Close
Bono
from Dublin, Ireland
May 10, 1960 (age 59)
Biography
Singer, poet, activist, believer: few icons in the history of rock & roll have created art with the consciousness and passion of Bono, and only a handful have done it as successfully. Whether preaching about "three chords and the truth" or donning ironic personas, the first and only frontman for seminal Irish rock band U2 has always stood unequivocally for hope, faith, and love -- and in so doing has touched millions of fans, as well as sold millions of records.

Bono was born Paul Hewson on May 10, 1960, in Dublin, Ireland. His father Bobby, a postal worker, was Catholic, while his mother Iris was Protestant. Young Paul was raised in a spiritual atmosphere, but because he came from a mixed marriage he was never fully welcomed in either the Catholic or Protestant churches. This personal understanding of the religious strife in Ireland -- along with the sudden death of his mother when he was 14 -- were to be major influences on his songwriting in U2's early years.

The band that would become U2 formed in October 1976, after drummer Larry Mullen Jr. placed a note on his high school bulletin board seeking musicians for a rock group. Hewson -- along with guitarist Dave Evans and bassist Adam Clayton -- made the cut at the first meeting in the drummer's kitchen. Although he couldn't sing, Hewson's commanding personality landed him the job as frontman. Bono allegedly picked up his nickname from the Latin phrase Bono Vox ("good voice"), but it was initially his charismatic stage presence that helped U2 gain a reputation for live performance. U2's relentless touring schedule quickly boosted his vocal prowess, however, and by the time of the band's groundbreaking 1983 War release, Bono had developed a soaring tenor. Within four years it would become one of the most recognizable voices in popular music.

In 1987, U2 rose to superstardom with The Joshua Tree and Bono was quickly placed in the center of international media attention. His righteously candid interviews -- combined with a tendency to preach on stage -- eventually made him the target for the press' more cynical circles. After touring for over the better part of three years at the end of the '80s, U2 temporarily stepped out of the public eye and disappeared to Berlin to record a new album. The band returned in 1991 with Achtung Baby, which represented a complete musical reinvention for U2. The industrial-influenced album was darker and sexier than previous U2 albums -- a change paralleled by Bono's adoption of new stage presences. During the supporting Zoo TV tour, he sarcastically assumed the shiny black leather persona of a prototypical rock star called the Fly and appeared during encores in America as Mirrorball Man (a corrupt televangelist). In the rest of the world, he also introduced the character of Mister Macphisto (the devil portrayed as an aging rock god).

With occasional help from guitarist the Edge, Bono has penned all of U2's lyrics, often favoring unconventional subject matter over typical rock & roll fare. His material has ranged from the turmoil of adolescence, to politics, to religion. Straight-up love songs are conspicuously absent from the group's first four albums, and Bono didn't fully embrace the love song until he incorporated it in the shadowy textures of Achtung Baby. Bono has cited numerous influences on his lyrics, particularly his role in social projects.

Bono's resume includes an exhaustive section on social activism. In 1984, he appeared on Band Aid's charity recording Do They Know It's Christmas? After U2's historic Live Aid performance in 1985, he traveled to Ethiopia with his wife Ali; there, they spent several weeks helping with an education and famine relief project. In 1986, U2 headlined Amnesty International's Conspiracy of Hope tour. Bono also performed at 1999's Net Aid, a concert broadcasted live over the Internet that raised money to relieve third world debts, and began involving himself with more poverty-related organizations during the following years. His next extensive social campaign was Jubilee 2000, another project orchestrated to cancel third world debts with the help of supports like Radiohead's Thom Yorke, Live Aid organizer Bob Geldof, and producer Quincy Jones. During the Jubilee 2000 campaign, Bono spoke before the United Nations and the United States Congress and met with key figures such as Pope John Paul II and Bill Clinton. He later formed the One campaign and continued meeting with world leaders, sidestepping partisan politics in order to reach as many people as possible.

Bono's personal life proved to be a good bit calmer than his public persona. He married longtime sweetheart Alison Stewart in 1982. They have two daughters, Jordan and Memphis Eve, and two sons, Elijah and John Abraham. ~ Jonathan Miller, Rovi 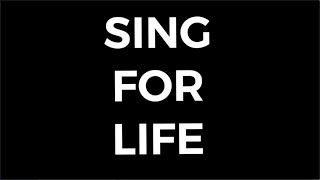 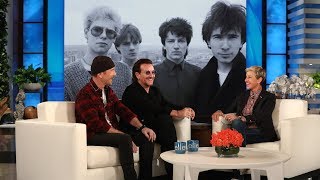 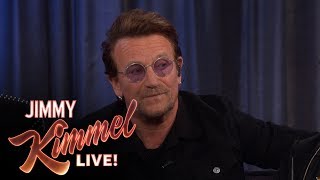 Bono Reveals How He Feels About Donald Trump 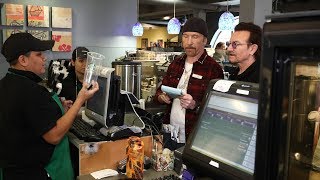 Bono & The Edge Are Ellen's Assistants for the Day, Part 2 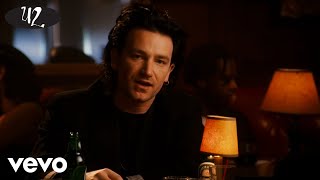 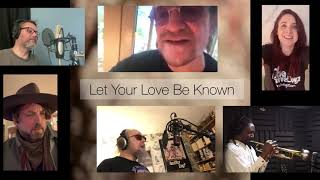 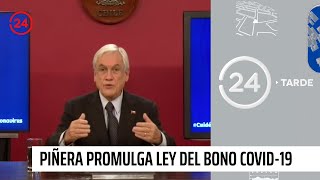