Close
Graham Nash
from Blackpool, Lancashire, England
February 2, 1942 (age 79)
Biography
Graham Nash played a pivotal part in at least two of the major musical movements of the classic rock era. He started his professional career as a member of the Hollies, a pioneering British Invasion group who defined a specific segment of '60s harmony-laden guitar pop. Once he left the band, he joined forces with Stephen Stills of Buffalo Springfield and David Crosby of the Byrds to form the supergroup Crosby, Stills Nash, a trio that helped usher in the transition from hippie folk-rock to the reflective singer/songwriters of the '70s. Nash entered the Rock & Roll Hall of Fame with both groups but his career wasn't limited to those two bands. Beginning with 1971's Songs for Beginners, he maintained a concurrent solo recording career, releasing new albums every so often, and he also busied himself with philanthropy and photography. The latter endeavor proved particularly lucrative, resulting in auctions in Sotheby's, exhibitions, and publications of his own work, but his success as a photographer couldn't overshadow his long musical legacy. The 2006 collection On a Carousel, 1963-1974: The Ultimate Hollies is an excellent sampler dominated by his era with the group, 1969's Crosby, Stills Nash was the trio's defining work, and Nash's solo career was bookended by a pair of his strongest efforts, Songs for Beginners and 2016's This Path Tonight.

Born in Blackpool, England but raised in Manchester, Nash started playing music as a teenager, picking up the guitar during Britain's skiffle craze of the mid-'50s. In 1955, he formed the Two Teens with his schoolmate Allan Clarke and the pair performed regularly over the next few years, eventually drifting from skiffle to rock & roll. When they attempted to sound like the Everly Brothers they called themselves Ricky Dane and after they bought Guytone electric guitars, they switched their name to the Guytones. By 1960, the duo were playing in a band called the Fourtones when they were recruited to supplement the Deltas, which featured bassist Eric Haydock and drummer Don Rathbone. Once the group added lead guitarist Tony Hicks in 1961, the band underwent one final name change, dubbing themselves the Hollies in a salute to chief inspiration Buddy Holly.

Signing with EMI in 1963, the Hollies had their first U.K. Top Ten hit later that year with a cover of Maurice Williams the Zodiacs' "Stay." Their subsequent 1963 and 1964 British hits were covers, with the band releasing their first original, "We're Through" -- written by Nash, Clarke, and Hicks under the pseudonym "L. Ransford" -- in late 1964. The Hollies' golden era began in 1965, when "I'm Alive" became their first -- and only -- number one British hit, and "Look Through Any Window" brought them into the American Top 40. Over the next few years, the band racked up big hits on both side of the Atlantic, most of them written by Nash, Clarke, and Hicks: "Stop Stop Stop" in 1966, "On a Carousel," "Carrie Anne," and "King Midas in Reverse," all from 1967.

Following the Nash/Clarke collaboration "Jennifer Eccles," a hit in March of 1968, Nash grew creatively frustrated in the Hollies, finding them not suited for his new material and desiring to be solely credited for his compositions. He was also finding kindred spirits in California, particularly in the form of David Crosby and Stephen Stills. By the end of the year, Nash departed the group and officially formed a trio with this pair of folk-rockers.

Crosby, Stills Nash released their eponymous debut in May of 1969 and it slowly became a sensation. Its singles -- Nash's "Marrakesh Express," which was rejected by the Hollies, and Stills' "Suite: Judy Blue Eyes" -- didn't crack the Billboard Top 20, but the album received strong word of mouth, working its way to number six on the Billboard Top 200 and quadruple platinum certification on its way to legendary status. As crucial as the album's commercial performance to Crosby, Stills Nash's popularity was the group's appearance at the Woodstock Festival in August 1969. As a studio creation, CSN had yet to play live, so they decided to recruit a fourth member to help fill out the group's sound. After some negotiation, the trio agreed to bring Stills' former Buffalo Springfield sparring partner Neil Young aboard. Young played at Woodstock and recorded 1970's Déjà Vu with the group. Two of Nash's songs, "Teach Your Children" and "Our House," were chosen as singles and while neither made it onto the Billboard Top 10, they'd turn into enduring classics of the era.

Crosby, Stills, Nash Young supported Déjà Vu with a tour in 1970, but by the time the concert souvenir Four Way Street -- a double album assembled by Nash -- appeared in 1971, the group had split due to interpersonal tensions. Nash delivered his solo debut, Songs for Beginners, an album featuring cameos by Dave Mason, Jerry Garcia, and Rita Coolidge, in May 1971. Reaching number 15 on Billboard's Top 200 and eventually going gold, Songs for Beginners was the most successful of Nash's solo albums but during the '70s, he only released one other: Wild Tales, which arrived in 1973, peaking at number 34. When Crosby, Stills Nash weren't active as a group, Nash worked in a duo with Crosby. Their first album, Graham Nash/David Crosby, appeared in 1972; it topped out at number four, earning a gold certification that first year of release.

Neil Young rejoined Crosby, Stills Nash for a groundbreaking 1974 tour that helped push rock into sports stadiums. Once their road obligations were fulfilled, the quartet went their separate ways, with Crosby & Nash releasing two additional studio albums -- Wind on the Water (1975) and Whistling Down the Wire (1976) -- along with a live album. By the time Crosby/Nash: Live appeared in 1977, the duo patched up their relationship with Stills, and the trio put out CSN, which turned into a hit thanks in part to the number seven hit "Just a Song Before I Go." The group splintered after completing tours in 1977 and 1978, and the alliance between Crosby and Nash didn't last much longer, either, due to Crosby's increasing substance abuse problems. A fourth Crosby Nash album turned into the third Graham Nash solo album Earth Sky; it peaked at number 80 upon its 1980 release.

Nash and Stills planned to record their first album as a duo in 1980 but Atlantic insisted on Crosby's participation, so 1982's Daylight Again turned into a Crosby, Stills Nash record. Thanks to a pair of hits -- Nash's "Wasted on the Way" and Stills' revision of the Curtis Brothers' "Southern Cross" -- Daylight Again turned into a success, and this time the trio were able to sustain a partnership for regular tours, a union that withstood solo projects and personal problems. As CSN toured steadily, Nash continued to pursue photography and philanthropy along with extracurricular musical projects. He joined the reunited Hollies in 1983 for the What Goes Around album and its supporting tour, then released Innocent Eyes, his fourth solo album, in 1986. Young unexpectedly returned to the fold for the 1988 American Dream album, but he refused to support the album with a tour. Crosby, Stills Nash carried on without him, releasing Live It Up in 1990 and After the Storm in 1994, and touring annually.

CSNY reunited for 1999's Looking Forward and the band supported it with tours in 2000. The group also toured in 2002, the same year Nash revived his solo career with Songs for Survivors. Over the next decade, Nash toured with CSN while turning his attention toward archival projects, curating comprehensive box sets concerning the solo work of the trio, along with a hefty set documenting their 1974 tour. Nash published an autobiography, Wild Tales: A Rock & Roll Life, in 2013 and not long afterward, long-simmering tensions boiled over in the group. In early 2016, Nash announced he would never work with Crosby again, effectively bringing an end to CSN. This announcement coincided with the release of This Path Tonight, Nash's first album in 14 years.

In 2018, Nash issued the collection Over the Years, a sampler of his best and best-known post-Hollies recordings, which included a bonus disc of unreleased songwriting demos. In December of that year, Nash made a surprise appearance with venerable indie rockers Yo La Tengo at one of the group's Hanukkah shows. To celebrate the 50th anniversary of the release of Déjà Vu, Nash helped coordinate a 2021 expanded reissue that included enough demos, outtakes, and alternate versions to fill a three-CD and two-LP box set. ~ Stephen Thomas Erlewine, Rovi 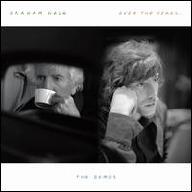 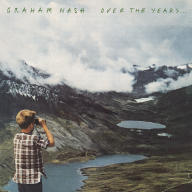 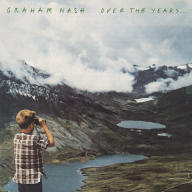 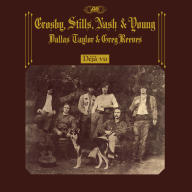 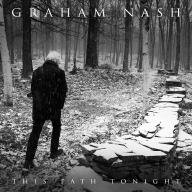 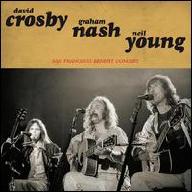 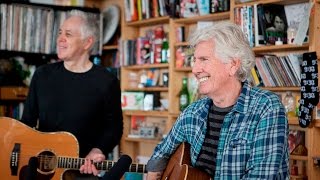 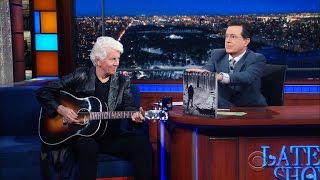 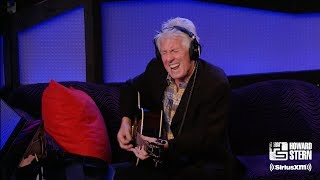 Graham Nash “Ohio” on the Howard Stern Show in 2013 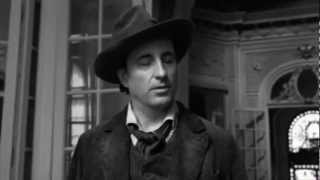 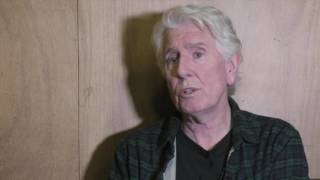 Graham Nash on David Crosby: He tore the heart out of CSNY 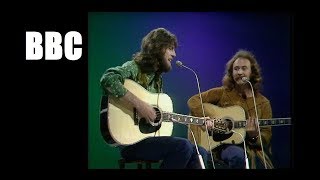 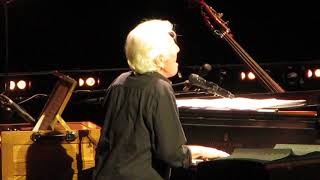