Close
Tony Hicks
from Nelson, Lancashire, England
December 16, 1945 (age 74)
Biography
There isn't a separate entry on Tony Hicks in most music guides, mostly because he has only been a member of one group, the Hollies, in the course of nearly 40 years as a professional musician, and has never pursued a solo career. Yet his guitar is one of the most distinctive and enduring sounds to come out of the British Invasion, and much of his playing on those classic records is still recognizable to millions of listeners at the outset of the 21st century as surely as is the work of George Harrison, Keith Richards, or Pete Townshend. And his work on the sitar, dulcimer, banjo, and other unusual instruments in the psychedelic era made him nearly as distinct a voice through the Hollies as Brian Jones or George Harrison were through the Rolling Stones or the Beatles, respectively.

Born Tony Christopher Hicks on December 16, 1945, Tony Hicks gravitated toward music at an early age, and proved to be a natural guitarist. He began playing with a skiffle band called the Skifflelets at the tail end of the skiffle boom. By 1962, he was playing with a local group from Nelson, in Lancashire, called Ricky Shaw the Dolphins, alongside drummer Bobby Elliott and bassist Bernie Calvert. The Hollies were a rival band who seemed to be on the edge of bigger things, when they ran into a hurdle -- their guitarist, Vic Steele, decided that he couldn't become a full-time musician -- and the group's manager, Allan Cheetham, found Hicks. The group knew him and his work and were impressed, but at the time, he hadn't planned on turning professional either, and was working as an apprentice electrician. He was persuaded to join after seeing the Hollies perform at the Oasis club in Manchester, and learned from Graham Nash that the group was scheduled to cut a demo for EMI's Parlophone Records.

Hicks joined as the group's lead guitarist, generating distinctive Chet Atkins -, Eddie Cochran -, and Chuck Berry-style licks on their early sides and quickly evolving into a rock guitar virtuoso, fluent in a multitude of styles and idioms. He took over virtually all of their guitar chores after their first few sides, Graham Nash's contribution on rhythm guitar becoming superfluous in short order. Officially, Nash continued playing rhythm guitar, but he soon unplugged his instrument on-stage and left Hicks with complete responsibility in that area, which greatly toughened up their sound in live performance. Indeed, it's one of the stranger ironies that the Hollies, often perceived as a pop/rock group because of their high harmonies and melodic singles, generated a sound on-stage behind Hicks' playing more akin to the high-energy rock roll of the Who or Johnny Kidd the Pirates.

Additionally, Hicks quickly began writing songs and later started singing. He was part of the group's in-house songwriting team, initially known as L. Ransford (later simply Clarke/Hicks/Nash), and was the "to" in their publishing company, Gralto Music (later Alto Music), with Graham Nash and Allan Clarke. By the mid- to late '60s, his voice -- after a rough early start -- was an integral part of the group's sound, and he even sang lead on a few tracks, including Pegasus, a gorgeous psychedelic-style lullaby that he wrote for the Butterfly album in 1967.

Sadly, because of the fact that the group's records emphasized their singing, and because the Hollies later got pegged as a softer rock group, Hicks has never gotten credit for the quality of his guitar playing. He was more than a match for such rivals as George Harrison or Keith Richards, but not recognized in the way that those members of the Beatles and the Rolling Stones were, respectively.

As part of the Hollies' songwriting team, Hicks exerted a further major influence on their sound. He often found himself in the position, as a composer and guitarist, of putting a brake on the more daring musical impulses of Graham Nash. He always added something special and unusual to the group's sound, however -- in a 1996 interview, he specifically mentioned the banjo part on Stop! Stop! Stop!, a major hit and still part of the group's set, which, he added, resulted in his having to haul a banjo around the world with his guitars for the next four decades. He also played the sitar, dulcimer, and any number of exotic instruments called for during their psychedelic and early pop/rock periods.

Additionally, Hicks prides himself on his ear when it comes to hearing a potential hit. More than the other members of the group, he loves spending time going to publishers' offices and checking out demo records and auditioning songs, and is pleased to point out that he was responsible for finding He Ain't Heavy (He's My Brother) and many of the other outside songs with which the group had hits during the '60s.

In the early '70s, Hicks teamed up with his friend, Kenny Lynch, a songwriter and vocalist (best remembered for having been the first artist ever to record a Lennon/McCartney song, Misery, in early 1963), to write a number of Hollies tunes on the Distant Light, Romany, and Out on the Road albums, including the hit single Long Dark Road. Hicks also took charge of one of the Hollies' rare offshoot projects, the band Taggett, who recorded an album (with Hicks as producer) for United Artists in 1974 that included a new version of the Hollies song (off of Romany) Delaware Taggett and the Outlaw Boys. Hicks remained an active musician with the Hollies and, in the wake of the retirement of lead singer Allan Clarke in February of 2000, became the longest serving member of the group. ~ Bruce Eder, Rovi 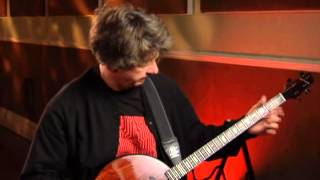 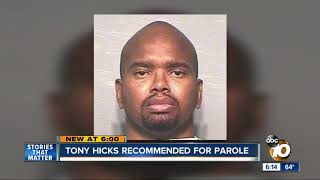 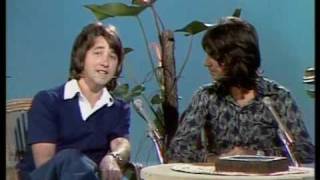 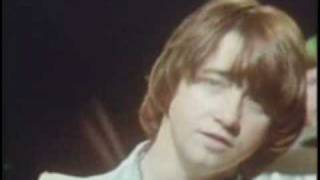 Tony Hicks of The Hollies 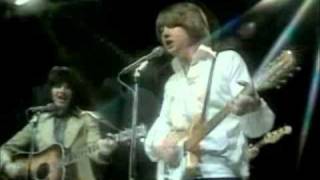 Confessions of a mind - Tony Hicks (The Hollies) 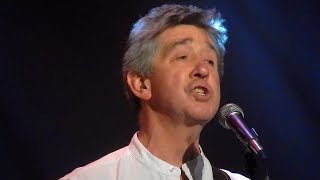 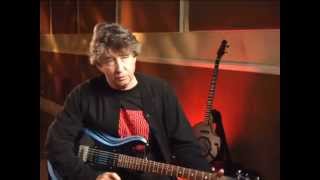