Close
Andrew Calhoun
from New Haven, CT
November 30, 1957 (age 64)
Biography
An American folk singer, songwriter, poet, author, and record label owner, Andrew Calhoun emerged out of the Chicago folk scene in the early '80s, recording albums like Water Street (1983) and Gates of Love (1984) for small regional labels Hogeye and Flying Fish. In the early '90s, he went on to found the artist-run co-op label Waterbug Records, which, along with his own material, helped promote and distribute singer/songwriters and folk artists like Chuck Brodsky and Jonathan Byrd. In addition to his own songwriting, Calhoun has released an album of Baroque and classical guitar instrumentals (1990's Banks of Sweet Primroses), traditional Scottish fare like 2004's Telfer's Cows: Folk Ballads of Scotland, a 2008 collection of African-American spirituals called Bound to Go, and published books of poetry, humor, and translations of Robert Burns poems.

Born in 1957 in New Haven, Connecticut to a Bell Laboratories technician and a high school teacher who fed him a steady diet of poetry, Calhoun had an early affinity for words and, at the promise of earning a nickel, memorized W.B. Yeats' "Song of Wandering Aengus" at the age of seven. After his family moved in the late '60s to Naperville, Illinois, he learned guitar from a teenage runaway his mother had taken in. In 1970 he and his siblings were taken by their parents to hear John Prine sing in Chicago, and Calhoun began writing his own songs not long after. He spent the next few years schooling himself in folk music, listening to artists like Bob Dylan, Kris Kristofferson, Elizabeth Cotten, Joseph Spence, Ewan MacColl, and Martin Carthy, the latter of whom had a lasting influence on his approach over the years. Lying about his age, he spent the summer of his 15th year working in a Chicago garment factory in order to earn enough money to buy a Martin D-28 guitar. Once he had his driver's license, he spent his weekends driving into Chicago to play open mikes at folk clubs and immerse himself in the city's bustling folk scene.

After years of gigging regionally, Calhoun began his recording career with 1982's Water Street on the short-lived Hogeye Records label out of Evanston, Illinois. He toured frequently throughout the '80s, playing folk festivals, clubs, pubs, and house concerts, releasing two more albums, Gates of Love (1984) and Walk Me to the War (1987), for the more established Flying Fish label. He published his first book of poetry, Twenty Four Poems, in 1989. By 1990, he'd devoted much of his time to solo guitar music and self-released a cassette of some folk and classical instrumentals called Banks of Sweet Primroses. He also briefly formed a duo with Celtic folk artist Kat Eggleston, yielding a pair of collaborative albums that were issued independently during that same period. In 1992, Calhoun founded the artist-run cooperative folk label Waterbug Records to handle both his own releases and to support fellow singer/songwriters and traditional folk musicians. Since its formation, Waterbug has released and distributed music by a diverse roster including Sloan Wainwright, Dar Williams, Chuck Brodsky, Annie Gallup, Anaïs Mitchell, Erin McKeown, and Devon Sproule. Calhoun's own debut for his label, Hope, arrived in 1993, and by the decade's end he'd added Phoenix Envy (1996) and Where Blue Meets Blue (1999) to his growing catalog.

Moving to Portland, Oregon, in 1999, Calhoun met the folk duo Dave Carter and Tracy Grammer, and they became close friends. Prior to Carter's death in 2002, the duo joined Calhoun on his album Tiger Tattoo, which appeared in 2003 and was followed by a lengthy tour. An obsession with translating traditional Scottish ballads from old Scots dialect resulted in 2004's Telfer's Cows: Folk Ballads of Scotland, which he followed up that same year with the original set Shadow of a Wing. The year 2005 saw the publication of another poetry book, Hay, as well as the album Staring at the Sun, which offered new recordings of songs he'd written prior to his debut album. Calhoun's musical interests have always been wide-ranging, and he has often taken a scholarly approach to unearthing arcane material. His next release, 2008's Bound to Go: African-American Spirituals and Secular Songs, fell into this category and included extensively researched liner notes and a lengthy 35 songs. It also marked the first duet appearance with his daughter, Casey Calhoun, who would later join him for a full album.

Released in 2011, Grapevine found Calhoun reinterpreting a number of jazz tunes, while 2013's Living Room saw him return to all-original material. He also published a book of humor called The Trilogy Trilogy in 2012. Over the next several years, his attentions turned once again to Scotland as he prepared the extensive double-album Rhymer's Tower: Ballads of the Anglo-Scottish Border, which was released in 2017. Tying in thematically was the publication of his next book, an English translation of Robert Burns poems called Warlock Rhymer. The following year brought the duo album Skeins with his daughter Casey. ~ Timothy Monger, Rovi 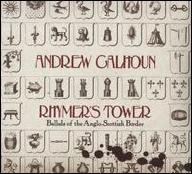 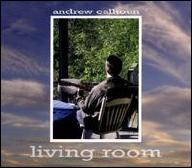 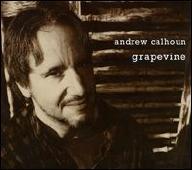 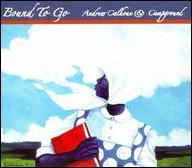 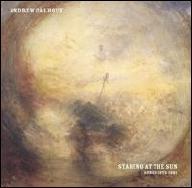 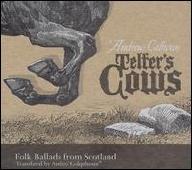 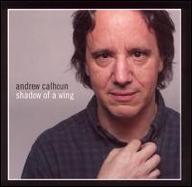 Shadow of a Wing
2004
Videos
Close 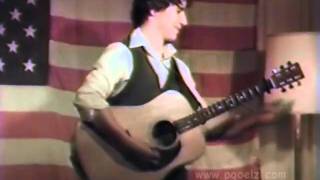 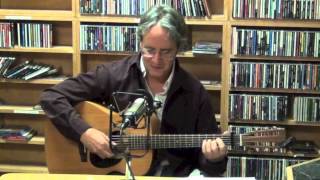 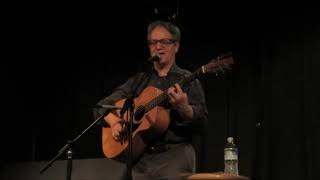 The Gates of Love - Andrew Calhoun 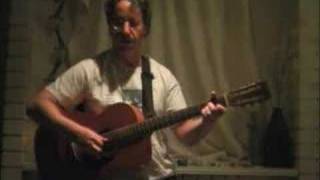 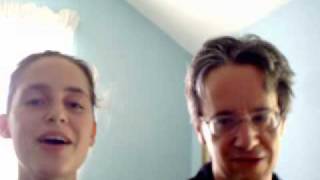 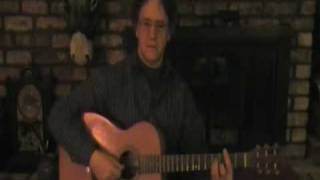