Close
Mark Turner
from Fairborn, OH
November 10, 1965 (age 54)
Biography
A highly inventive saxophonist, Mark Turner has found acclaim with his meticulous, harmonically rich approach to modern creative jazz. Drawing upon the innovative sound of artists like John Coltrane, Warne Marsh, and Joe Henderson, Turner emerged in the early '90s playing his cerebral, classical-influenced brand of jazz. He gained early acclaim on albums like 1998's In This World and 2001's Dharma Days, working alongside such similarly inclined contemporaries as Brad Mehldau, Kurt Rosenwinkel, and Brian Blade. Beginning with 2009's Sky and Country, he built a close association with the ECM label, splitting his time between collaborating with his Fly trio (with bassist Larry Grenadier and drummer Jeff Ballard), and helming his solo dates like the ambitious 2014 quartet album Lathe of Heaven.

Born in Fairborn, Ohio in 1965, Turner grew up in Southern California where his parents exposed him to a fertile mix of jazz, R&B, and gospel. Starting out on clarinet in elementary school, he quickly gravitated to the saxophone, inspired in part by the fact that his father, who died when Turner was not yet two, had played the instrument. While music was a driving passion, he initially studied design and illustration at California State University, Long Beach and played in various jazz ensembles before transferring to Boston's renowned Berklee College of Music. During these years, he studied his idols, dissecting the solos of artists like John Coltrane, Lester Young, Joe Henderson, Warne Marsh, and others. Graduating in 1990, he moved to New York City, where he quickly found himself an in-demand performer, playing live and recording with Leon Parker, Ryan Kisor, and Jimmy Smith. He also began leading his groups, and by the early '90s, had begun developing his own distinctive approach to jazz, playing highly intellectual, probing solos rife with nuanced harmonies and motivic development. It was a sound he displayed on his 1995 Criss Cross debut, Yam Yam, playing alongside the similarly thoughtful talents of guitarist Kurt Rosenwinkel, pianist Brad Mehldau, bassist Larry Grenadier, and drummer Jorge Rossy.

In the late '90s he signed with Warner Bros. and issued a handful of highly regarded and deeply probing albums including 1998's Mark Turner, in which he was joined by fellow rising sax star Joshua Redman, and 1998's In This World, with Mehldau and drummer Brian Blade. He finished out his run at Warner with 2001's Dharma Days, a quartet date once again featuring guitarist Rosenwinkel, as well as bassist Reid Anderson and drummer Nasheet Waits.

Around this time, the birth of Turner's first child found him pulling back from leading his own groups. Instead, he took on session work, working often as a member of Rosenwinkel's band, and appearing on albums by saxophonist Lee Konitz, bassist Joe Martin, and vibraphonist Matthias Lupri. Turner made a brief return to his own work issuing Fly, the eponymous debut album from his trio with bassist Grenadier, and drummer Jeff Ballard. There were also dates with bassist Omer Avital, saxophonist David Binney, drummer Billy Hart, and others. Returning to more active work as a leader, Turner signed with ECM and released Sky and Country, his second trio album with Fly. A third Fly album followed for the label in 2012's Year of the Snake. Also that year, joined drummer Hart, Bad Plus pianist Ethan Iverson, and bassist Ben Street for All Our Reasons, also on ECM. He then paired with pianist Baptiste Trotignon for the duo album Dusk Is a Quiet Place on the Naïve label. In This World
Videos
Close 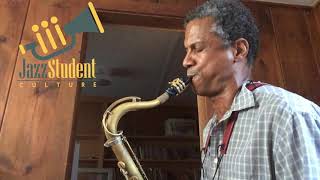 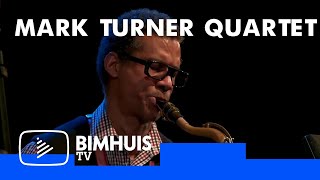 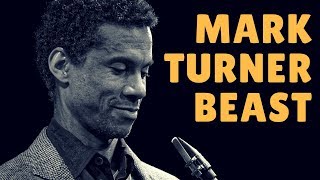 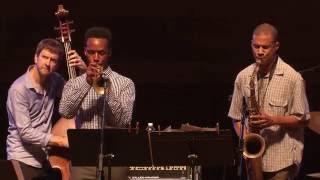 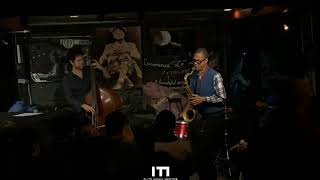 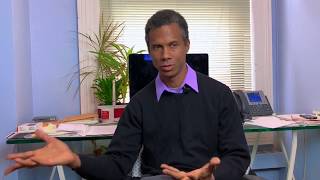 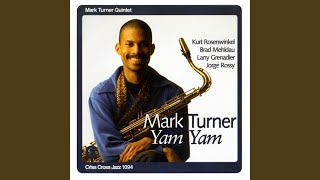