Close
Lucky Thompson
from Columbia, SC
June 16, 1924 - July 30, 2005 (age 81)
Biography
Born in Columbia, South Carolina on June 16, 1924, tenor saxophonist Lucky Thompson bridged the gap between the physical dynamism of swing and the cerebral intricacies of bebop, emerging as one of his instrument's foremost practitioners and stylist par excellence. Eli Thompson's lifelong nickname -- the byproduct of a jersey, given him by his father, with the word "lucky" stitched across the chest -- would prove bitterly inappropriate: when he was five, his mother died, and the remainder of his childhood, spent largely in Detroit, was devoted to helping raise his younger siblings. Thompson loved music, but without hope of acquiring an instrument of his own, he ran errands to earn enough money to purchase an instructional book on the saxophone, complete with a fingering chart. He then carved imitation lines and keys into a broom handle, teaching himself to read music years before he ever played an actual sax. According to legend, Thompson finally received his own saxophone by accident -- a delivery company mistakenly dropped one off at his home along with some furniture, and after graduating high school and working briefly as a barber, he signed on with Erskine Hawkins' 'Bama State Collegians, touring with the group until 1943, when he joined Lionel Hampton and settled in New York City.

Soon after his arrival in the Big Apple, Thompson was tapped to replace Ben Webster during his regular gig at the 52nd Street club the Three Deuces -- Webster, Coleman Hawkins, Lester Young, and Art Tatum were all in attendance at Thompson's debut gig, and while he deemed the performance a disaster (a notorious perfectionist, he was rarely, if ever, pleased with his work), he nevertheless quickly earned the respect of his peers and became a club fixture. After a stint with bassist Slam Stewart, Thompson again toured with Hampton before joining singer Billy Eckstine's short-lived big band that included Charlie Parker, Dizzy Gillespie, and Art Blakey -- in other words, the crucible of bebop. Although he played on some of the earliest and most influential bop dates, Thompson never fit squarely within the movement's paradigm -- his playing boasted an elegance and formal power all his own, with an emotional depth rare among the tenor greats of his generation. He joined the Count Basie Orchestra in late 1944, exiting the following year while in Los Angeles and remaining there until 1946, in the interim playing on and arranging a series of dates for the Exclusive label. Thompson returned to the road when Gillespie hired him to replace Parker in their epochal combo -- he also played on Parker's landmark March 28, 1946 session for Dial, and that same year was a member of the Charles Mingus and Buddy Collette-led Stars of Swing who, sadly, never recorded.

Thompson returned to New York in 1947, leading his own band at the famed Savoy Ballroom. The following year, he made his European debut at the Nice Jazz Festival, and went on to feature on sessions headlined by Thelonious Monk and Miles Davis (the seminal Walkin'). Backed by a group dubbed the Lucky Seven that included trumpeter Harold Johnson and altoist Jimmy Powell, Thompson cut his first studio session as a leader on August 14, 1953, returning the following March. For the most part he remained a sideman for the duration of his career, but enjoyed a particularly fruitful collaboration with Milt Jackson that yielded several LPs during the mid-'50s. But many musicians, not to mention industry executives, found Thompson difficult to deal with -- he was notoriously outspoken about what he considered the unfair power wielded over the jazz business by record labels, music publishers, and booking agents, and in February 1956 he sought to escape these "vultures" by relocating his family to Paris. Two months later he joined Stan Kenton's French tour, even returning to the U.S. with Kenton's group, but he soon found himself blacklisted by Louis Armstrong's manager, Joe Glaser, after a bizarre conflict with the beloved jazz pioneer over which musician should be the first to leave their plane after landing. Without steady work, he returned to Paris, cutting several sessions with producer Eddie Barclay.

Thompson remained in France until 1962, returning to New York and a year later headlining the Prestige LP Plays Jerome Kern and No More, which featured pianist Hank Jones. Around this same time his wife died, and in addition to struggling to raise their children on his own, Thompson's old battles with the jazz power structure remained, and in 1966 he formally announced his retirement in the pages of Down Beat magazine. Within a few months he returned to active duty, but remained frustrated with the industry and his own ability -- during the March 20, 1968 date captured on the Candid CD Lord, Lord Am I Ever Gonna Know?, he says "I feel I have only scratched the surface of what I know I am capable of doing." From late 1968 to 1970, Thompson lived in Lausanne, Switzerland, touring widely across Europe before returning the U.S., where he taught music at Dartmouth University and in 1973 led his final recording, I Offer You. The remaining decades of Thompson's life are in large part a mystery. He spent several years living on Ontario's Manitoulin Island before relocating to Savannah, Georgia, trading his saxophones in exchange for dental work. He eventually migrated to the Pacific Northwest, and after a long period of homelessness moved into Seattle's Columbia City Assisted Living Center in 1994. Thompson remained in assisted care until his death on July 30, 2005. ~ Jason Ankeny, Rovi 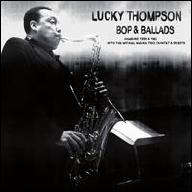 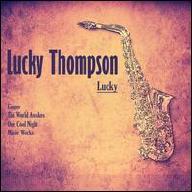 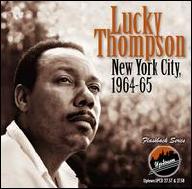 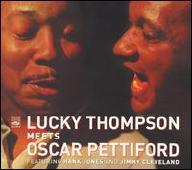 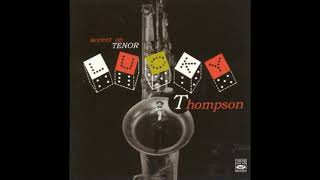 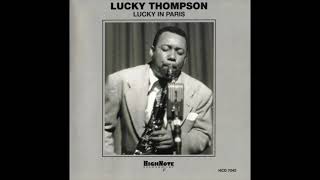 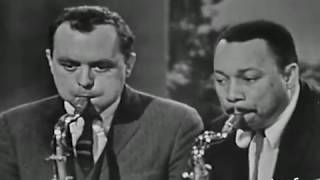 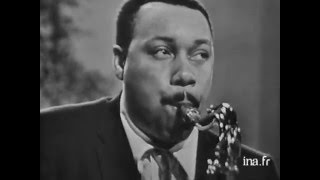 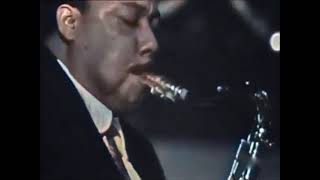 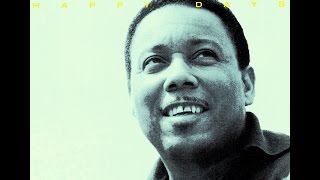 Lucky Thompson - You Don't Know What Love Is 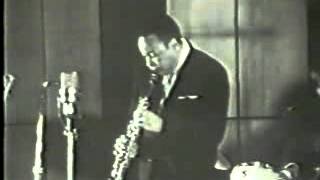