Close
Dizzy Gillespie
from Cheraw, SC
October 21, 1917 - January 6, 1993 (age 75)
Biography
Dizzy Gillespie's contributions to jazz were huge. One of the greatest jazz trumpeters of all time (some would say the best), Gillespie was such a complex player that his contemporaries ended up copying Miles Davis and Fats Navarro instead, and it was not until Jon Faddis' emergence in the 1970s that Dizzy's style was successfully recreated. Somehow, Gillespie could make any "wrong" note fit, and harmonically he was ahead of everyone in the 1940s, including Charlie Parker. Unlike Bird, Dizzy was an enthusiastic teacher who wrote down his musical innovations and was eager to explain them to the next generation, thereby insuring that bebop would eventually become the foundation of jazz.

Dizzy Gillespie was also one of the key founders of Afro-Cuban (or Latin) jazz, adding Chano Pozo's conga to his orchestra in 1947, and utilizing complex poly-rhythms early on. The leader of two of the finest big bands in jazz history, Gillespie differed from many in the bop generation by being a masterful showman who could make his music seem both accessible and fun to the audience. With his puffed-out cheeks, bent trumpet (which occurred by accident in the early '50s when a dancer tripped over his horn), and quick wit, Dizzy was a colorful figure to watch. A natural comedian, Gillespie was also a superb scat singer and occasionally played Latin percussion for the fun of it, but it was his trumpet playing and leadership abilities that made him into a jazz giant.

The youngest of nine children, John Birks Gillespie taught himself trombone and then switched to trumpet when he was 12. He grew up in poverty, won a scholarship to an agricultural school (Laurinburg Institute in North Carolina), and then in 1935 dropped out of school to look for work as a musician. Inspired and initially greatly influenced by Roy Eldridge, Gillespie (who soon gained the nickname of "Dizzy") joined Frankie Fairfax's band in Philadelphia. In 1937, he became a member of Teddy Hill's orchestra in a spot formerly filled by Eldridge. Dizzy made his recording debut on Hill's rendition of King Porter Stomp and during his short period with the band toured Europe. After freelancing for a year, Gillespie joined Cab Calloway's orchestra (1939-1941), recording frequently with the popular bandleader and taking many short solos that trace his development; Pickin' the Cabbage finds Dizzy starting to emerge from Eldridge's shadow. However, Calloway did not care for Gillespie's constant chance-taking, calling his solos "Chinese music." After an incident in 1941 when a spitball was mischievously thrown at Calloway (he accused Gillespie but the culprit was actually Jonah Jones), Dizzy was fired.

By then, Gillespie had already met Charlie Parker, who confirmed the validity of his musical search. During 1941-1943, Dizzy passed through many bands including those led by Ella Fitzgerald, Coleman Hawkins, Benny Carter, Charlie Barnet, Fess Williams, Les Hite, Claude Hopkins, Lucky Millinder (with whom he recorded in 1942), and even Duke Ellington (for four weeks). Gillespie also contributed several advanced arrangements to such bands as Benny Carter, Jimmy Dorsey, and Woody Herman; the latter advised him to give up his trumpet playing and stick to full-time arranging.

Dizzy ignored the advice, jammed at Minton's Playhouse and Monroe's Uptown House where he tried out his new ideas, and in late 1942 joined Earl Hines' big band. Charlie Parker was hired on tenor and the sadly unrecorded orchestra was the first orchestra to explore early bebop. By then, Gillespie had his style together and he wrote his most famous composition A Night in Tunisia. When Hines' singer Billy Eckstine went on his own and formed a new bop big band, Diz and Bird (along with Sarah Vaughan) were among the members. Gillespie stayed long enough to record a few numbers with Eckstine in 1944 (most noticeably Opus X and Blowing the Blues Away). That year he also participated in a pair of Coleman Hawkins-led sessions that are often thought of as the first full-fledged bebop dates, highlighted by Dizzy's composition Woody'n You.

1945 was the breakthrough year. Dizzy Gillespie, who had led earlier bands on 52nd Street, finally teamed up with Charlie Parker on records. Their recordings of such numbers as Salt Peanuts, 'Shaw Nuff, Groovin' High, and Hot House confused swing fans who had never heard the advanced music as it was evolving; and Dizzy's rendition of I Can't Get Started completely reworked the former Bunny Berigan hit. It would take two years for the often frantic but ultimately logical new style to start catching on as the mainstream of jazz. Gillespie led an unsuccessful big band in 1945 (a Southern tour finished it), and late in the year he traveled with Parker to the West Coast to play a lengthy gig at Billy Berg's club in L.A. Unfortunately, the audiences were not enthusiastic (other than local musicians) and Dizzy (without Parker) soon returned to New York.

The following year, Dizzy Gillespie put together a successful and influential orchestra which survived for nearly four memorable years. Manteca became a standard, the exciting Things to Come was futuristic, and Cubana Be/Cubana Bop featured Chano Pozo. With such sidemen as the future original members of the Modern Jazz Quartet (Milt Jackson, John Lewis, Ray Brown, and Kenny Clarke), James Moody, J.J. Johnson, Yusef Lateef, and even a young John Coltrane, Gillespie's big band was a breeding ground for the new music. Dizzy's beret, goatee, and "bop glasses" helped make him a symbol of the music and its most popular figure. During 1948-1949, nearly every former swing band was trying to play bop, and for a brief period the major record companies tried very hard to turn the music into a fad.

By 1950, the fad had ended and Gillespie was forced, due to economic pressures, to break up his groundbreaking orchestra. He had occasional (and always exciting) reunions with Charlie Parker (including a fabled Massey Hall concert in 1953) up until Bird's death in 1955, toured with Jazz at the Philharmonic (where he had opportunities to "battle" the combative Roy Eldridge), headed all-star recording sessions (using Stan Getz, Sonny Rollins, and Sonny Stitt on some dates), and led combos that for a time in 1951 also featured Coltrane and Milt Jackson. In 1956, Gillespie was authorized to form a big band and play a tour overseas sponsored by the State Department. It was so successful that more traveling followed, including extensive tours to the Near East, Europe, and South America, and the band survived up to 1958. Among the young sidemen were Lee Morgan, Joe Gordon, Melba Liston, Al Grey, Billy Mitchell, Benny Golson, Ernie Henry, and Wynton Kelly; Quincy Jones (along with Golson and Liston) contributed some of the arrangements. After the orchestra broke up, Gillespie went back to leading small groups, featuring such sidemen in the 1960s as Junior Mance, Leo Wright, Lalo Schifrin, James Moody, and Kenny Barron. He retained his popularity, occasionally headed specially assembled big bands, and was a fixture at jazz festivals. In the early '70s, Gillespie toured with the Giants of Jazz and around that time his trumpet playing began to fade, a gradual decline that would make most of his '80s work quite erratic. However, Dizzy remained a world traveler, an inspiration and teacher to younger players, and during his last couple of years he was the leader of the United Nation Orchestra (featuring Paquito D'Rivera and Arturo Sandoval). He was active up until early 1992.

Dizzy Gillespie's career was very well documented from 1945 on, particularly on Musicraft, Dial, and RCA in the 1940s; Verve in the 1950s; Philips and Limelight in the 1960s; and Pablo in later years. ~ Scott Yanow, Rovi 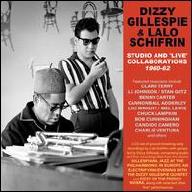 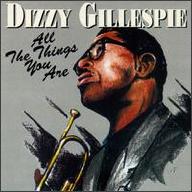 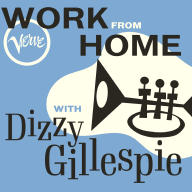 Work From Home with Dizzy Gillespie
2020 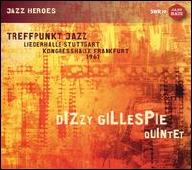 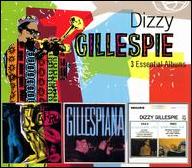 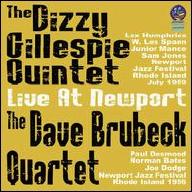 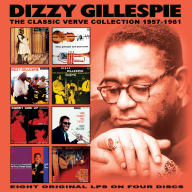 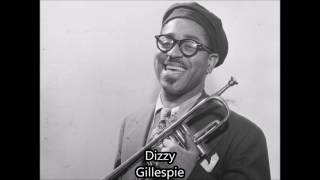 The Best of Dizzy Gillespie 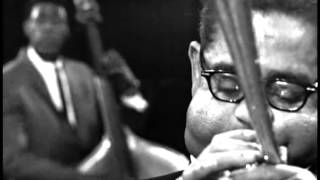 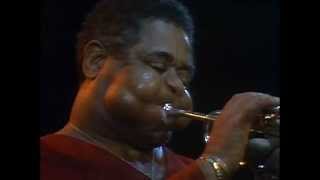 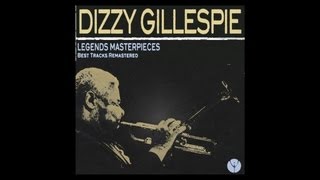 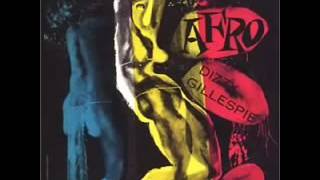 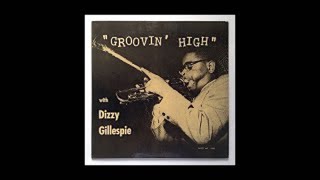