Close
Sonny Rollins
from New York, NY
September 7, 1930 (age 89)
Biography
Sonny Rollins is the most enduring tenor saxophonist of the bebop and hard bop eras, but also one of the greatest jazz saxophonists of all time. His fluid and harmonically innovative ideas and easily accessible sound have influenced generations of players. Nicknamed "Newk," he served early apprenticeships with bop masters from Bud Powell and Miles Davis to Max Roach Clifford Brown. After 1956's classic Saxophone Colossus was released, he was heralded as jazz's top tenorist. A year later, after Way Out West and A Night at the Village Vanguard (two pioneering pianoless trio dates), he entered a class of his own -- a reputation he never relinquished. Several of his own compositions, including "Oleo" and "Doxy," are jazz standards. Rollins retired twice early on: the first time, from 1959 through 1961 (when he practiced his horn on the Williamsburg Bridge), resulted in 1962's comeback album The Bridge. Between 1969 and 1971 he went on a spiritual sojourn to Jamaica and India. After returning, he had changed his style and, to a degree, his tone, as evidenced by 1978's Don't Stop the Carnival. As one of jazz's elder statesmen in the '90s and early 21st centuries, he proved an unbreakable connection between the music's historical lineage and modernity. He won Grammys for 2000's This Is What I Do and 2005's Without a Song: The 9/11 Concert, and a Lifetime Achievement Award. Rollins stopped performing in public in 2012 due to respiratory issues.

Born Theodore Walter Rollins in New York City on September 7, 1930, he had an older brother who played violin. At age nine, he took up piano lessons but discontinued them, took up the alto saxophone in high school, and switched to tenor after high school, playing local engagements. In 1948 he recorded with vocalist Babs Gonzales, then Bud Powell and Fats Navarro, and his first composition, "Audubon," was recorded by J.J. Johnson. Soon thereafter, Rollins quickly made the rounds with groups led by Tadd Dameron, Chicago drummer Ike Day, and Miles Davis in 1951, followed by his own recordings with Kenny Drew, Kenny Dorham, and Thelonious Monk.

In 1956 Rollins made his biggest move, joining the famous ensemble of Max Roach Clifford Brown, then formed his own legendary pianoless trio with bassist Wilbur Ware or Donald Bailey and drummer Elvin Jones or Pete La Roca in 1957, recording sessions at the Village Vanguard. Awards came from DownBeat and Playboy magazines, and recordings were made mainly for the Prestige and Riverside labels, but also for Verve, Blue Note, Columbia, and Contemporary Records -- all these factors coincided with Rollins' steadily rising star. Pivotal albums such as Tenor Madness (with John Coltrane), Saxophone Colossus (with longstanding partner Tommy Flanagan), and Way Out West (with Ray Brown and Shelly Manne), and collaborations with the Modern Jazz Quartet, Clark Terry, and Sonny Clark firmly established Rollins as a bona fide superstar. He also acquired the nickname "Newk" for his facial resemblance to Brooklyn/Los Angeles Dodgers pitcher Don Newcombe.

But between 1959 and 1961 he sought a less superficial, more spiritual path to the rat race of the times, visiting Japan and India, studying yoga and Zen. He left the music business until 1962, when he returned with the groundbreaking, and in many ways revolutionary recording The Bridge with guitarist Jim Hall for the RCA Victor/Bluebird label. Rollins struck up a working relationship with trumpeter Don Cherry; recorded a handful of innovative LPs for the RCA Victor, MGM/Metro Jazz, and Impulse! labels; made a record with his hero Coleman Hawkins, and left the scene again in 1968. By 1971, he'd come back with a renewed sense of vigor and pride and put out a string of successful records for the Milestone label that bridged the gap between the contemporary jazz and the fusion jazz of the time, the most memorable being his live date from the 1974 Montreux Jazz Festival, The Cutting Edge. Merging jazz with calypso, light funk, and post-bop, Rollins' career was not only revived, but thrived from then on. He was a member of the touring Milestone Jazz Stars in 1978 with McCoy Tyner and Ron Carter, and gained momentum as a touring headliner and festival showstopper.

His finest Milestone recordings of the second half of his career include Easy Living, Don't Stop the Carnival, G-Man, Old Flames, Plus Three, Global Warming, This Is What I Do, and Without a Song: The 9/11 Concert. He has worked extensively with road and recording bands that have included electric bass guitarist Bob Cranshaw, trombonist Clifton Anderson, pianists Tommy Flanagan and Stephen Scott, keyboardist Mark Soskin, guitarists Bobby Broom and Jerome Harris, percussionist Kimati Dinizulu, and drummers Jack DeJohnette, Perry Wilson, Steve Jordan, and Al Foster. Rollins formed his own record label, Doxy, through which he issued Sonny, Please in 2006.

Into his eighth decade, Rollins continued to perform, and was documented on the three-volume Road Show series, also released on Doxy and Okeh. In 2010, Rollins was awarded the National Medal of Arts. The following year he was the subject of a documentary by Dick Fontaine, Beyond the Notes. Due to health problems, Rollins stopped playing in public in 2012. In 2016, the album Holding the Stage, a companion to the Roadshow series, appeared. The following year, Rollins announced that he had been forced to stop playing altogether and expressed some disappointment that he had not achieved -- artistically -- all he wanted to. ~ Michael G. Nastos, Rovi 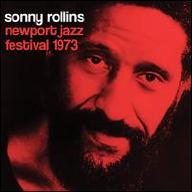 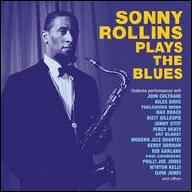 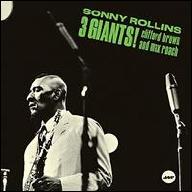 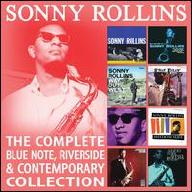 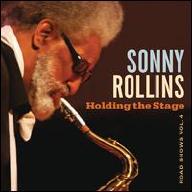 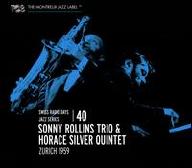 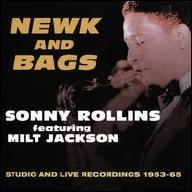 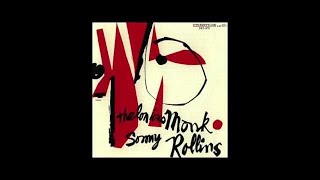 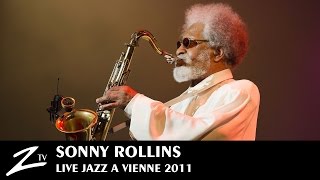 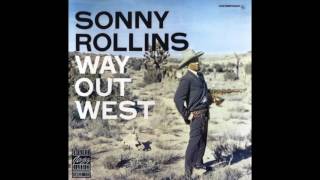 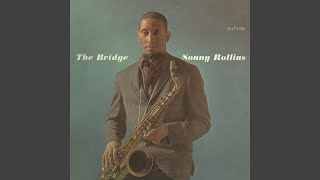 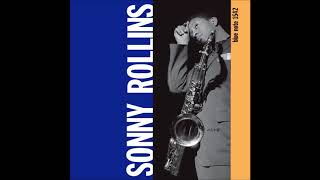