Close
Ron Wood
from Hillingdon, London, England
June 1, 1947 (age 73)
Biography
Guitarist Ron Wood has been a member of several classic British rock outfits, but the one that he's undoubtedly most associated with is the Rolling Stones, with whom he's been a member since 1976. A founding member of the Birds, a London R&B group, Wood joined the latter-day Creation in 1968 before entering Jeff Beck's employ as second guitarist and then bass player. While with Beck, Wood met vocalist Rod Stewart, and the pair amalgamated with three former Small Faces. As the Faces, they became a major international act in the early '70s. To a lesser degree than Stewart, Wood inaugurated a parallel solo career, beginning with 1974's I've Got My Own Album to Do, which included contributions from George Harrison and, tellingly, Keith Richards, who subsequently recruited Wood as a replacement for guitarist Mick Taylor in the Rolling Stones. Wood continued to release solo records such as 1979's Gimme Some Neck, which included the Bob Dylan-penned single "Seven."

Born on June 1, 1947, in Hillingdon, London, Wood made his first appearances on record during the mid-'60s, first as guitarist for the Birds and then as a member of the oft-overlooked mod outfit the Creation (Wood only appeared on a smattering of singles, collected years later on the compilation Complete Collection, Vol. 1: Making Time). Immediately after his split from the Creation, Wood was invited to play bass in the Jeff Beck Group, a band that also included a then-unknown Rod Stewart on vocals. Despite high hopes for the group (often credited as one of the founders of hard rock/heavy metal), the band only managed to issue a pair of classic recordings, 1968's Truth and 1969's Beck-Ola, before splitting up just prior to an appearance at the legendary Woodstock festival. Wood and Stewart opted to stick together, as they joined the Small Faces the same year (with Wood returning to the six-string).

Releasing one album under the Small Faces' name, 1970's First Step, the group then shortened its name simply to the Faces and soon after became one of rock's most notoriously party-hearty outfits of the era (influencing such future punk outfits as the Sex Pistols and the Replacements, among others). Further albums followed (1971's Long Player and A Nod Is as Good as a Wink...to a Blind Horse, plus 1973's Ooh La La), before the group split up in 1975. Wood also found the time to issue a string of solo releases during the mid-'70s: 1974's I've Got My Own Album to Do, 1975's Now Look, and a collaboration with ex-Faces bandmate Ronnie Lane, 1976's Mahoney's Last Stand, but this era of Wood's career is best remembered for his enlistment into the Rolling Stones.

With the exit of Mick Taylor in 1974, the Stones began auditioning replacement guitarists, but all along, founding Stones guitarist Keith Richards knew that Wood (a longtime friend) was the man for the job. Wood contributed to half of the Stones' 1976 album, Black and Blue, before becoming a full-time member and appearing on 1977's Love You Live and 1978's Some Girls. Although the Stones didn't issue any albums during 1979, the year was a busy one for Wood, as he issued his fourth solo release, Gimme Some Neck, and toured alongside Richards in a one-off side band, the New Barbarians. Wood and the Stones conquered the charts once more in the early '80s, with such hits as 1980's Emotional Rescue and 1981's Tattoo You, but tensions between Richards and Mick Jagger caused the group to not tour the U.S. between 1982-1988, while only managing to issue a pair of spotty studio albums (1983's Undercover and 1986's Dirty Work).

During this time, Wood issued such further solo albums as 1981's 1234 and 1988's Live at the Ritz (the latter a collaboration with Bo Diddley), and became an avid painter. Jagger and Richards eventually buried the hatchet by the late '80s, and the Stones sporadically issued new studio albums and toured from 1989 onward (1989's Steel Wheels, 1994's Voodoo Lounge, 1997's Bridges to Babylon, etc.). Wood has continued to issue solo recordings throughout the '90s and beyond (1992's Slide on This, 1994's Slide on Live: Plugged in and Standing, plus a pair in 2002, Not for Beginners and Live Eclectic). Additionally, Wood has guested on countless recordings by other artists over the years, including albums by the Band, David Bowie, Eric Clapton, Donovan, Bob Dylan, Aretha Franklin, B.B. King, and his old pal Rod Stewart, with whom he taped a popular edition of MTV's Unplugged in 1993, resulting in the hit album Unplugged...and Seated. Wood's seventh solo album, I Feel Like Playing, appeared in 2010 from Eagle Records and featured guest spots from Slash, Flea, Billy Gibbons, Bobby Womack, Jim Keltner, and ex-Faces bandmate Ian McLagan, among others.

Wood spent the 2010s dividing his time between the Stones and personal projects, including artwork and his radio program, The Ronnie Wood Show. In 2019, he saluted one of his heroes with Mad Lad: A Live Tribute to Chuck Berry. ~ Greg Prato, Rovi 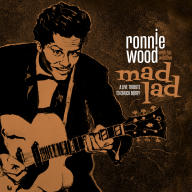 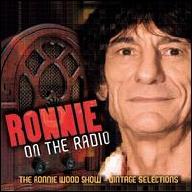 Ronnie on the Radio: The Ronnie Wood Show
2011 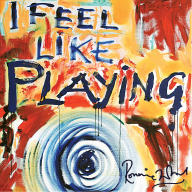 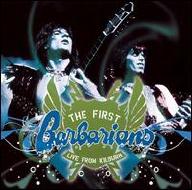 The First Barbarians: Live from Kilburn
2007 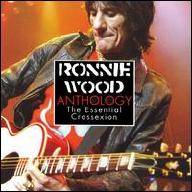 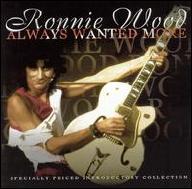 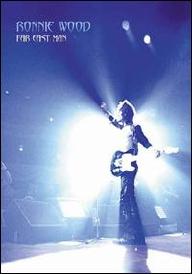 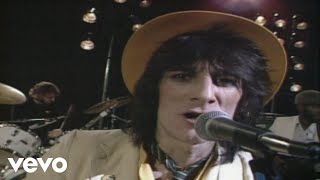 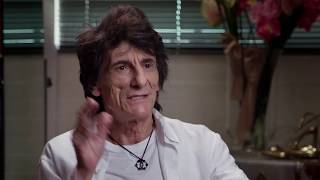 Ronnie Wood - Somebody Up There Likes Me (Documentary Clip) 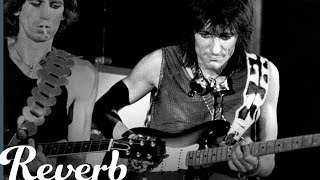 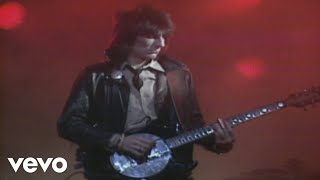 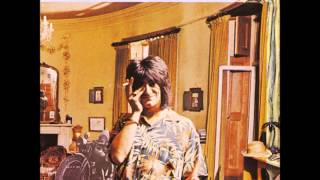 Ronnie Wood - I've Got My Own Album To Do (Full Album) 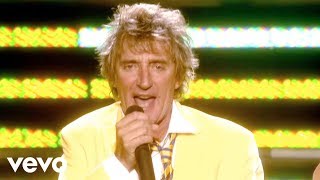 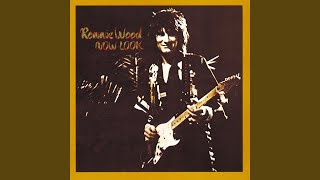 Breathe on Me
Available here: