Close
Leonard Chess
from Motal, Poland
March 12, 1917 - October 16, 1969 (age 52)
Biography
As the co-founder of the legendary Chess Records label, producer Leonard Chess played a pivotal role in the birth of the Chicago electric blues movement of the postwar era, launching the careers of legends ranging from Muddy Waters to Howlin' Wolf to Little Walter. Born March 12, 1917 in Motol, Poland, he and his family settled in Chicago upon emigrating to the U.S.; there Chess and his brother, Philip, entered the nightclub business, and were already the owners of a number of area clubs when, in 1947, they bought into Evelyn Aron's newly formed Aristocrat Records label. Originally known for its jazz and jump blues output, Aristocrat's signature sound was irrevocably altered in the wake of the recording of Johnson Machine Gun, the label debut from Chicago blues piano veteran Sunnyland Slim. The session introduced the Chess brothers to Delta slide guitarist Muddy Waters, who in 1948 cut his solo debut I Can't Be Satisfied, a landmark 78 which dictated the company's new blues aesthetic from that point forward.

Also in 1948, Aristocrat issued Robert Nighthawk's My Sweet Lovin' Woman, which introduced Willie Dixon to the fold; the brothers bought out Aron two years later, rechristening the company Chess Records at that time. Their first release under the new banner, Gene Ammons' My Foolish Heart, was quickly followed by Waters' seminal Rollin' Stone. Local guitarist Jimmy Rogers was signed to the label around the same time, debuting with That's All Right and remaining a label fixture throughout the decade thanks to singles like Sloppy Drunk, You're the One, and Walking by Myself. However, the most important addition of 1950 was Waters' harpist Little Walter, who within two years topped the RB charts with his solo instrumental hit Juke and went on to score smashes like Mean Old World, You're So Fine, and My Babe, in the process revolutionizing the role of blues harmonica with his pioneering amplified style.

All told, the success of the label's artists established Chess as the cutting-edge in urban blues; Leonard soon began seeking talent outside of the Chicago area, contacting Sun Records' Sam Phillips to aid in the search. Phillips sent Chess masters of recordings by Rufus Thomas, Dr. Isaiah Ross, and Bobby Bland; his key discovery, however, was Howlin' Wolf, who scored a major hit in 1951 with his label debut How Many More Years. He relocated from Memphis to Chicago in 1953, soon recording classic tracks like Smokestack Lightnin' and Who Will Be Next. By the mid-'50s, Chess Records included affiliated labels Checker, Argo, and Specialist, with new signings ranging from legends like Sonny Boy Williamson (Rice Miller), who quickly struck paydirt with Don't Start Me to Talkin', to newcomers like Bo Diddley, whose debut single -- the two-sided hit Bo Diddley/I'm a Man -- introduced one of rock & roll's most influential and enduring beats.

Still, Leonard's most important discovery of the period was Chuck Berry, who signed to Chess in mid-1955. From his first hit Maybellene onward, Berry essentially wrote the book on rock & roll, creating its most indelible guitar riffs over the course of singles like Johnny B. Goode and Sweet Little Sixteen. Hits from the Moonglows and the Flamingos also brought Chess success on the pop charts, and the label continued issuing classic blues as well, welcoming artists like Buddy Guy, Otis Rush, and Etta James to the roster by 1960. Other performers like Fontella Bass, Laura Lee, Koko Taylor, Little Milton, and Tommy Tucker continued Chess' hit streak in the years to follow, while the British RB boom of the early '60s illuminated the label's massive influence for a new generation of listeners. However, the death of Leonard Chess on October 16, 1969 proved a dagger in the heart of the company, and the Chess name and logo then passed through many hands before MCA began a major reissue program during the '90s. ~ Jason Ankeny, Rovi 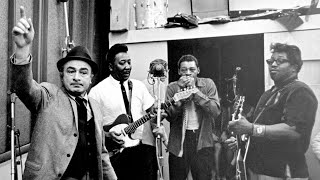 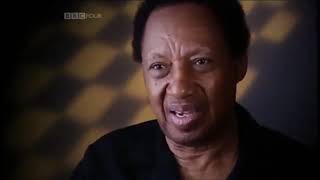 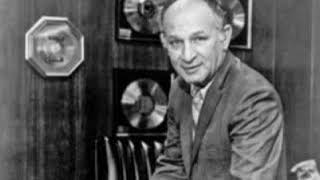 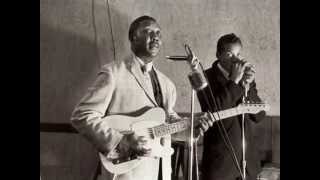 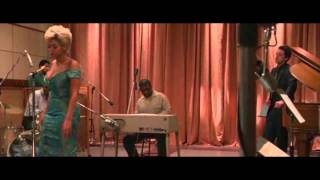 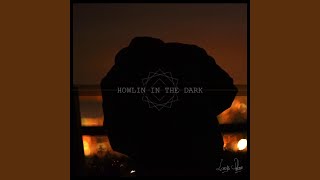