Close
Mandy Moore
from Nashua, NH
April 10, 1984 (age 37)
Biography
Although she never reached the commercial heights of Britney Spears and Christina Aguilera, Mandy Moore proved to be one of the more resilient members of the late-'90s teen pop explosion. Making her studio debut at the age of 15, Moore initially modeled her music after her teenaged contemporaries, a formula that yielded moderate chart success but little credibility. She widened her range early on, however, outshining her pop peers' acting ability with a confident performance in the film A Walk to Remember and, beginning with the 2003 album Coverage, prizing songcraft above commercial dance-pop. As the 2000s progressed and numerous teen idols struggled with the transition into adulthood, Moore smoothly evolved from adolescent starlet to mature songwriter. The arrival of 2007's Wild Hope signaled a completed transformation to adult pop. Maintaining a steady level of commercial success through this stylistic maneuver, she had her sixth straight Top 40 album with the intimate Amanda Leigh in 2009. Though she didn't completely step away from music, some false starts in the studio were offset by acting opportunities throughout the 2010s, culminating in Golden Globe and Emmys nominations for TV's This Is Us in the latter part of the decade. Moore eventually emerged at the end of 2019 with a handful of tracks from her seventh album, the contemplative Silver Landings, which was released in early 2020.

Amanda Leigh Moore was born in Nashua, New Hampshire on April 10, 1984. After her family moved to the suburbs of Orlando, Florida, she took an interest in theater and starred in several local productions. Moore also began performing the National Anthem at Orlando-based sporting events, thus raising her profile in a town populated by music executives and producers. Epic Records took notice and brought her aboard their roster in 1999, hoping to penetrate the teen pop scene with a superstar of their own.

Moore's debut album, So Real, arrived in December 1999, just months after the multi-platinum releases of Britney Spears' ...Baby One More Time and Christina Aguilera's self-titled debut. Although the album spawned a Top 40 hit with "Candy" and went platinum within three months, it was overshadowed by teen pop's biggest stars. Epic responded in May 2000 by releasing I Wanna Be with You, a retooled version of Moore's debut with remixed tracks and scant new material. The title track peaked at number 24 on the singles charts, giving Moore another hit but failing to gain her admittance into pop's inner circle. A proper sophomore effort, 2001's Mandy Moore, met a similar fate, yet Moore bounced back the following year by landing a leading role in A Walk to Remember, a popular film adaptation of Nicholas Sparks' book.

Additional film roles followed in 2003, as did the release of Coverage. Featuring covers of songs by Carole King, Joe Jackson, and Joni Mitchell, the album represented a leap forward for the maturing singer. Though it reached a career-high number 14 on the Billboard 200, Epic dropped Moore from their roster. To fulfill her contract, the label released several compilations during the following years. Meanwhile, Moore launched a clothing line and focused on her acting career, turning in humorous performances in American Dreamz and the indie film Saved! She also made forays into television with roles in Entourage, The Simpsons, and Scrubs.

Although Moore had originally signed with Sire Records after leaving Epic's roster, no albums appeared during her two-year stint with the label. She ultimately left Sire in May 2006 and partnered with EMI, who allowed her more artistic control. For the first time in her career, Moore began writing original material, collaborating with the likes of Lori McKenna, Rachael Yamagata, the Weepies, and Chantal Kreviazuk. She then decamped to upstate New York in late 2006 to record Wild Hope, an adult-alternative outing that received a warm critical reception upon its release in 2007. Subsequent tours alongside the likes of Yamagata, Ben Lee, Paula Cole, and Vanessa Hudgens helped Moore reestablish herself as an adult artist, and she returned two years later with Amanda Leigh, a reflective set that took its title from Mandy's original name. Co-written and produced by power pop powerhouse Mike Viola, the album was also informed by Moore's fondness for Todd Rundgren, Joni Mitchell, and CSNY.

In 2010, Moore landed a recurring role on TV's Grey's Anatomy and provided the voice of Rapunzel in the Disney animated feature Tangled, among a mix of high-profile and smaller indie parts that soon followed. After a false start on an album with her then-husband Ryan Adams in 2012, she contributed vocals to Adams' eponymous 2014 LP. Meanwhile, among other, shorter stints on television, she voiced the title role on the music-themed Disney preschool series Sheriff Callie's Wild West (2013-2017). In 2016, Moore began an acclaimed run as Rebecca Pearson on the hit NBC series This Is Us, leading to a Golden Globe nomination for best supporting actress in 2017. An Emmy nomination for Outstanding Lead Actress in a Drama Series followed two years later. In September 2019, Moore released the lead single from her seventh album. Titled "When I Wasn't Watching," it was her first original song in over a decade. Featuring several songs co-written with returning producer Viola and Moore's, husband Taylor Goldsmith from the band Dawes, Silver Landings was released by Verve Forecast in March 2020. ~ Andrew Leahey, Rovi 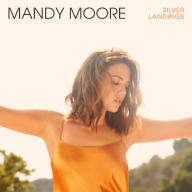 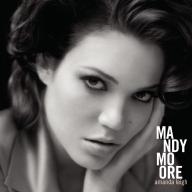 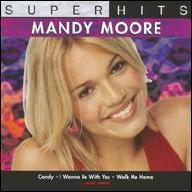 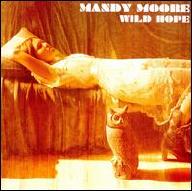 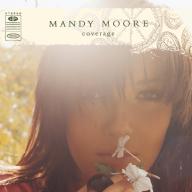 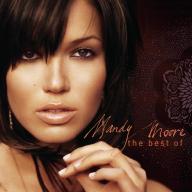 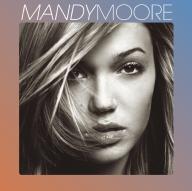 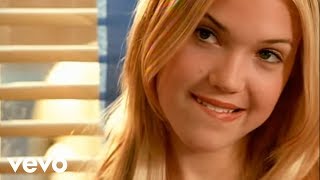 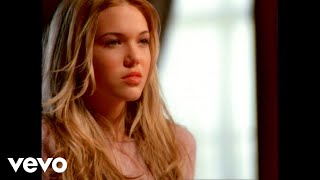 Mandy Moore - I Wanna Be With You 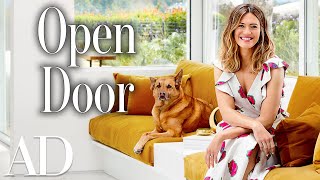 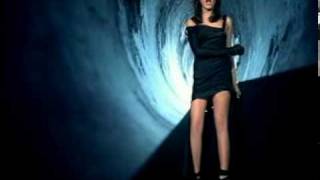 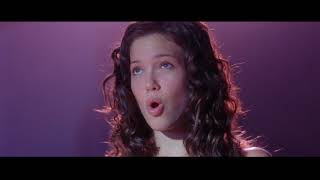 Mandy Moore - Only Hope - A Walk To Remember 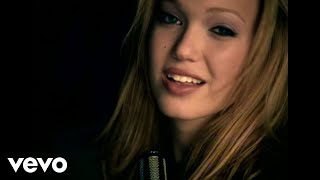 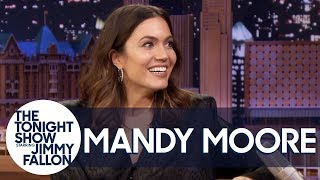 Mandy Moore Forgives Her "Candy" Cassingle Past, Teases Directing This Is Us
Available here: