Close
Orchestral Manoeuvres in the Dark
from Wirral, Merseyside, England
formed January 1, 1978 (age 44)
Biography
Orchestral Manoeuvres in the Dark are one of the earliest, most commercially successful, and enduring synth pop groups. Inspired most by the advancements of Kraftwerk and striving at one point "to be ABBA and Stockhausen," they've continually drawn from early electronic music as they've alternately disregarded, mutated, or embraced the conventions of the three-minute pop song. Outside their native England, OMD are known primarily for "Maid of Orleans" and the Pretty in Pink soundtrack smash "If You Leave," yet they scored 18 additional charting U.K. singles in the '80s alone. These hits supported inventive albums such as Orchestral Manoeuvres in the Dark (1980), Architecture Morality (1981), and commercial suicide-turned-cult classic Dazzle Ships (1983). After roughly a decade of silence, OMD returned in the mid-2000s to add to their legacy as much as tend to it. Their lengthy second life has been highlighted by a sixth U.K. Top Ten album, The Punishment of Luxury (2017), and a box set, Souvenir (2019), coinciding with their 40th anniversary.

Acquaintances since they were students at primary school on the Wirral peninsula, Andy McCluskey and Paul Humphreys -- the core members of Orchestral Manoeuvres in the Dark -- played separately and together in a few short-lived bands starting in the mid-'70s. In 1977, they formed the ID, a group that gigged in North West England and contributed a song to Street to Street: A Liverpool Album (a compilation most notable for an early Echo the Bunnymen appearance). By the time the LP was racked, the ID were no more and McCluskey had joined and left Dalek I Love You. Moreover, McCluskey (primarily bass and vocals) and Humphreys (primarily synthesizers) had experimented as a duo and were well underway as Orchestral Manoeuvres in the Dark, effectively named as such to further distinguish their endeavor from punk. Not only had the two musicians played their first official gigs -- starting at Eric's in their home base of Liverpool and the Factory club in Manchester, supporting Joy Division and Cabaret Voltaire at the latter -- but they had also made their recorded debut with a demo of "Electricity" backed with the Martin Hannett-produced "Almost," issued by Factory.

Later in 1979, OMD signed with nascent Virgin subsidiary Dindisc and re-released their 7" debut with a Hannett-produced version of the A-side. The full-length Orchestral Manoeuvres in the Dark, recorded by the duo with manager Paul Collister (credited as Chester Valentino), followed in early 1980. It featured new mixes of "Electricity" and "Almost," which were spun off as a third iteration of the first single, and was promoted with two more singles, including the Mike Howlett-produced re-recording of the album track "Messages," which became a number 13 U.K. hit (and in the U.S. registered on Billboard's club chart). These progressions guided Orchestral Manoeuvres in the Dark to number 27 on the corresponding U.K. album chart. Howlett continued to work with McCluskey and Humphreys for OMD's second full-length, Organisation, released later in 1980. Only "Enola Gay" was issued as a single, but that became the duo's first in a streak of Top Ten hits. The parent release followed suit at number six. By then, OMD's live and studio lineup was augmented with drummer Malcolm Holmes (formerly of the ID) and keyboardist/saxophonist Martin Cooper.

Still on the rise in late 1981, OMD released Architecture Morality, a Top Five U.K. LP and the source of three equally high-charting singles, all ballads: "Souvenir" (led by Humphreys), "Joan of Arc," and "Maid of Orleans." The last of this sequence proved to be the group's biggest international hit, topping the official German and Dutch pop charts and reaching the Top Ten in other territories. (Architecture Morality was the first proper album licensed in the States by Epic, which also compiled highlights from the first two albums and released them as O.M.D.). McCluskey and Humphreys responded to their greatest commercial success yet with a loosely conceptual effort that shot to number five in the U.K. upon release but soon capsized. Although it incorporated a couple of remixed B-sides and an ID-era composition, Dazzle Ships, co-produced by Rhett Davies and released on Dindisc parent Virgin, was a sharp departure, integrating musique concrète, snippets of Czechoslovakian radio broadcasts, songs about robotics and optical instrumentation, and the descriptively titled charting singles "Genetic Engineering" and "Telegraph."

Although Dazzle Ships was later embraced as a misunderstood and inspired work, a creative high point, OMD took the puzzlement to heart and simplified their lyrics and song structures. For the rest of the decade, they courted pop listeners with their most straightforward recordings. Within a three-year span, 1984-1986, they released Junk Culture, Crush, and The Pacific Age, a comparatively conservative trilogy yielding the number five U.K. hit "Locomotion" and a handful of other singles that fared well. Among their Anglophilic Midwestern fans during this phase was John Hughes, who sought them to contribute a song for the 1986 teen romantic comedy Pretty in Pink. OMD submitted "Goddess of Love," but the original ending of Hughes' screenplay was not well-received by a test audience, prompting Hughes to change the ending and ask the pressed OMD for another song. Overnight, OMD came up with "If You Leave," a number four hit in the States that made a gold seller out of the soundtrack (coincidentally featuring their fellow Liverpudlians Echo the Bunnymen). The single went down similarly elsewhere and didn't go over quite as well in the U.K., where it peaked at number 48. OMD finished off the decade with The Best of OMD, promoted with the new single "Dreaming," a Top 20 hit in the U.S.

A series of departures left McCluskey as the lone original member of OMD in the '90s. During the decade, with varying support, he put together Sugar Tax, Liberator, and Universal, issued from 1991 through 1996 on Virgin. (In the U.S., the first two were also Virgin products; the latter was available only as an import.) Nine primarily commercial dance-pop singles from these albums, including the Top Tens "Sailing on the Seven Seas" and "Pandora's Box," and the McCluskey/Humphreys-written "Everyday," charted in the U.K. McCluskey also co-wrote and sang two songs on Esperanto, a project from Kraftwerk's Karl Bartos (under the name Elektric Music). Meanwhile, Humphreys and fellow ex-OMD members Malcolm Holmes and Martin Cooper recorded as the Listening Pool. OMD became inactive toward the decade's end as McCluskey ventured into artist development and songwriting for other acts. McCluskey and '90s OMD associate Stuart Kershaw founded and co-wrote material for the pop trio Atomic Kitten. Their biggest hit with the group was the 2001 U.K. chart-topper "Whole Again," also nominated for an Ivor Novello Award. Humphreys and Claudia Brücken (Propaganda, Act) released an LP a few years later as Onetwo.

McCluskey and Humphreys reunited in 2005 when they were approached to perform on the German television program Die Ultimative Chartshow. It developed into a full reactivation of OMD with Holmes and Cooper. A tour for which they played the entirety of their third album -- documented in 2008 with Architecture Morality More, recorded at London's Hammersmith Apollo -- led to new, independently released material starting in 2010 with History of Modern. After a live package from the subsequent tour was offered in 2011, the quartet continued studio work with English Electric, issued in 2013, just before they performed at Coachella. Months later, Holmes left the band after he collapsed during a Toronto gig played in extreme heat; Stuart Kershaw consequently took over on drums. Dazzle Ships: Live at the Museum of Liverpool followed in 2015. The Punishment of Luxury, OMD's third post-millennial studio album, arrived two years later and became their sixth Top Ten U.K. LP (their first since Sugar Tax). OMD celebrated their 40th anniversary in 2019 with continued touring and an elaborate box set, Souvenir, covering their whole career. ~ Andy Kellman, Rovi 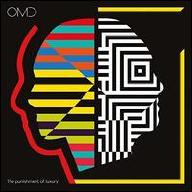 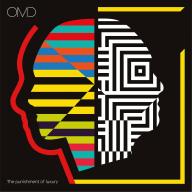 The Punishment of Luxury
2017 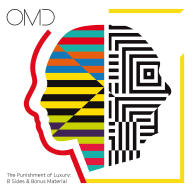 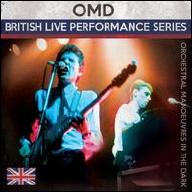 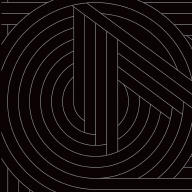 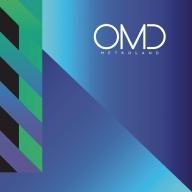 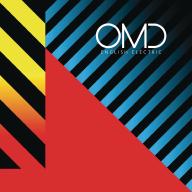 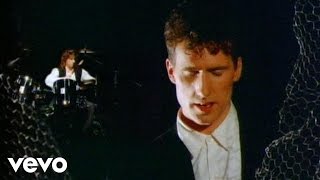 Orchestral Manoeuvres In The Dark - If You Leave (Official Music Video) 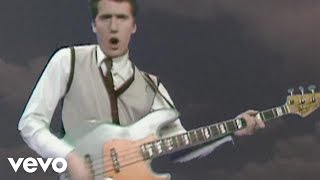 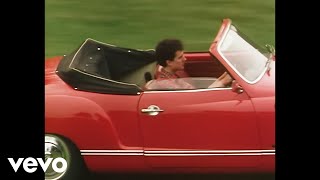 Orchestral Manoeuvres In The Dark - Souvenir 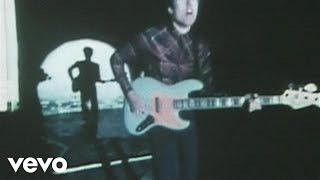 Orchestral Manoeuvres In The Dark - Electricity 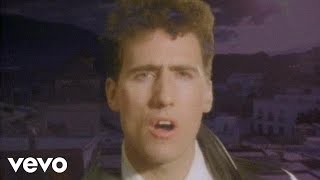 Orchestral Manoeuvres In The Dark - So In Love 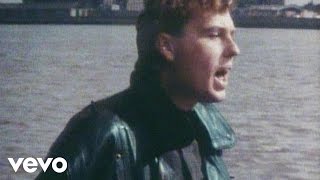 Orchestral Manoeuvres In The Dark - (Forever) Live And Die 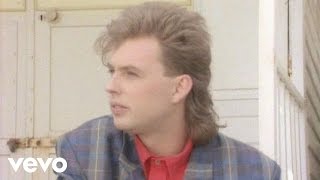