Close
Mick Jones
from Brixton, London, England
June 26, 1955 (age 66)
Biography
Best known as one of the leader's of one of the greatest punk rock bands of all time, the Clash, singer/guitarist/songwriter Mick Jones was one of the more musically adventurous musicians of the genre, especially evident in his post-Clash outfit, the alt-dance outfit Big Audio Dynamite. Born Micheal Geoffrey Jones on June 26, 1955, in South London, Jones was raised by his grandmother, and as a teenager, picked up the guitar after being inspired by such proto-punk outfits as MC5 and the New York Dolls. It wasn't long before Jones began playing in local bands, including such forgotten outfits a the Delinquents, Little Queenies, and London S.S., and while none of these bands amounted to much, it was through his tenure with London S.S. that Jones befriended bassist Paul Simonon. The union of Jones and Simonon led to the eventual formation of the Clash in 1976, with another guitarist/singer, Joe Strummer (in addition to a revolving door of drummers).

The Clash quickly became one of the leaders of the burgeoning punk rock movement in the U.K. (along with such outfits as the Sex Pistols, the Damned, Siouxse the Banshees, etc.), signing on with Epic Records soon after. With Jones and Strummer co-writing almost all of the tracks, the Clash issued such rough and ready punk classics as 1977's self-titled debut and 1978's Give 'Em Enough Rope. But it was 1979's double album London Calling that the group truly came into their own. Often considered to be one of rock's all-time best releases, the musically varied album scored one of their biggest hit singles, the Jones-sung Train in Vain. Further releases followed, such as 1980's triple album set Sandinista! and Combat Rock (the latter of which featured another Jones-sung hit single, Should I Stay or Should I Go), which saw the group expand their sound even further; resulting in the Clash becoming one of the top rock bands in the world. It was also during the early '80s that Jones produced a few other artists (singer Ellen Foley and former Mott the Hoople leader Ian Hunter), and guested on a B-side by Elvis Costello.

But widespread success created tension between Jones and the other bandmembers, leading to his exit from the band in 1983 (Simonon and Strummer would keep the Clash afloat for one more release, 1985's best-forgotten Cut the Crap). Jones' next project, Big Audio Dynamite, was launched in 1985, and provided the freedom to experiment with other styles (mostly funk/dance-based), as he was joined by video artist Don Letts (who also provided vocals and effects), drummer Greg Roberts, keyboardist Dan Donovan, and bassist Leo E-Zee Kill Williams. A steady stream of albums followed from the mid- to late '80s, including 1985's This Is Big Audio Dynamite, 1986's No. 10, Upping St. (produced by ex-Clash mate Strummer), 1988's Tighten Up, Vol. '88, and 1989's Megatop Phoenix. Most of BAD left around this time (forming the group Screaming Target), while Jones soldiered on with new members Nick Hawkins (guitar), Gary Stonadge (bass), and Chris Kavanagh (drums), changed their name to Big Audio Dynamite II, and issued such further releases as 1991's The Globe, 1994's Higher Power, and 1995's F-Punk. During the late '90s, rumors of a Clash reunion began to surface regularly, but despite the fact that all former members were back on good terms, the invites were turned down; but Jones and his former Clash bandmates were interviewed extensively for the bio-movie #Westway to the World, and Jones began DJing with some of his BAD bandmates at the Maximum club in London. ~ Greg Prato, Rovi 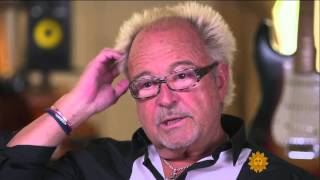 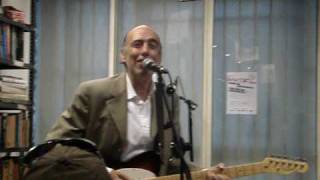 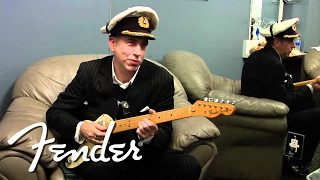 Mick Jones on the Tele | Fender 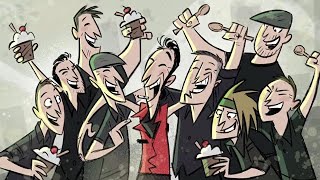 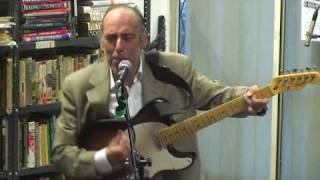 Mick Jones sings 'Should I stay or should I go? at the Rock and Roll Public Library 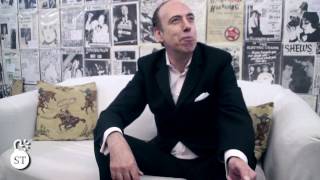