Close
Ronnie Earl
from Queens, New York, NY
March 10, 1953 (age 67)
Biography
One of the finest blues guitarists to emerge during the '80s, the award-winning Ronnie Earl often straddled the line between blues and jazz, throwing in touches of soul and rock as well. His versatility made him one of the few blues guitarists capable of leading an almost entirely instrumental outfit, and his backing band the Broadcasters became one of the more respected working units in contemporary blues over the course of the '90s. Earl's instrumental acumen and versatility resulted in a host of celebrated recordings, including that from his Broadcasters' quartet, 1993's Still River. The Broadcasters released Language of the Soul in 1994 and The Colour of Love in 1997 (which featured a single guest vocal appearance from Gregg Allman), and concluded in 2000 with Healing Time. Earl's albums have been influenced by spiritual themes ever since. He signed to Stony Plain in 2004 and has remained with the powerhouse Canadian independent, delivering four charting dates on the Blues Albums charts, with 2009's Healing Time and 2017's The Luckiest Man among them.

Ronnie Earl was born Ronald Horvath in Queens, New York on March 10, 1953. He didn't start playing guitar until after he entered college at Boston University in the early '70s and became fascinated with the local blues scene. Developing his craft quickly, he landed a job as a member of the house band at the Speakeasy Club in Cambridge, Massachusetts, and changed his last name to the bluesier-sounding Earl, in tribute to Earl Hooker, one of his greatest influences. Prior to the name switch, he'd made some recordings for the small Baron label under his original moniker beginning in 1977, first backing Guitar Johnny the Rhythm Rockers, then as a founding member of Sugar Ray the Bluetones with harmonica player/singer Sugar Ray Norcia. In 1979, Earl was invited to replace Duke Robillard in the prominent Rhode Island band Roomful of Blues, whose swinging jump blues revivalist sound demanded a jazz sensibility as well as ample blues feeling. Earl spent the next eight years with Roomful of Blues and watched their national profile grow steadily larger.

Meanwhile, Earl also made a few recordings on his own for Black Top Records, forming the first versions of the Broadcasters in the early '80s. He released his first solo album, Smokin', in 1983 and followed it with They Call Me Mr. Earl in 1984 (both of those albums were later compiled on the CD Deep Blues). Still, they were a sidelight to his main gig with Roomful of Blues -- that is, until he left the band in 1987 to make a go of it as a solo artist and bandleader in his own right. A new version of the Broadcasters debuted in 1988 on Soul Searchin', which featured vocalist Darrell Nulisch, harmonica player Jerry Portnoy (ex-Muddy Waters), bassist Steve Gomes, and drummer Per Hanson. Peace of Mind followed in 1990, as did I Like It When It Rains, a live album on Antone's that actually dated from 1986. Released in 1991, Surrounded by Love reunited Earl with Sugar Ray Norcia and also proved the last in his long string of Black Top releases.

By the early '90s, Earl had addressed and overcome his problems with alcohol and cocaine and began to rethink his approach. He formed a new version of the Broadcasters featuring organist Bruce Katz, bassist Rod Carey, and longtime drummer Per Hanson, and boldly elected to go without a vocalist. Earl debuted his new instrumental direction -- which was more informed by jazz than ever before -- on 1993's Still River (released by AudioQuest) and embarked on a tour of Europe. He signed with the Bullseye Blues label and issued a string of acclaimed albums including 1994's Language of the Soul, 1995's Blues Guitar Virtuoso Live in Europe (from his 1993 tour and originally titled Blues and Forgiveness), and 1996's Grateful Heart: Blues and Ballads (which featured David Fathead Newman). The latter two were particular critical favorites, with Live in Europe winning Pulse magazine's year-end poll as Best Blues Album and Grateful Heart doing likewise in Down Beat.

Thanks to all the positive attention, Earl signed a major-label deal with Verve. His label debut, The Colour of Love, was issued in 1997 and sold more than 65,000 copies, making it one of the biggest hits of Earl's career; he also won a W.C. Handy Award as Best Blues Instrumentalist the same year. However, feeling that he was under too much pressure to move more units, Earl soured on the deal, and around the same time suffered a bout with manic depression. He wound up not only leaving Verve, but taking a break from bandleading and live performance; he disbanded the Broadcasters and signed with the smaller Telarc label as a solo act.

His Telarc debut, 2000's Healing Time, teamed him with legendary soul-jazz organist Jimmy McGriff. The follow-up, 2001's Ronnie Earl and Friends, was a loose, jam session-type affair featuring a number of special guests, including the Fabulous Thunderbirds' Kim Wilson, Irma Thomas, Luther Guitar Junior Johnson, and the Band's Levon Helm. In 2003, Earl returned with an album of mainly instrumental material, I Feel Like Goin' On, on the Canadian-based label Stony Plain. A second album from Stony Plain, Now My Soul, appeared in 2004, while a third, The Duke Meets the Earl, which paired Earl with fellow ex-Roomful of Blues guitarist Duke Robillard, was released in 2005. Earl's third album for Stony Plain, 2009's Living in the Light, found him reunited with the Broadcasters. Earl and his longtime backing band returned for 2010's Spread the Love, an instrumental tribute to mentors, friends, and family.

After a long period of global touring, Earl and band took some well-deserved time off. Just for Today was issued in 2013, and featured guest spots from vocalist Diane Blue (who joined the group, becoming its first female member) and Detroit guitarist Nicholas Tabarias. Earl the Broadcasters returned to the studio late in the year. They emerged with Good News, a collection of originals and covers that included Blue and Tabarias in the line-up on selected cuts, along with guitarist Zach Zunis. It was issued for release in June of 2014. In 2015, Earl and his latest edition of the Broadcasters -- Jim Mouradian on bass, Dave Limina on keyboards, and Lorne Entress on drums -- teamed up with vocalist Blue and a horn section for the album Father's Day, a set of songs recorded in tribute to Earl's dad, Akos Horvath. The following year he issued Maxwell Street, a tribute to former Broadcasters' bandmate and blues piano legend David Maxwell. In 2017, Earl the Broadcasters delivered The Luckiest Man, which peaked at number two on the Blues Album Charts and in the top spot at streaming, netting Earl a Blues Music Award (his fifth) as Best Blues Guitarist at the industry's annual event in Memphis. Summer 2019 saw the release of Beyond the Blue Door, a jazz-blues outing that included a host of old friends joining the Broadcasters, including David Bromberg, Greg Piccolo, and Kim Wilson. ~ Steve Huey, Rovi 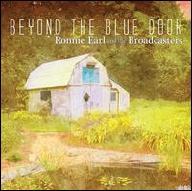 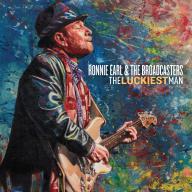 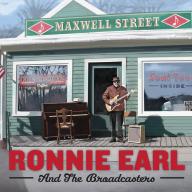 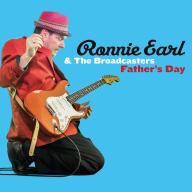 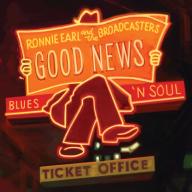 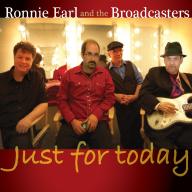 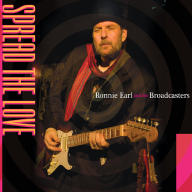 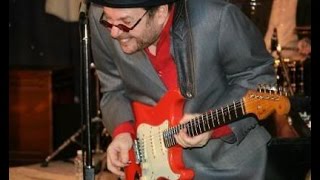 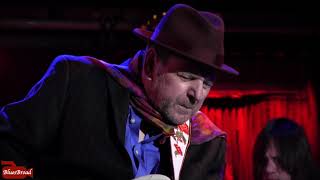 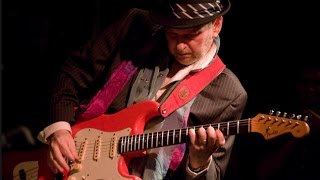 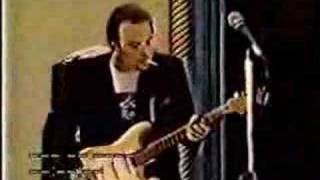 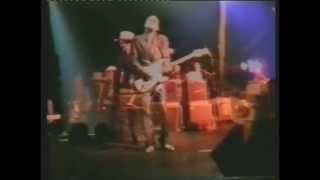 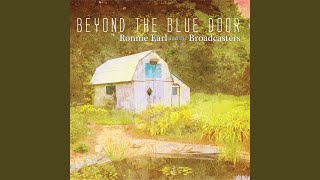 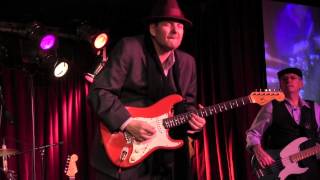