Close
David Bromberg
from Philadelphia, PA
September 19, 1945 (age 76)
Biography
A strikingly gifted multi-instrumentalist with an intuitive understanding of American roots music styles and a sly sense of humor, David Bromberg has earned a following for his many solo recordings and has served as a sideman and collaborator with some of the most respected artists in his field. He stepped out as a solo artist in 1972 with an eponymous album on Columbia that featured "The Holdup," a popular song he co-wrote with George Harrison. Throughout the decade he managed a hectic schedule releasing numerous solo albums for Columbia and Fantasy while playing everything from dobro to fiddle on songs by an array of acts including Gordon Lightfoot, Ringo Starr, and Bob Dylan. Taking a lengthy sabbatical from touring and recording, Bromberg spent much of the next two decades studying the art of violin luthiery. He occasionally appeared with a new album, included 2007's Grammy-nominated Try Me One More Time, while establishing a successful business, David Bromberg and Associate Fine Violins, in Wilmington, Delaware. In the latter part of the 2010s, he put together a large group, the David Bromberg Band, which made a handful of colorful and eclectic albums including 2016's The Blues, the Whole Blues, and Nothing But the Blues and 2020's Big Road.

Bromberg was born in Philadelphia, Pennsylvania on September 19, 1945, and spent most of his childhood in Tarrytown, New York. As a teenager, Bromberg got hooked on rock & roll and began exploring the blues, folk, and country artists who informed early rock, such as Pete Seeger, Reverend Gary Davis, Muddy Waters, Flatt Scruggs, and Bill Monroe. When he was 13, Bromberg began learning the guitar, and after graduating from high school, he attended Columbia University, where he studied musicology and began playing Greenwich Village folk clubs.

While his early gigs didn't pay much, he struck up friendships with a number of noted musicians and began studying with his hero, Reverend Davis. Bromberg's guitar skills didn't go unnoticed, and he began accompanying a number of Village folk acts both on-stage and in the studio, including Tom Paxton, Tom Rush, Jerry Jeff Walker, and Richie Havens. Bromberg was playing guitar with singer Rosalie Sorrels when she was booked to play the 1970 Isle of Wight Festival in Great Britain; Bromberg played an impromptu solo set after Sorrels was done, and he went over well enough that he was offered a deal with Columbia Records as a solo artist. Bromberg's self-titled debut was released in 1971, and featured the song "The Holdup," a radio favorite that Bromberg co-wrote with George Harrison. Between 1971 and 1976, Bromberg recorded six albums for Columbia and toured extensively as well as maintaining a hectic schedule of session work, lending his talents on guitar, Dobro, mandolin, and fiddle to albums by Bob Dylan, Carly Simon, the Eagles, Ringo Starr, Willie Nelson, Gordon Lightfoot, Bonnie Raitt, Doug Sahm, and many more. (Bromberg also produced an album for Dylan that has yet to be released in full.)

In 1977, Bromberg signed a new record deal with Fantasy Records, and issued his first album for the label, Reckless Abandon; three more records of new material followed, but in 1980 Bromberg decided he was tired of the rigors of touring and took a sabbatical from the road, occasionally playing sessions for friends and staging occasional live shows but devoting most of his time to studying at the Kenneth Warren School of Violin Making in Chicago. It wasn't until 1990 that Bromberg released a new album, Sideman Serenade, and it was 2007 when his next studio set appeared, Try Me One More Time, which earned a Grammy nomination as Best Traditional Folk Album. In the meantime, Bromberg had established a successful business building and repairing violins as well as dealing in quality instruments, and in 2002 he opened a shop in Wilmington, Delaware, simply called David Bromberg Fine Violins. In 2011, Bromberg returned with a new and ambitious solo album, Use Me, in which he performed new songs written at his request by some of his favorite tunesmiths, including John Hiatt, Guy Clark, Dr. John, Keb' Mo', and David Hidalgo of Los Lobos. Riding the critical success of that release, he returned two years later with Only Slightly Mad, a diverse set of new originals and a handful of well-curated covers produced by Bob Dylan guitarist Larry Campbell. His next album, 2016's The Blues, the Whole Blues, and Nothing But the Blues, offered tasteful renderings of tracks by Sonny Boy Williamson, Ray Charles, and many others. Returning in 2020, he again worked with Larry Campbell, who produced Big Road, a typically eclectic album featuring Bromberg and his band recorded live in the studio. ~ Mark Deming, Rovi 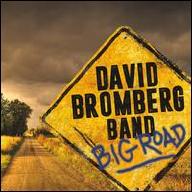 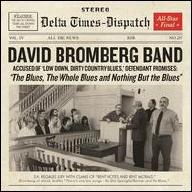 The Blues, The Whole Blues and Nothing But the Blues
2016 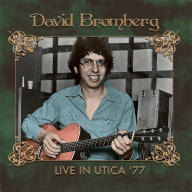 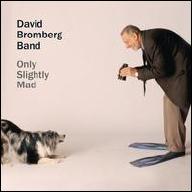 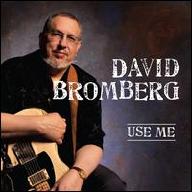 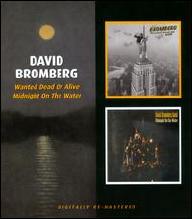 Wanted Dead or Alive/Midnight on the Water
2010 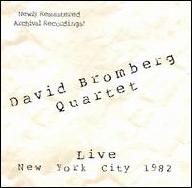 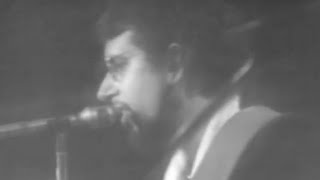 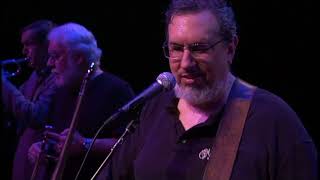 Who's Lovin' You Tonight - David Bromberg & His Big Band 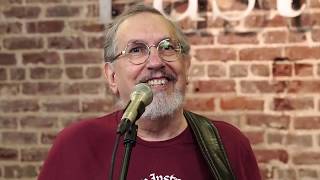 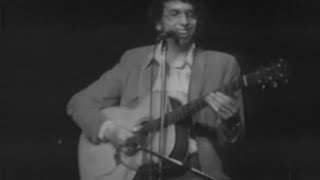 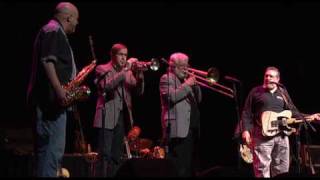 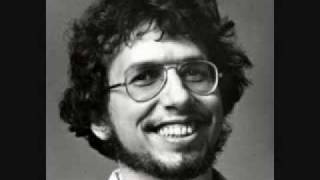 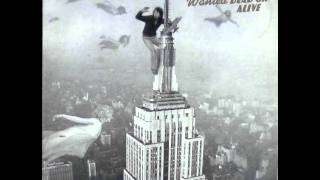