Close
Dr. John
from New Orleans, LA
November 20, 1941 - June 6, 2019 (age 77)
Biography
Dr. John first became a star by taking the sounds and traditions of New Orleans blues, jazz, and R&B and twisting them into new forms. As time went by, he would later become one of the strongest proponents of the Crescent City's musical heritage, celebrating the songs that made that city great, as well as the men and women who made them. Throughout his career, he was widely recognized for his skillful and soulful approach to keyboards and the guitar, both on his own recordings and when backing other artists.

Dr. John was born Malcolm John Rebennack in New Orleans on November 20, 1941. Rebennack's father ran an appliance store that also sold records, and he shared his love of early jazz greats Louis Armstrong and King Oliver with his son. He also grew up in a family of amateur musicians, surrounded by uncles, aunts, cousins, and siblings who played the piano. Rebennack's mother, meanwhile, had worked as a model, and for a time, young Malcolm was the baby on Ivory Soap boxes thanks to his mom's connections. While Rebennack's initial foray into music wasn't successful -- he joined the choir at church only to be kicked out -- in his teens he began studying music, and thanks to his father, he was looking in on sessions at Cosimo Matassa's J&M Studios and watching Crescent City legends play at New Orleans night spots.

After meeting the legendary R&B pianist Professor Longhair when he was 14, Rebennack decided to make music his career, and he became proficient on guitar and piano. By the time he was 16, he was playing gigs at neighborhood bars using the name Mac Rebennack, and when the fathers at Jesuit High School confronted him and told him to choose between music and his education, he chose music. In addition to live work, Rebennack became a presence in the New Orleans record game, producing sessions for Ace Records and playing on sessions for the likes of Art Neville, Allen Toussaint, Frankie Ford, and Joe Tex. In 1959, Rebennack scored a regional hit single with an R&B number recorded for Rex Records, "Storm Warning," and by this time he was regularly recording and producing sides for a handful of Southern labels.

In 1960, Rebennack's career hit a snag when, while playing a gig in Jackson, Mississippi, he became involved in a fight that led to him being shot in the ring finger. While Rebennack would eventually regain use of his finger, for a while it made it difficult for him to play guitar, so he redoubled his efforts on the piano. He remained active in music, and in 1961 he helped found AFO Records (All for One), an artist's collective and label led by the producer, songwriter, and arranger Harold Battiste. By this time, Rebennack had also become addicted to hard drugs, and for a while, dealt dope to support his habit. A bust saw Rebennack receive a two-year sentence in a prison in Fort Worth, Texas, and after his release he headed to Los Angeles, hoping to make his way into the lucrative West Coast recording community. Battiste was enjoying success there, and he helped Rebennack get work, playing on sessions for Sonny Cher, Aretha Franklin, and the Mothers of Invention.

By the late '60s, Rebennack had developed a fascination with the legend and lore of New Orleans voodoo, and he created a character named Dr. John Creaux the Night Tripper, a voodoo medicine man who played a role in a set of songs Rebennack had penned. With some help from Battiste, Rebennack landed a deal with Atco Records and recorded an album under the name Dr. John the Night Tripper, 1968's Gris-Gris. Blending churning New Orleans funk with powerful voodoo atmospherics, Gris-Gris wasn't exactly psychedelic, but it certainly sounded trippy, and the album developed a cult following. Rebennack took Dr. John's show on the road, playing psychedelic ballrooms where he decked himself out in colorful headdresses, feathers, and cloaks, conjuring a bayou magic ritual on-stage. Two more Dr. John albums followed in quick succession, 1969's Babylon and 1970's Remedies, while 1971's Sun, Moon Herbs featured guest appearances by two of his better-known fans, Mick Jagger and Eric Clapton. For 1972's Dr. John's Gumbo, Dr. John pared back the theatrics in favor of a tribute to the great New Orleans R&B piano tradition, including several numbers associated with his hero Professor Longhair.

In 1973, Rebennack finally enjoyed a commercial breakthrough with the album In the Right Place. Featuring backing by New Orleans funk masters the Meters and production by Allen Toussaint, the album produced a smash-hit single, "Right Place, Wrong Time," which peaked at number nine on the Hot 100 chart and took the sound of Dr. John to mainstream radio. The same year, Dr. John took part in a collaborative project with Mike Bloomfield and John Hammond, Jr., released by Columbia as Triumvirate. With the success of In the Right Place, Dr. John was finally a star, but his days as a hitmaker proved to be short-lived. His next album, 1974's Desitively Bonnaroo, sold reasonably well, but it didn't spawn another Top 10 single, and reviews were not as strong. It also ended his relationship with Atco Records; his next release, 1975's Hollywood Be Thy Name, was released by United Artists and failed to make a strong impression with fans or critics.

On Thanksgiving Day 1976, Dr. John was one of a number of celebrated artists invited to take part in a special farewell performance by the Band at San Francisco's Winterland Ballroom; two years later, his performance of "Such a Night" from the concert was included in Martin Scorsese's acclaimed documentary about the Band, The Last Waltz, as well as in its soundtrack album. Dr. John was also part of the all-star ensemble that Band drummer Levon Helm assembled for his debut solo album, Levon Helm the RCO All-Stars, and he took part in the subsequent concert tour. In 1978, Dr. John returned with the album City Lights, his first for the jazz-oriented Horizon Records, which included two numbers he co-wrote with the legendary R&B tunesmith Doc Pomus. Another album for Horizon, Tango Palace, arrived in 1979, and included five more tunes written with Pomus. The same year, Dr. John sat in on guitar on sessions for an album by his friend and mentor Professor Longhair; sadly, the album Crawfish Fiesta would not be released until several months after Longhair's death in January 1980.

After his two albums for Horizon, Dr. John was without a record label, and in 1981, he cut a solo piano album for the independent Clean Cuts label, Dr. John Plays Mac Rebennack, which earned rave reviews and helped reaffirm his status as a major artist. A second album for Clean Cuts, The Brightest Smile in Town, followed in 1982. Through most of the '80s, Dr. John focused on live work, recording sessions, and a lucrative sideline of cutting commercial jingles, while he popped up as a guest artist on albums by U.K. jazzman Chris Barber and blues artist Duke Robillard. In July 1989, Dr. John hit the road with Ringo Starr His All-Starr Band, an ensemble that also included Levon Helm, Nils Lofgren, Joe Walsh, Billy Preston, and Clarence Clemons, among others. The same year, Dr. John landed a new record deal with Warner Bros. -- his first contract with a major label in a decade -- and he released the album In a Sentimental Mood, which found him putting his stamp on a set of old standards. His duet with Rickie Lee Jones on "Makin' Whoopee" earned them a Grammy Award for Best Jazz Vocal Performance, Duo or Group. The burst of activity coincided with Dr. John making a commitment to his health; that year, he went into treatment and beat a long-standing addiction to heroin.

In 1990, Dr. John made a guest appearance on 20, the first vocal album from New Orleans wunderkind Harry Connick, Jr., and he was tapped to record the theme song for the television situation comedy Blossom. In 1992, he released his second album for Warner Bros., Goin' Back to New Orleans, featuring new interpretations of Crescent City classics with a handful of guest performers including the Neville Brothers, Al Hirt, and Pete Fountain. The LP earned Dr. John his second Grammy award for Best Traditional Blues Album.

With 1994's Television, Dr. John moved to the jazz-oriented GRP label with a set that combined his '70s funk sound with jazz accents; Anthony Kiedis of the Red Hot Chili Peppers contributed guest vocals, while the band included jazz greats David Fathead Newman and Alvin Red Tyler. The album coincided with the publication of Under a Hoodoo Moon: The Life of the Night Tripper, a harrowingly honest autobiography Rebennack penned with Jack Rummel. Another jazzy set, Afterglow, appeared on Blue Thumb in 1996. In 1997, Spiritualized leader Jason Pierce persuaded Dr. John to contribute piano to the group's acclaimed third album, Ladies and Gentlemen, We Are Floating in Space; Pierce returned the favor with a guest spot on Dr. John's 1998 effort Anutha Zone, which also featured Paul Weller, Ocean Colour Scene, and Supergrass. 1997 also found Dr. John taking home his third Grammy for the track "SRV Shuffle," which appeared on the 1996 collection A Tribute to Stevie Ray Vaughan. He earned another Grammy for his duet with B.B. King on "Is You Is or Is You Ain't My Baby" from King's 1999 disc Let the Good Times Roll: The Music of Louis Jordan.

For 2000's Duke Elegant, Dr. John paid tribute to the music of Duke Ellington in honor of the jazz legend's 100th birthday. It was Dr. John's first album for Blue Note, followed in 2001 by Creole Moon and in 2004 by N'Awlinz: Dis Dat or d'Udda; the latter included guest vocals from Mavis Staples, Randy Newman, Cyril Neville, and B.B. King. After New Orleans was devastated in the wake of Hurricane Katrina in 2005, Dr. John released Sippiana Hericane, an EP written and recorded as a fundraiser for the New Orleans Musicians Clinic, the Jazz Foundation of America, and the Voice of the Wetlands. 2006's Mercernary saw Dr. John and a stellar crew of New Orleans musicians offering a fresh interpretation of the songs of Johnny Mercer.

Dr. John jumped to 429 Records for 2008's City That Care Forgot, which featured guest spots from Eric Clapton, Ani DiFranco, and Willie Nelson; the album earned him yet another Grammy award, for Best Contemporary Blues Album. For 2010's Tribal, Dr. John revisited the sound and style of his early albums as "the Night Tripper," while Dan Auerbach of the Black Keys produced 2012's Locked Down, which embraced the hoodoo sound of his '70s work while also drawing from Rebennack's experiences in prison. Locked Down added yet another Grammy to Dr. John's trophy case, winning the award for Best Blues Album. Dr. John paid homage to another hero of American music, Louis Armstrong, with 2014's She-Dat-De-Dat: Spirit of Satch. The Louis Armstrong House Museum awarded Dr. John their Louie Award in 2015, and a year later, he received the Hank Jones Award from the Jazz Foundation of America.

After years of Rebennack paying tribute to other musicians, in 2014 producer and musician Don Was organized an all-star concert for Dr. John, with guest performers including Bruce Springsteen, Aaron Neville, John Fogerty, Mavis Staples, Allen Toussaint, Warren Haynes, and the Dirty Dozen Brass Band. A recording of the concert was released in 2016, The Musical Mojo of Dr. John: Celebrating Mac His Music. Mac Rebennack died in the early hours of June 6, 2019, following a heart attack; presumably the Night Tripper went with him, though for a hoodoo man, anything seems possible. ~ Mark Deming, Rovi 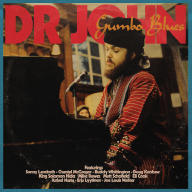 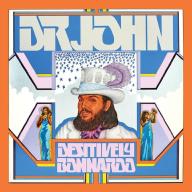 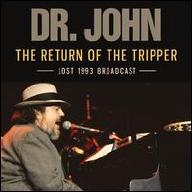 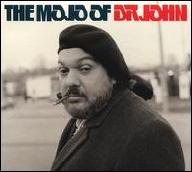 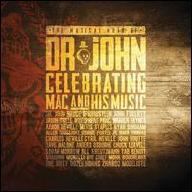 The Musical Mojo of Dr. John: Celebrating Mac & His Music
2016 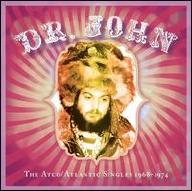 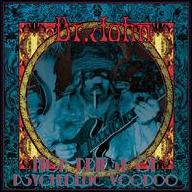 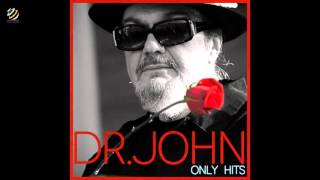 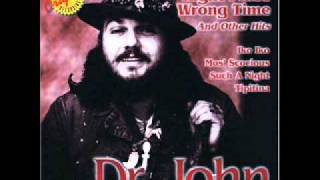 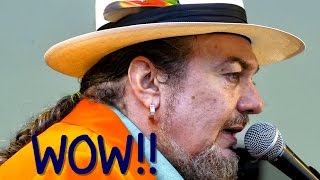 Dr John's Best Ever version of "Such a Night" piano blues 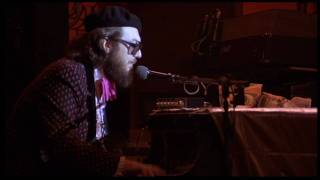 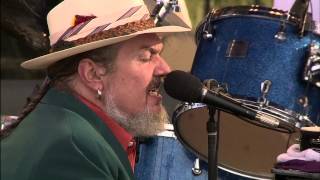 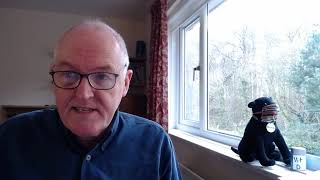 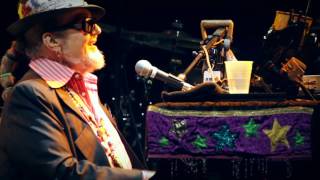