Close
Aaron Neville
from New Orleans, LA
January 24, 1941 (age 80)
Biography
Blessed with a voice that's smooth as silk, and strong despite his emphasis on his higher register, Aaron Neville was one of the most distinctive R&B artists of his generation, a legend of New Orleans music who went on to become a star in pop, country, and adult contemporary circles thanks to his collaborations with the likes of Linda Ronstadt and Trisha Yearwood. Neville began performing with his siblings in the mid-'50s and their group, the Hawkettes, scored a regional hit with their song "Mardi Gras Mambo" in 1954. Legal problems sidelined Neville for much of the rest of the decade, but his 1966 single, "Tell It Like It Is," became a smash that spread his name outside Louisiana. Bad business deals and personal problems prevented Neville from enjoying a follow-up, but in 1975 he reunited with his siblings to form the Neville Brothers. After years as cult favorites, their mix of New Orleans grooves, R&B power, and jazzy expression finally broke through to mainstream recognition with the 1989 album Yellow Moon, while that same year, a duet Aaron recorded with Linda Ronstadt, "Don't Know Much," became a major chart hit and established him as a solo star. Neville successfully embraced a pop-friendly adult contemporary sound on albums like 1991's Warm Your Heart and 1993's The Grand Tour, but he also explored spirituals on 2000's Devotion, vocal jazz classics on 2003's Nature Boy: The Standards Album, vintage R&B on 2006's Bring It on Home…The Soul Classics, and doo wop on 2013's My True Story. The smooth, graceful phrasing Neville essayed with his clear high-tenor instrument brought a deeply personal sound to his work regardless of the genre.

Aaron Joseph Neville was born in New Orleans, Louisiana on January 24, 1941. Neville and his siblings were of mixed heritage that reflected the Crescent City's cultural melting pot, dominated by African-American, Native American, and Caucasian ancestry. Aaron and his brothers grew up with a love of music; their mother enjoyed singing around the house and encouraged her children to take up instruments, and their uncle was George Big Chief Jolly Landry, a singer with the Mardi Gras Indian tribe the Wild Tchoupitoulas. While finances were tight in the Neville household, the brothers were talented and ambitious, and Aaron and his brothers Art Neville (keyboards), Charles Neville (sax), and Cyril Neville (percussion) pursued careers in music. Art formed a group called the Hawkettes, who enjoyed a hit with their first single, 1954's "Mardi Gras Mambo," and Art began incorporating his brothers in the lineup. However, Aaron's progress stalled when he was found guilty of car theft in 1958 and spent six months in jail. After he was released, he dove back into the New Orleans music scene, and beginning with 1960's "Over You" b/w "How Many Times," he recorded a handful of singles for the local Minit label, most produced by Allen Toussaint. While "Over You" rose to number 21 on the national R&B singles charts, the other releases didn't click commercially, and Neville relocated to Los Angeles, where he spent a year behind bars on a burglary charge. However, in 1966 he recorded a song for the tiny Parlo label, "Tell It Like It Is," which became a smash hit, hitting number one on the R&B charts and number two on the Hot 100.

While "Tell It Like It Is" should have made Aaron Neville a star, he received few royalties for the single's massive sales and was short-changed by his management, causing him to struggle financially. Neville was also caught up in drug addiction, and while he recorded a number of singles for Bell, Mercury, and Island, none of them were hits. In 1975, after the death of his mother, Aaron was reunited with Art, Charles, and Cyril for the first time in years, and they began working together again. When the Wild Tchoupitoulas landed a deal to record an album of Mardi Gras favorites, Art's band, the Meters, provided backup, and the four Neville Brothers all appeared on the sessions, lending harmonies and instrumental support. The album earned a cult following, and the Neville Brothers began performing regularly in New Orleans, where their mix of musical flavors -- rock, soul, reggae, jazz, and New Orleans second-line -- found a passionate following. By 1978, Aaron had kicked his drug habit, and the Neville Brothers landed a record deal with Capitol, which released their self-titled debut album that year. The album didn't quite capture the fire of the Neville Brothers' live show (the label pressured them to cut several disco tunes for the LP), and while 1981's Fiyo on the Bayou (cut for AM) was a dramatic improvement, their eclectic approach didn't win them much airplay. It was word of mouth and the loyalty of their fan base in New Orleans that kept the Neville Brothers going, and fittingly it was an independent live album, 1984's Neville-ization, recorded during a typically energetic show at Tipitina's in New Orleans, that generated enough interest with critics and music fans that they began developing a significant audience outside of Louisiana. In 1986, Aaron Neville dropped a solo EP, Orchid in the Storm, in which he put his spin on five classic vocal group numbers from the '50s.

As the Nevilles' audience grew, they landed another major-label deal with EMI and 1987's Uptown saw them joined in the studio with several of their better-known fans including Carlos Santana, Keith Richards, Jerry Garcia, and Branford Marsalis. Within the year, Uptown was released and the Neville Brothers were dropped by EMI in the midst of a corporate reorganization, but better days lay ahead for them. They landed another deal with AM, and 1989's Yellow Moon, produced by Daniel Lanois, was a chart success and became the group's biggest-selling album, while the song "Healing Chant" won a Grammy award as best pop instrumental performance. It was also a good year for Aaron: Linda Ronstadt, who became a fan after seeing the Neville Brothers while in New Orleans, invited him to sing duets with her on four tunes on her album Cry Like a Rainstorm, Howl Like the Wind. The album not only became a triple-platinum hit, one of the songs where they paired up, "Don't Know Much," rose to number two on the pop singles charts and was certified gold. After their successful collaboration, Ronstadt signed on to produce Aaron's 1991 solo album Warm Your Heart, which was his first full-length solo effort since 1967. One of the tracks, a cover of the Main Ingredient's 1972 hit "Everybody Plays the Fool," peaked at number eight on the singles chart, solidifying Aaron's status as a solo star.

From the early '90s onward, Aaron Neville divided his time between solo work and the Neville Brothers, releasing Family Groove with his siblings in 1992 and the solo effort The Grand Tour in 1993, with Ronstadt lending her vocals to a version of Leonard Cohen's "Song of Bernadette." Aaron closed out 1993 with his first holiday album, Aaron Neville's Soulful Christmas. Neville also participated in 1994's Rhythm, Country and Blues, a multi-artist project in which R&B and country stars duetted on a set of classic tunes; Neville shared the microphone with Trisha Yearwood for an interpretation of the Patsy Cline hit "I Fall to Pieces." Neville also cut the song "Even If My Heart Would Break" for the soundtrack to the box office smash The Bodyguard. Following 1996's Mitakuye Oyasin Oyasin/All My Relations, the Neville Brothers performed and recorded less frequently as Art Neville stepped up his workload with the Meters, and Aaron responded by spending more time on his solo work. He released The Tattooed Heart in 1995 and ...To Make Me Who I Am in 1997. The latter was Neville's last solo album for AM, and his next two LPs were collections of spiritually oriented material cut for his own Tell It label, 2000's Devotion and 2003's Believe. 2003 also saw Neville record a collection of pop and jazz standards for the Verve imprint, Nature Boy: The Standards Album. In 2005, Neville dropped a second holiday album, Christmas Prayer, and that same year, Hurricane Katrina devastated New Orleans, and Aaron and his brother Cyril left the Crescent City for good (Charles had already left for Massachusetts). While the brothers continued to tour on occasion, they no longer appeared in New Orleans, and 2004's Walkin' in the Shadow of Life would prove to be their final studio album. (The Neville Brothers formally disbanded in 2012, though they played a farewell reunion gig in New Orleans in 2015; Charles Neville succumbed to pancreatic cancer in 2018.)

As the Neville Brothers' career was winding down, Aaron devoted himself to live work and occasional recording, issuing Bring It on Home…The Soul Classics in 2006. After a four-year recording layoff, Neville cut another album of gospel material, 2010's I Know I've Been Changed. In 2013, Neville teamed with the venerable Blue Note label to release My True Story, which, like his Orchid in the Storm EP, was devoted to fresh interpretations of classic doo wop and vocal group chestnuts of the '50s and '60s; Keith Richards and Don Was co-produced the sessions. Neville gave his songwriting skills a showcase on 2016's Apache, for which he wrote or co-wrote ten of the eleven tracks. Neville was 75 years old when the album was released, but he helped support Apache with a special concert at the Brooklyn Bowl in New York City, where Dr. John, Ivan Neville, and George Porter, Jr. made guest appearances along with Eric Krasno and members of the New Orleans funk crew Dumpstaphunk. The show was recorded, and Aaron Neville's 75th Birthday Celebration Live at the Brooklyn Bowl was released in audio and video formats in 2019. ~ Mark Deming, Rovi 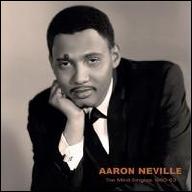 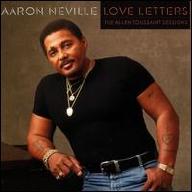 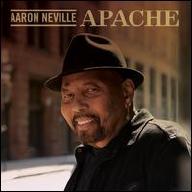 Good for the Soul: Aaron Neville
2014 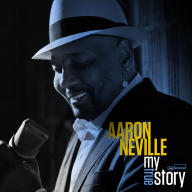 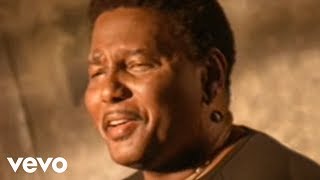 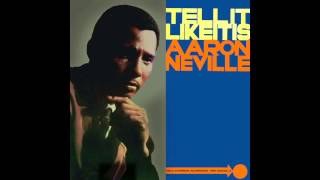 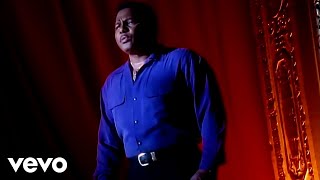 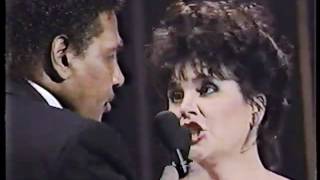 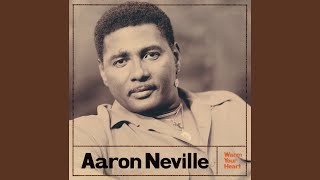 Everybody Plays The Fool 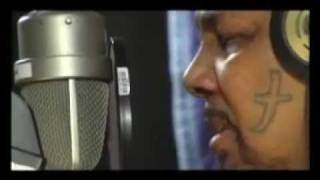 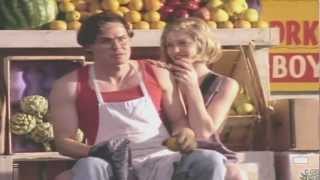