Close
War
from Long Beach, CA
formed January 1, 1969 (age 51)
Biography
One of the most popular funk groups of the '70s, War were also one of the most eclectic, freely melding soul, Latin, jazz, blues, reggae, and rock influences into an effortlessly funky whole. Although War's lyrics were sometimes political in nature (in keeping with their racially integrated lineup), their music almost always had a sunny, laid-back vibe emblematic of their Southern California roots. War kept the groove loose, and they were given over to extended jamming; in fact, many of their studio songs were edited together out of longer improvisations. Even if the jams sometimes got indulgent, they demonstrated War's truly group-minded approach: no one soloist or vocalist really stood above the others (even though all were clearly talented), and their grooving interplay placed War in the top echelon of funk ensembles.

The roots of War lay in an RB cover band called the Creators. Guitarist Howard Scott and drummer Harold Brown started the group in 1962 while attending high school in the Compton area, and three years later, the lineup also featured keyboardist Leroy Lonnie Jordan, bassist Morris B.B. Dickerson, and saxophonist/flutist Charles Miller (all of them sang). The group had an appetite for different sounds right from the start, ranging from RB to blues to the Latin music they'd absorbed while growing up in the racially mixed ghettos of Los Angeles. Despite a two-year hiatus following Scott's induction into the service, they released several singles locally on Dore Records (their first, Burn Baby Burn, was with singer Johnny Hamilton), and backed jazz saxophonist Tjay Contrelli, formerly of the psychedelic band Love; they also went by the names the Romeos and Señor Soul during this period. In 1968, the band was reconfigured and dubbed Nightshift; Peter Rosen was the new bassist, and percussionist Thomas Sylvester Papa Dee Allen, who'd previously played with Dizzy Gillespie, came onboard, along with two more horn players. B.B. Dickerson later returned when Rosen died of a drug overdose. In 1969, Nightshift began backing football star Deacon Jones (a defensive end for the L.A. Rams) during his singing performances in a small club, where they were discovered by producer Jerry Goldstein. Goldstein suggested the band as possible collaborators to former Animals lead singer Eric Burdon, who along with Danish-born harmonica player Lee Oskar (born Oskar Levetin Hansen) had been searching L.A. clubs for a new act.

After witnessing Nightshift in concert, Burdon took charge of the group. He gave them a provocative new name, War, and replaced the two extra horn players with Oskar. To develop material, War began playing marathon concert jams over which Burdon would free-associate lyrics. In August 1969, Burdon and War entered the studio for the first time, and after some more touring, they recorded their first album, 1970's Eric Burdon Declares War. The spaced-out daydream of Spill the Wine was a smash hit, climbing to number three and establishing the group in the public eye. A second album, The Black Man's Burdon, was released before the year's end, and over the course of two records it documented the group's increasingly long improvisations (as well as Burdon's growing tendency to ramble). It also featured War's first recorded vocal effort on They Can't Take Away Our Music. Burdon's contract allowed War to be signed separately, and they soon inked a deal with United Artists, intending to record on their own as well as maintaining their partnership with Burdon. However, Burdon -- citing exhaustion -- suddenly quit during the middle of the group's European tour in 1971, spelling the beginning of the end; he rejoined War for a final U.S. tour and then left for good.

War had already issued their self-titled, Burdon-less debut at the beginning of 1971, but it flopped. Before the year was out, they recorded another effort, All Day Music, which spawned their first Top 40 hits in All Day Music and Slippin' Into Darkness; the album itself was a million-selling Top 20 hit. War really hit their stride on the follow-up album, 1972's The World Is a Ghetto; boosted by a sense of multi-cultural harmony, it topped the charts and sold over three million copies, making it the best-selling album of 1973. It also produced two Top Ten smashes in The Cisco Kid (which earned them a fervent following in the Latino community) and the title ballad. 1973's Deliver the Word was another million-selling hit, reaching the Top Ten and producing the Top Ten single Gypsy Man and another hit in Me and Baby Brother. However, it had less of the urban grit that War prided themselves on; while taking some time to craft new material and rethink their direction, War consolidated their success with the double concert LP War Live, recorded over four nights in Chicago during 1974.

Released in 1975, Why Can't We Be Friends returned to the sound of The World Is a Ghetto with considerable success. The bright, anthemic title track hit the Top Ten, as did Low Rider, an irresistible slice of Latin funk that became the group's first (and only) RB chart-topper, and still stands as their best-known tune. 1976 brought the release of a greatest-hits package featuring the new song Summer, which actually turned out to be War's final Top Ten pop hit; the same year, Oskar released his first solo album, backed by members of Santana. A double-LP compilation of jams and instrumentals appeared on the Blue Note jazz label in 1977, under the title Platinum Jazz; it quickly became one of the best-selling albums in Blue Note history, and produced an RB-chart smash with an edited version of L.A. Sunshine.

Yet disco was beginning to threaten the gritty, socially aware funk War specialized in. Later in 1977, the band switched labels, moving to MCA for Galaxy; though it sold respectably, and the disco-tinged title track was a hit on the RB charts, it fizzled on the pop side, and proved to be the last time War would hit the Top 40. After completing the Youngblood soundtrack album in 1978, the original War lineup began to disintegrate. Dickerson left during the recording of 1979's The Music Band (which featured new female vocalist Alice Tweed Smith), and not long after, Charles Miller was murdered in a robbery attempt. After The Music Band was released, the remaining members attempted to refashion their image to fit the glitz of the era, and added some new personnel: bassist Luther Rabb, percussionist Ronnie Hammond, and saxophonist Pat Rizzo (ex-Sly the Family Stone). The Music Band 2 flopped, and the group was thrown into disarray; Smith exited, and the follow-up took an uncharacteristic three years to prepare. Released in 1982, Outlaw was a moderate success; the title track was a Top 20 RB hit, and Cinco de Mayo became a Latino holiday standard. Yet it didn't restore War's commercial standing. Rizzo left later in the year; Harold Brown followed in 1983, after Life Is So Strange flopped; and Rabb was replaced with Ricky Green in 1984. In the years that followed, War was essentially a touring outfit and nothing more. Papa Dee Allen collapsed and died on-stage of a brain aneurysm in 1988, leaving Jordan, Hammond, Oskar, and Scott as the core membership (Oskar would finally leave in 1992). Interest in War's classic material remained steady, however, thanks to frequent sampling of their grooves by hip-hop artists. 1992's Rap Declares War paired the band with a variety of rappers, paving the way for the 1994 comeback attempt Peace Sign; for that record, Brown returned on drums, and Jordan (now on bass), Scott, and Hammond were joined by saxophonists Kerry Campbell and Charles Green, percussionist Sal Rodriguez, harmonica player Tetsuya Tex Nakamura, and Brown's son, programmer Rae Valentine (plus guests Lee Oskar and José Feliciano). The album failed to chart, however, and the group returned to the touring circuit. Brown and Scott left the lineup in 1997.

Jordan continued to tour with a new version of the band in which he was the only original performing member. In 2008, War performed a one-off reunion date with Eric Burdon at London's Royal Albert Hall as a precursor to the Rhino reissues of his albums with the band, and a pair of compilations. Later that year, Jordan's War issued the audio/video live package entitled Greatest Hits Live, covering material from the band's best-known era, 1969-1975. In 2009 the group was nominated for the Rock and Roll Hall of Fame, but failed to secure enough votes for induction.

From 2009 on, War was a steady concert draw, either on the nostalgia group tour circuit or playing at festivals internationally. In 2014, the band issued Evolutionary on Universal, its first new album of studio material in a decade. The set was combined with the additional disc of its classic Greatest Hits album as an added incentive to consumers. ~ Steve Huey, Rovi 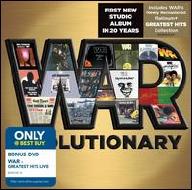 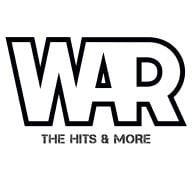 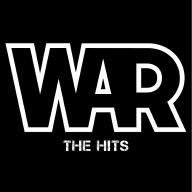 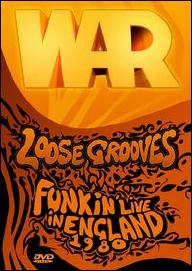 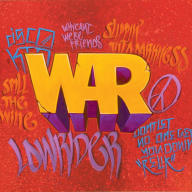 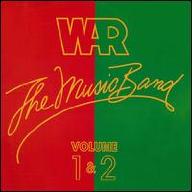 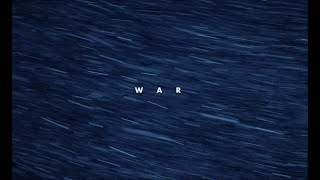 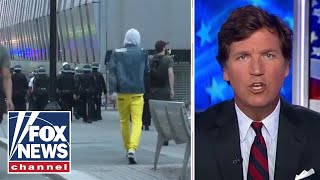 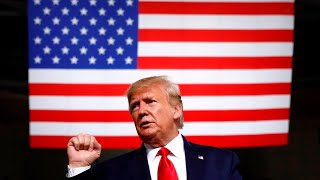 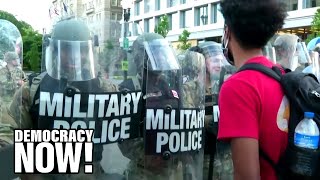 "A Declaration of War Against Americans": Trump Threatens to Deploy Military to Quell Protests 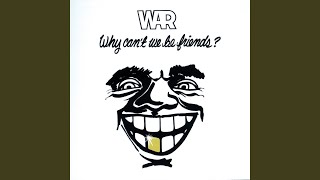 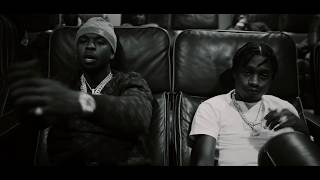