Close
Penny Ford
from Cincinnati, OH
November 6, 1964 (age 56)
Biography
Besides her gospel background, Penny Ford's musical roots run deep down into her family tree. Daughter of veteran record executive and producer Gene Redd Sr. (King Records) and singer Carolyn Ford and sister to singer Sharon Redd (the dance classic Beat the Streets), Ford was exposed to a lot of music early on as a result of her father's work with James Brown and Kool and the Gang. Her formal background began at age five when she began taking piano lessons. Ford began performing in local talent shows in and around Cincinnati. During her 1979 summer school vacation, Ford went out on tour with Dayton, OH, funkateers Zapp as a part of Parliament-Funkadelic's World Funk Tour. The following year, she was gigging in a series of dates in Japan.

Returning from Tokyo, en route to Cincinnati, Ford made a stop in Los Angeles and got a job doing demos for Motown's music-publishing division, Jobete. As word of her vocal prowess got around, Ford became a much-in-demand session vocalist. Ford can rightfully make claim to being "Ms. New Jill" before there was new jack. She signed with Total Experience Records, home of the Gap Band. Ford can be heard on their hit single I Found My Baby. The new jack sound owes a lot to the artists of Total Experience.

Ford debuted as a recording artist in her own right (under the name Pennye Ford) on Pennye, which yielded two R&B charters, Change Your Wicked Ways and the slammin' Dangerous (the 12" is a must-find for dance fans). With production by Jonah Ellis, Oliver Scott, Jimmy Hamilton and Maurice Hayes (Have Myself a Good Time), and Yarborough and Peoples (Don't Stop the Music), Pennye was loaded with sassy soulfulness and is a good precursor of the new jack sound. Ford was even a one-woman band on the track Serious Love. She also did a duet with Scott, Silent Night, on A Total Experience Xmas (Total Experience/RCA, 1984).

In 1986, Ford replaced Lorena Shelby as the lead singer of Klymaxx (I Miss You). After a year on the road, Ford joined the SOS Band for a six-month stint, including recording It's Time to Move for the Police Academy soundtrack. Shortly afterward, Ford began working as the principal background singer with Chaka Khan, touring Europe, and continued doing session work, including two albums for funkmeister George Clinton. It was through her work with Chaka Khan that Ford wound up taking a trip to Germany in late 1989. Khan had moved to London and called Ford to substitute for her when she couldn't make a session. The session was for a new group called Snap who was recording a song called The Power. Based on the runaway success of the record, Ford did a one-year tour with the group. As the co-writer of four Snap singles, The Power, Oops Up, Mary Had a Little Boy, and the Euro hit Cult of Snap, which collectively sold nine million copies, Ford's talents came to the attention of Soul II Soul's Jazzie B; she worked with him on two albums (Vol. III: Just Right) and on tracks for Teena Marie, Johnny Gill (Wrap Your Body Tight remix), and Betty Wright's Paradise. Ford can be also heard on tracks by Chaka Khan, Mica Paris, Kym Myzelle, and Massive Attack. Upon leaving Snap, Ford was the object of a major-label bidding war that resulted in her signing to Columbia/Sony in June 1991.

Ford took her time making her Columbia/Sony debut, Penny Ford, in the process surrounding herself with crack talent. She enlisted the services of producer/bassist Randy D. Jackson, who had worked with Narada Michael Walden and was a former bassist with Journey. The first single was a remake of Aretha Franklin's Daydreaming. It sports a swinging hip-hop beat, "wacka-wacka" guitar by John Mitchell, sparkling piano by Greg Phillanganes, and a tight sax solo by Gerald Albright. I'll Be There (not the Jackson 5 standard) is an inspirational mid-tempo groover built on a percolating bass and gospel-ish ooing background vocals and an uplifting message: "If you're restless I will follow you/if you're weak I'll give you the strength/if you can't go on I will see you through/I'll be there I'll be there I'll be there...." The jacked-up Nevertheless has syncopated double-time vocals and samples from James Brown's Funky President. Ian Price co-wrote the musically playful This Love, and for midnight moodiness, there's All in Me.

Ford continued to do session and concert work in the U.S. and in Europe. ~ Ed Hogan, Rovi 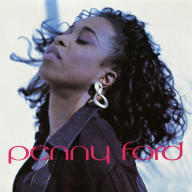 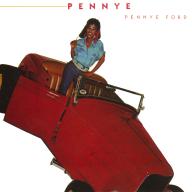 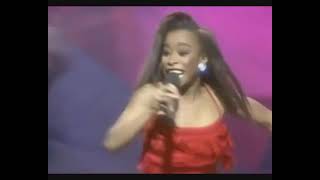 i got the power live at the apollo Snap! 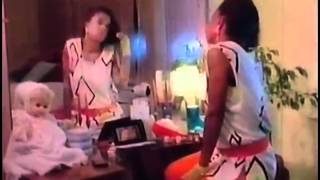 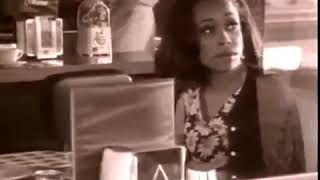 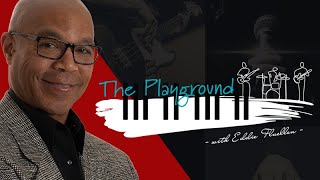 Penny Ford is on The Playground with Eddie Fluellen! 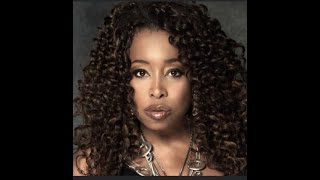 My interview with the one and only Penny Ford 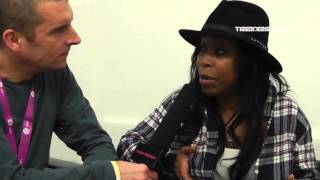 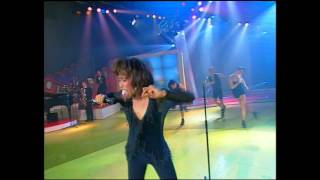