Close
Continental Drifters
from Los Angeles, CA
formed January 1, 1991 - January 1, 2002 (age 11)
Biography
All-star roots pop outfit the Continental Drifters were formed in Los Angeles in late 1991 by ex-Dream Syndicate bassist Mark Walton and expatriate New Orleans musicians Carlo Nuccio (drums) and Ray Ganucheau (guitar); after enlisting guitarist Gary Eaton (who had previously worked with Giant Sand and Steve Wynn) and keyboardist Danny McGough (ex-Liquor Giants and 7 Deadly 5), the group played each Tuesday night at the Hollywood club Raji's and attracted a fervent local following. Over time, the Continental Drifters' roster swelled to include a number of auxiliary players including ex-dB Peter Holsapple, his wife Susan Cowsill and former Bangle Vicki Peterson; after McGough left the group, Holsapple assumed keyboard duties full-time. Their debut single, "The Mississippi," followed on Bob Mould's S.O.L. label in 1992. The single was meant to be a preview of an album that was nearly completed in 1993 but shelved by the band after several personnel changes made it unrepresentative of the group. By the time the single was released, Cowsill and Peterson had joined on a permanent basis as well.

When Nuccio and Ganucheau decided to move back to New Orleans, it was decided that the Continental Drifters would continue on, with various members flying cross-country to attend gigs; when that proved costly and inconvenient, Walton, Holsapple, and Cowsill all relocated to the Big Easy as well, and although Eaton eventually quit the group, Peterson ultimately followed to Louisiana too. Ganucheau soon exited, and guitarist Robert Maché was recruited as his replacement; this lineup recorded the Drifters' self-titled 1994 debut LP, which earned significant critical acclaim. After Nuccio departed, new drummer Russ Broussard signed on; by 1997 the Drifters had yet to land a major-label contract, so they recorded the single "Christopher Columbus Transcontinental Highway" for the tiny Black Dog label. The full-length Vermilion followed in mid-1998.

Holsapple and Cowsill's romantic partnership ended in divorce in 2000, but they continued to work together in the band. Good to their word, in 2001, the Drifters released an album of new material, Better Day, as well as an EP of Fairport Convention and Richard Thompson covers, Listen Listen. However, international touring for the EP was scuttled by the terrorist attacks of September 11, 2001, and the group began to wind down. The unreleased first album was finally brought out in 2003 by the German Blue Rose label, under the title Nineteen Ninety-Three; by that time, the Continental Drifters had effectively broken up, though they reunited to play a few shows to mark the release, and more reunion gigs took place in 2009. In 2015, Omnivore Recordings issued Drifted: In the Beginning Beyond, which collected most of the material from Nineteen Ninety-Three and rare early tracks along with a second disc of covers, including the tracks from the Listen Listen EP. ~ Jason Ankeny, Rovi 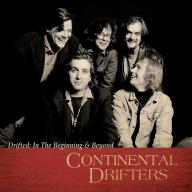 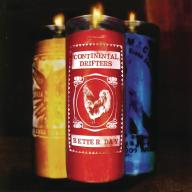 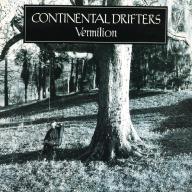 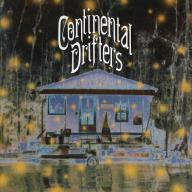 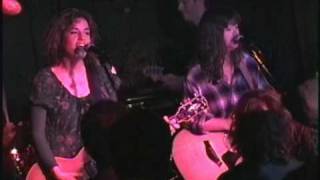 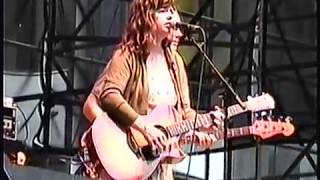 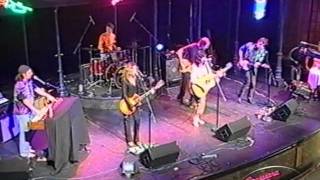 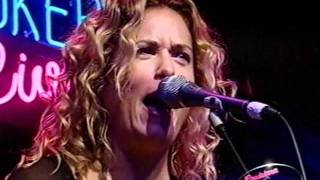 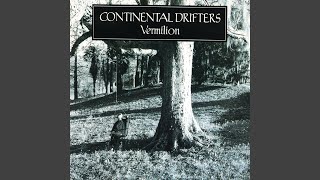 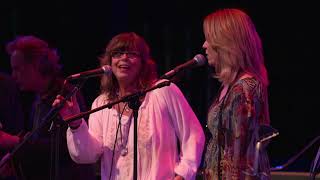 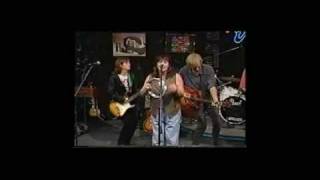 Continental Drifters - Get Over It
Available here: