Close
Carla Olson
from Austin, TX
July 3, 1952 (age 69)
Biography
A roots rock pioneer, Carla Olson is a highly regarded singer/songwriter, guitarist, and producer who has been at the forefront of the rock and Americana scene for over 30 years. Olson first emerged in the late 1970s with her band the Textones, playing a mix of blues, country, and old-school rock & roll. Marked by her soulfully weathered vocals and twangy guitar chops, she earned a cult following with the Textones' 1984 debut, Midnight Mission. She also garnered respect from the folk-rockers who preceded her, including the Byrds' singer/songwriter Gene Clark, whom she joined for the influential 1987 album So Rebellious a Lover. She also recorded with former Rolling Stones guitarist Mick Taylor. Away from the Textones, Olson has issued her own albums including 1993's Reap the Whirlwind, 2013's Have Harmony, Will Travel, and 2019's Todd Wolfe collaboration The Hidden Hills Sessions, all of which showcase her melodically earthy songwriting style and strong grasp on roots music traditions.

Born in Austin in 1952, Olson was introduced to music at age five by her father, a classical pianist. Having started out on piano, by age 13 she had switched to acoustic guitar and spent hours learning how to play along with records by Joan Baez, Bob Dylan, the Beatles, the Everly Brothers, the Rolling Stones, and the Byrds. By 1967 she had sold her acoustic guitar to buy an electric and began playing in local bands. It was during this period that she befriended musician Don Henley, who was then playing in a band with guitarist Eric Johnson. After high school, she spent several months traveling in Italy before returning home to Austin. It was there, in 1977, that she formed the punk outfit the Violators with future Go-Go's guitarist Kathy Valentine. After a year, Olson and Valentine moved to Los Angeles, where they formed the seminal roots rock band the Textones. The group built a local following playing clubs like The Whisky, Starwood, and Madame Wong's, and released a three-song EP on the British Chiswick label which included the track "Vacation," later a hit for the Go-Go's. They also recorded Valentine's song "We Don't Get Along" (also later recorded by the Go-Go's) with Dwight Twilley bandmate Phil Seymour for his 1980 debut album.

Around this time, Valentine left the group to join the Go-Go's full-time and Olson continued leading the Textones as a trio, eventually adding longtime Texas friend George Callins on guitar and Tom Junior Morgan on sax and keyboards. More lineup changes found bassist Dave Provost leaving to join the Dream Syndicate; he was replaced by Joe Read, and drummer Mark Cuff was replaced by Seymour. This version of the Textones signed with AM and released their influential 1984 debut album, Midnight Mission, produced by Barry Goldberg. Prior to the album's recording, Olson had befriended former Byrds singer Gene Clark. Subsequently, Clark and hometown friend Don Henley sang backing vocals on the album, which also featured slide guitar contributions from Ry Cooder. Well-received, the album charted at 76 on the Billboard 200, and spawned the singles "Standing in the Line" and "Midnight Mission." While touring in support of the album, Seymour was diagnosed with lymphoma and left the group (he ultimately died from the disease in 1993). Olson's sophomore album with the Textones, Cedar Creek, arrived in 1987 and featured the addition of drummer Rick Hemmert, as well as contributions by Ian McLagan and Howie Epstein.

Also in 1987, Olson joined Gene Clark for the landmark collaboration So Rebellious a Lover. Often cited as one of the first true Americana albums, it showcased the duo's earthy spontaneity and vocal harmonies. The following year, she issued her own eponymous solo album, recorded in Malmo, Sweden. Later reissued as Rubies Diamonds, it included contributions by Textones bandmate George Callins, as well as members of the Swedish rock band Wilmer X. In 1990, she joined former Rolling Stones guitarist Mick Taylor for a live concert at the Roxy Theatre in Hollywood. Coincidentally, in 1983 Olson had appeared in Bob Dylan's music video for his song "Sweetheart Like You" standing in for Taylor, who had played the guitar solo on the track. Olson and Taylor's live album was released as Too Hot for Snakes in 1991 and found them playing a mix of their own songs as well as a cover of the Rolling Stones' "Sway."

In 1993, Olson released her second proper solo album, Within an Ace, playing a mix of rock, blues, and country. Reap the Whirlwind arrived the following year and marked a period of relative quiet for the singer/guitarist, who began a shift toward other studio work, producing albums for artists including Mare Winningham, Davis Gaines, Phil Upchurch, and others. She returned to her solo work in 2001 with The Ring of Truth, which found her reuniting with Mick Taylor. More production work followed including sessions with Percy Sledge, Barry Goldberg, Joe Louis Walker, and Doña Oxford, among others.

Olson returned to her own recording with 2013's Have Harmony, Will Travel, a covers album which featured a bevy of guest vocalists, including Peter Case, Juice Newton, Scott Kempner, and John York. An expanded reissue of the Textones albums Midnight Mission and Cedar Creek, appeared on Omnivore Records in 2015. Two years later, Sunset Blvd Records gave Olson's 1988 eponymous solo debut its first U.S. release as Rubies Diamonds. In 2018, Olson and the Textones released their long-awaited third studio album, Old Stone Gang. Recorded over a six-year period, it featured guest spots by Barry Goldberg, Todd Wolfe, the late Phil Seymour, and Kathy Valentine. Olson then paired again with Wolfe for 2019's The Hidden Hills Sessions. 2020 brought Have Harmony, Will Travel 2, a sequel to her 2013 effort, in which she sang alongside Timothy B. Schmit, Percy Sledge, Peter Noone, and Mare Winngham, among others. ~ Matt Collar, Rovi 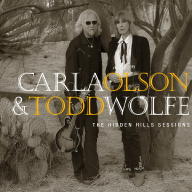 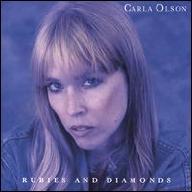 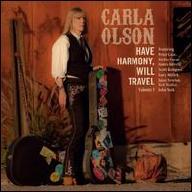 Have Harmony, Will Travel
2013 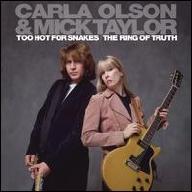 Too Hot for Snakes / The Ring of Truth 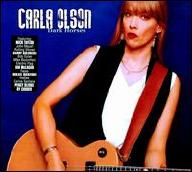 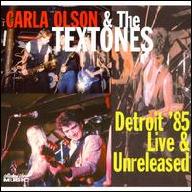 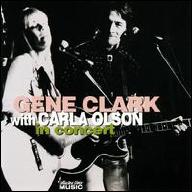 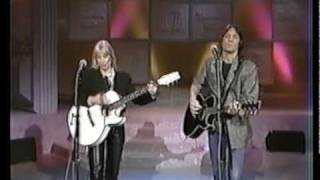 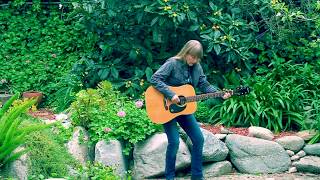 Carla Olson - Shackles And Chains (Live From The Backyard) 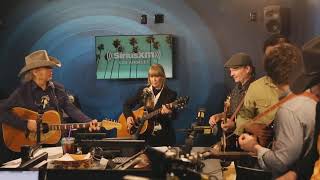 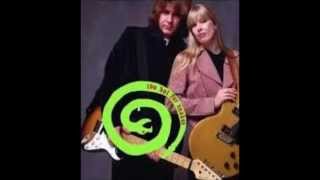 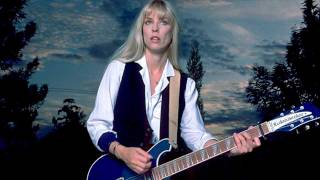 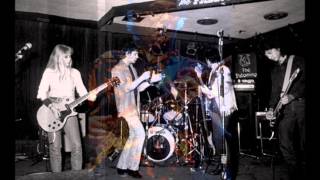 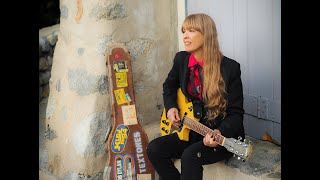