Close
Joan Baez
from Staten Island, NY
January 9, 1941 (age 81)
Biography
The most accomplished interpretive folksinger of the 1960s, Joan Baez has influenced nearly every aspect of popular music in a career still going strong. Baez is possessed of a once-in-a-lifetime soprano, which, since the late '50s, she has put in the service of folk and pop music as well as a variety of political causes. Starting out in Boston, Baez first gained recognition at the 1959 Newport Folk Festival, then cut her debut album, Joan Baez (October 1960), for Vanguard Records. It was made up of 13 traditional songs given near-definitive treatment. A moderate success on release, the album took off after the breakthrough of Joan Baez, Vol. 2 (September 1961), and both albums became huge hits, as did Baez's third album, Joan Baez in Concert, Pt. 1 (September 1962). Each album went gold and stayed in the best-seller charts more than two years.

From 1962 to 1964, Baez was the popular face of folk music, headlining festivals and concert tours and singing at political events, including the August 1963 March on Washington. During this period, she began to champion the work of folk songwriter Bob Dylan, and gradually her repertoire moved from traditional material toward the socially conscious work of the emerging generation of '60s artists like him. Her albums of this period were Joan Baez in Concert, Pt. 2 (November 1963) and Joan Baez 5 (October 1964), which contained her cover of Phil Ochs' "There But for Fortune," a Top Ten hit in the U.K.

Like other popular folk performers, Baez was affected by the changes in popular music wrought by the appearance of the Beatles in the U.S. in 1964, and Dylan's introduction of folk-rock in 1965, and she began to augment her simple acoustic guitar backing with other instruments, initially on Farewell, Angelina (October 1965). It was followed by a Christmas album, Noël (October 1966), and Joan (August 1967), albums on which she was accompanied by an orchestra conducted by Peter Schickele. Baez continued to experiment in the late '60s, releasing Baptism (June 1968), in which she recited poetry, and Any Day Now (December 1968), a double album of Dylan songs done with country backing, which went gold.

In March 1968, Baez had married antiwar protest leader David Harris, who was imprisoned as a draft evader. Harris was a country music fan, and Baez's turn toward country, which continued on David's Album (June 1969) and One Day at a Time (March 1970), reflected his taste. Blessed Are... (August 1971) was a gold-selling double album that spawned a gold Top Ten hit in Baez's cover of the Band's "The Night They Drove Old Dixie Down." It was followed by Carry It On (December 1971), the soundtrack to a documentary about Baez and Harris. Baez switched record label affiliation to AM Records with Come from the Shadows (May 1972), which moved her in a more pop direction. Where Are You Now, My Son? (May 1973) included sounds taped during Baez's visit to Hanoi in December 1972.

In the late '60s and early '70s, Baez moved toward pop/rock music and also began to write her own songs, culminating in the gold-selling Diamonds Rust (April 1975), which was followed by the entirely self-written Gulf Winds (October 1976). Baez moved to the Portrait label of CBS Records with Blowin' Away (June 1977), but she left the label after Honest Lullaby (May 1979), and her next album, European Tour (1980), was released only outside the U.S. It was another seven years before she found an American record label, Gold Castle, for Recently (1987), which was followed by the live album Diamonds Rust in the Bullring (January 1989) and Speaking of Dreams (October 1989). Baez moved to Virgin Records for Play Me Backwards (August 1992).

In 1993, Vanguard released Rare, Live Classic, a three-CD box-set retrospective. Ring Them Bells, a live album on which Baez was joined by musical descendants like Mary Chapin Carpenter and Indigo Girls, came out on Guardian Records in 1995. Gone from Danger, her first studio album in five years, followed in 1997, and it was another six years before the release of Dark Chords on a Big Guitar in 2003. A November 2004 concert in New York was documented on the 2005 release Bowery Songs. Baez's 24th studio album, Day After Tomorrow, produced by Steve Earle, was released on September 9, 2008 by Bobolink/Razor Tie, followed by Sing Me Home almost exactly a year later in 2009. In 2016, Baez celebrated her 75th birthday with a special concert at the Beacon Theatre in New York. Joined by an all-star cast of musicians, including Judy Collins, Emmylou Harris, Richard Thompson, and Jackson Browne, the show was captured for posterity and issued as an official release a few months later. Baez was inducted into the Rock & Roll Hall of Fame in 2017, and she went into the studio with producer Joe Henry to begin work on an album that same year. Whistle Down the Wind was released in March 2018, and was followed by a concert tour that Baez declared would be her last. ~ William Ruhlmann, Rovi 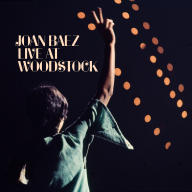 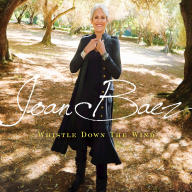 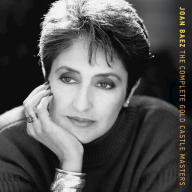 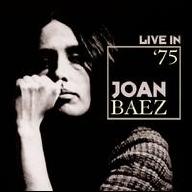 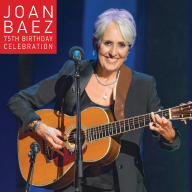 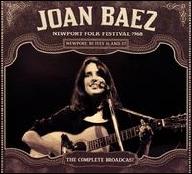 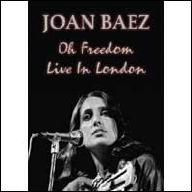 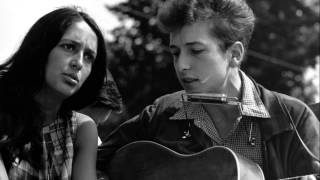 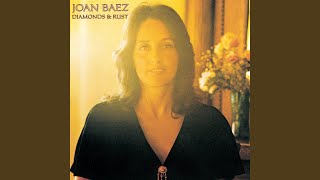 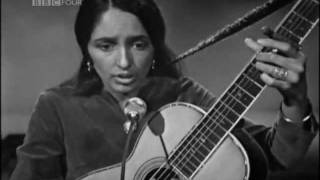 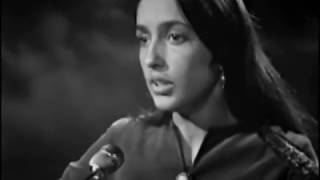 Joan Baez | The Night They Drove Old Dixie Down 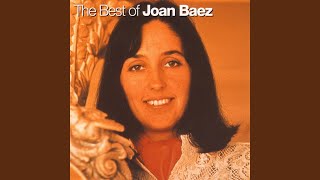 The Night They Drove Old Dixie Down
Available here: