Close
Janis Ian
from New York, NY
April 7, 1951 (age 70)
Biography
Janis Ian is a singer and songwriter whose career has gone through three distinct stages. Ian had an initial burst of fame as a teenager with a precocious gift for social and political commentary, as documented on her self-titled 1967 debut album and its hit single "Society's Child." She returned to the public eye in the mid-'70s with deeply personal songs about life and relationships; this era was launched with the albums Stars (1974) and Between the Lines (1975), and a track from the latter album, "At Seventeen," would become her best-known song. In 1993, after ten years away from the spotlight, Ian re-emerged as an independent artist whose comeback album, Breaking Silence (1993), fused a mature viewpoint on the world around her to an urgent and confident lyrical voice. In each stage of her career, Ian's lyrics were literate and emotionally honest, even at the age of 14 (when she penned "Society's Child"), and her vocals have a warmth that reflects strength and vulnerability with equal eloquence.

Janis Ian was born Janis Eddy Fink on April 7, 1951. Her mother gave birth at a hospital in the Bronx borough of New York City, and the family lived on a farm in Southern New Jersey. Ian's father Victor was a chicken farmer who later became a music teacher, while her mother Pearl was a waitress who would go on to a career in academic fundraising; they also ran a summer camp in the Garden State. The Finks were also political activists who supported a number of progressive causes, which led to the F.B.I. investigating the family and briefly putting their camp under surveillance. Growing up, Ian was fond of the music of Joan Baez and Odetta, often played in the house, and she started playing music at a very early age. She wasn't yet four years old when she told her parents she wanted to play piano, and at ten she had taught herself to play guitar; in time, she would also become proficient on organ, banjo, harmonica, and French horn. In 1963, Ian wrote her first song, "Hair of Spun Gold," which was published in the noted folk music journal Broadside. She briefly attended the High School of Music & Art in New York City after her family relocated to the city, and she began performing at school functions that spread the word about her talent. Soon she was making the rounds of New York folk clubs and writing lyrics while riding the bus home from school.

In 1965, Ian wrote a song about an interracial romance between two teenagers, "Society's Child," and word about the song and its young composer made its way to Atlantic, who arranged for Ian to record the song with producer Shadow Morton, best known for his work with the Shangri-Las. Ian changed her name to Janis Ian -- Ian bring her brother's middle name -- and while Atlantic opted not to release "Society's Child," Verve/Forecast signed to her a record deal, and they issued the tune as a single in 1966, with "Letter to Jon" as the flipside. The song initially met resistance from radio programmers due to its controversial theme, but after Leonard Bernstein featured Janis on a television special, Inside Pop: The Rock Revolution, the single took off, and rose to number 14 on the pop singles chart. Ian suddenly rose to stardom, and her first album, Janis Ian, appeared in early 1967. She dropped out of high school in tenth grade to focus on her music full-time, and before 1967 was out, she released a second LP, For All the Seasons of Your Mind. A song from the album, "Insanity Comes Quietly to the Structured Mind," was issued as a single, but rose no higher than number 109, and her third full-length, 1968's The Secret Life of J. Eddy Fink, produced no hits and failed to chart. Ian stopped working with Shadow Morton, and for 1969's Who Really Cares, producer Charlie Calello (who had also worked with Laura Nyro, Neil Diamond, and the Four Seasons) was in charge of the sessions. While Who Really Cares was a creative step forward for Ian as a songwriter and performer, boasting a more full-bodied approach, it was promoted poorly and proved to be her last album for Verve/Forecast.

Frustrated with the music business, Ian retired and relocated to Philadelphia, though she soon reconsidered, and signed with Capitol, which issued Present Company in 1971. The album received little attention, but it reawakened her interest in songwriting, and she soon wrote the songs "Jesse" and "Stars." The former (about a woman longing for her man who is fighting in Vietnam) would become a hit when recorded by Roberta Flack for her 1973 album Killing Me Softly, and the latter (a long meditation on the impact of fame) became the title track for her first album under a new contract with Columbia. 1974's Stars sold only modestly, but it received strong reviews, and the song "The Man You Are in Me" was issued as a single and peaked at number 104 on the pop charts, making it her first charting 45 since 1967. Ian's second Columbia LP, 1975's Between the Lines, became a major commercial and critical breakthrough, earning some of the best reviews of her career, rising to the top of the Top 200 albums chart, and spawning "At Seventeen," a vivid recollection of adolescent angst that unexpectedly made its way onto AM radio and became Ian's signature song, peaking at number three on the pop singles survey. Ian would win two Grammy awards for Between the Lines, and in October 1975, she and Billy Preston were the musical guests on the first episode of a new late-night comedy and variety series, Saturday Night Live.

After Between the Lines and "At Seventeen" took Ian back to the top, she issued a third album for Columbia, Aftertones, before 1975 was out, which was another set of introspective songs leavened with witty numbers like "Boy I Really Tied One On" and "This Must Be Wrong." It did well in the United States, topping out at number 12, and was a major success in Japan, going to number one and staying on the charts for six months. 1977's Miracle Row, recorded with Ian's road band, found her mixing her incisive lyrics with Latin and R&B accents in her music. 1978's Janis Ian (sometimes called Janis Ian II to set it apart from her debut album) earned her a Grammy nomination for Best Jazz Duet for the song "Silly Habits," which featured her sharing vocals with Mel Tormé. As Ian continued to enjoy chart success in Japan and Australia, CBS/Sony issued Remember, a live album that was initially released only in those countries. Hoping to update her sound, Ian collaborated with producer Giorgio Moroder for two songs on her 1979 album Night Rains, while Bruce Springsteen's sax player Clarence Clemons also guested on the sessions. One of the tracks from Night Rains, "Fly Too High," appeared on the soundtrack to the movie Foxes, which starred Jodie Foster and Cherie Currie of the Runaways; the song became a major international hit, thought it made little impression in the United States. 1981's Restless Eyes was an exercise in polished soft rock, but her next album, Uncle Wonderful, was a detour into dance-oriented pop that did not please her sponsors at Columbia. Completed in 1983, the label opted not to release it in the United States, and it didn't appear until 1985 in the U.K., and 1986 in Australia and New Zealand.

By the time Uncle Wonderful belatedly arrived, Ian had parted company with Columbia, divorced an abusive husband, and began studying acting and dance. However, her new life was turned upside down when Ian learned that she had been swindled by her accountant and that the Internal Revenue Service was demanding payment on seven years' worth of income Ian was falsely told her representatives had paid. After selling off most of her belongings, Ian moved to Nashville and focused on songwriting; her tune "Some People's Lives" (co-written with Rhonda Vincent) became the title track of one of Bette Midler's most popular albums, and other songs from this period were cut by Nanci Griffith, Kathy Mattea, and Amy Grant. In 1992, nearly ten years after Uncle Wonderful put her recording career on pause, Ian made a striking return with 1992's Breaking Silence, an especially bold set of songs that offered an unflinching look at topics such as AIDS, spousal abuse, incest, and the Holocaust. The album also coincided with Ian coming out as a lesbian, and she soon began writing a regular column for the pioneering gay & lesbian magazine The Advocate. Breaking Silence was met with rave reviews and a Grammy nomination, and it gave her career as a recording artist a new lease on life. It was followed in 1995 by another outspoken LP, 1995's Revenge. Morgan Creek Records (which released Breaking Silence) and Beacon Records (which issued Revenge) had both gone under, and Ian partnered with a more well-established label, Windham Hill, for 1997's Hunger and 2000's God the FBI, which once again found her exploring both personal and topical themes. Recorded in a mere three days, 2004's Billie's Bones added a subdued country flavor to the arrangements, and included a guest vocal from Dolly Parton on the cut "My Tennessee Hills."

Billie's Bones came out via Oh Boy Records, the independent label co-founded by John Prine, and Ian followed suit by forming her own label, Rude Girl Records; Rude Girl released 2006's Folk Is the New Black, and would issue new material, archival releases (including her Unreleased series), and reissues from Ian's back catalog. 2008 saw the publication of her memoirs, Society's Child: My Autobiography, as well as an accompanying CD release The Best of Janis Ian: The Autobiography Collection, as well as a DVD anthology, Through the Years: A Retrospective, the latter a fundraising release for the Pearl Foundation, which founded a college scholarship in the name of Ian's mother. In 2012, Ian recorded an audiobook of her autobiography, which won a Grammy Award for Best Spoken Word Recording. 2014's Strictly Solo found Ian revisiting songs from her back catalog that were frequently requested by fans, reinterpreted for voice and guitar. The album was originally available only at the merch table at her live shows, but in 2019 she made the album available through retail and on her website. 2015 saw Ian make her screen acting debut in the final episode of the HBO series Getting On, in which she also sang an original song. While Ian's release schedule slowed down considerably following Folk Is the New Black, she continued to regularly perform live and released songs digitally, often in support of the Pearl Foundation and other charitable causes. ~ Mark Deming, Rovi 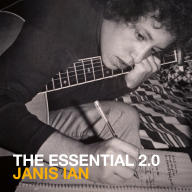 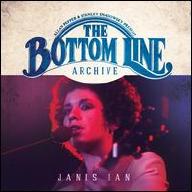 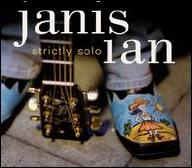 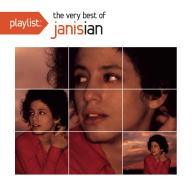 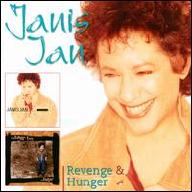 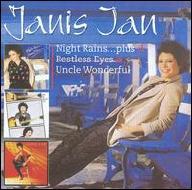 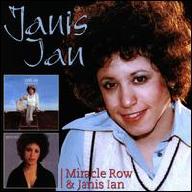 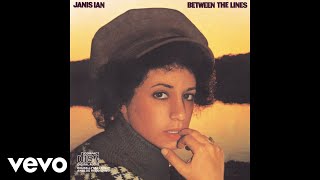 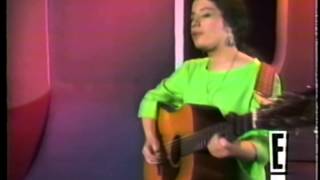 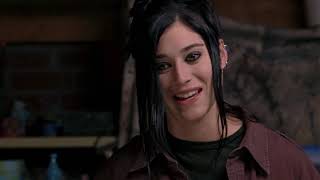 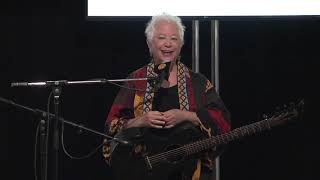 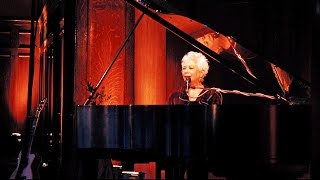 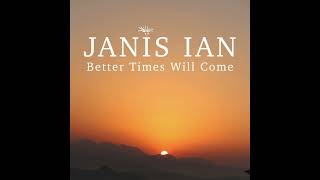 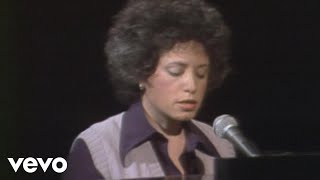