Close
Pere Ubu
from Cleveland, OH
formed August 1, 1975 (age 46)
Biography
Led by hulking frontman David Thomas -- whose absurdist warble and rapturously demented lyrics remained the band's creative focus throughout their career -- Pere Ubu emerged from the urban wastelands of mid-'70s Cleveland to become one of the American underground's most influential bands. Ubu's 1975 debut single, "30 Seconds Over Tokyo," and their 1978 debut album, The Modern Dance, introduced the self-destructing melodies, scattershot rhythms, and industrial-strength dissonance that they used to capture the angst and chaos of their times with both apocalyptic fervor and surprising humanity for decades. The group's protean art punk became more melodic and accessible on later efforts from the '80s and '90s, including 1989's Cloudland and 1993's Story of My Life, but Pere Ubu's idiosyncratic vision remained undiluted even by their frequent hiatuses and lineup changes. The band welcomed the 21st century with ambitious, uncompromising albums, such as 2002's St. Arkansas, that honored their roots without rehashing them. Their momentum continued into the 2010s, with 2013's Lady from Shanghai and 2019's The Long Goodbye combining sources as diverse as film noir and dance music into a sound and viewpoint that was unmistakably Pere Ubu.

Laughner's longstanding battles with drugs and alcohol forced his exit from Pere Ubu in June of 1976; within a year, he was dead. The group continued on as a quintet, with bassist Tony Maimone signing on in the wake of Wright's move to New York, where he joined the pioneering no wave band DNA. In the wake of Ubu's third single, "Street Waves," Thomas was approached by Mercury label A&R exec Cliff Burnstein, who convinced the label to form a new imprint, Blank Records, for the express purposes of signing Pere Ubu. Their debut LP, The Modern Dance, was issued in early 1978, and although the record made little commercial impact at home or abroad, its manic intensity and dark impenetrability proved profoundly influential on countless post-punk acts on both sides of the Atlantic. Its follow-up, Dub Housing, was even better, pushing the band to further extremes of otherworldliness. However, the cracks were already beginning to show, and upon completing 1979's New Picnic Time (working title: Goodbye), Ubu disbanded. Although the group re-formed months later, Herman opted not to return and was replaced by Red Krayola mastermind Mayo Thompson.

The Art of Walking followed in 1980, with subsequent tours in support of the record heralding the increasingly pop-centric sound that would distinguish later Ubu projects; a live record, 390° of Simulated Stereo, appeared a year later. Krauss was replaced by drummer Anton Fier for 1982's Song of the Bailing Man, but as before, personal and creative differences began taking their toll and Ubu again disbanded. While Maimone and Krauss reunited in the group Home and Garden, Thomas continued the solo career he'd begun with the 1981 effort The Sound of the Sand (And Other Songs of the Pedestrians), a collaboration with guitar virtuoso Richard Thompson. He recorded 1987's Blame the Messenger with the Wooden Birds, a backing band including fellow Ubu alums Ravenstine and Maimone; after Krauss sat in for a Cleveland live date, the decision was made to work as Pere Ubu again. Guitarist Jim Jones and drummer Chris Cutler were also recruited for 1988's comeback effort The Tenement Year, a vividly idiosyncratic pop album far more accessible than anything in the group's back catalog.

1989's Stephen Hague-produced Cloudland further refined the approach, with the video for the single "Waiting for Mary" even earning limited MTV airplay; after both Ravenstine and Cutler exited Pere Ubu (the former becoming a commercial airline pilot), one-time Captain Beefheart sideman Eric Drew Feldman was installed for 1991's Worlds in Collision. Feldman soon departed as well to join Frank Black, and the remaining quartet recorded 1993's Story of My Life for the short-lived Imago label. Maimone was the next to go, with bassist Michele Temple and keyboardist Garo Yellin stepping in for 1995's planned swan song, Ray Gun Suitcase.

As Ubu again slipped into limbo, the band's massive influence was celebrated in 1996 with the release of the five-disc box set Datapanik in the Year Zero. The renewed interest spurred Thomas back into action, and he reunited with Tom Herman for the first time in two decades to record 1998's sprawling Pennsylvania (also featuring holdovers Jones and Temple in addition to keyboardist Robert Wheeler and drummer Steve Mehlman). Four years later, Pere Ubu delivered some of their darkest and most theatrical work to date with St. Arkansas, which was hailed as one of the band's best albums since their reformation in the '80s. With Pere Ubu once again going strong, Thomas reassembled Rocket from the Tombs for a short run of shows in 2003. (Former Television guitarist Richard Lloyd sat in for the late Peter Laughner.) What was expected to be a short-term revival evolved into a second career with RFTT, following the release of an archival album of old recordings and a set of re-interpretations by the new lineup. In 2006, Thomas returned his attentions to Pere Ubu, releasing the provocatively titled Why I Hate Women. A remix album also arrived that year.

In 2009, the group returned with Long Live Pere Ubu!, which featured songs from a musical adaptation of the band's namesake play Ubu Roi and included contributions from Communards' Sarah Jane Morris and electronic artist Gagarin. Pere Ubu's next album, 2013's Lady from Shanghai, was nearly as ambitious. Described as "an album of dance music fixed," it commemorated the 35th anniversary of The Modern Dance with abrasive, industrial-tinged rhythms and an accompanying book, Chinese Whispers: The Making of Pere Ubu's Lady from Shanghai. Also in 2013, the band performed their underscore for the cult classic horror film Carnival of Souls. Several pieces from the score became the basis for 2014's Carnival of Souls, which arrived in different CD and vinyl versions.

In 2015, Thomas released a new Rocket from the Tombs album and also looked back at Pere Ubu's past with a pair of archival vinyl-only box sets, Elitism for the People 1975-1978 and Architecture of Language 1979-1982. For 20 Years in a Montana Missile Silo, Thomas had the bandmembers -- who included guitarist Gary Siperko and Swans' Christoph Hahn -- work on their parts individually, then he combined them into tracks that inspired his lyrics. A concise, noisy set that riffed on blues, surf, and garage, the album arrived in 2017. Two years later, Pere Ubu returned with what Thomas described as the band's "definitive destination." Released by Cherry Red Records in July 2019, The Long Goodbye's dense, caustic pieces took inspiration from Raymond Chandler's classic noir novel as well as the commercial pop radio Thomas listened to while writing its songs. ~ Jason Ankeny & Heather Phares, Rovi 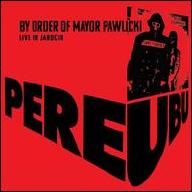 By Order of Mayor Pawlicki: Live in Jarocin
2020 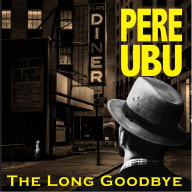 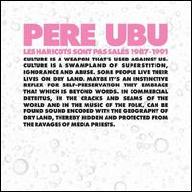 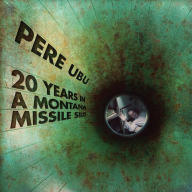 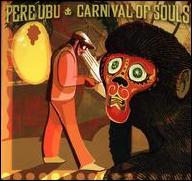 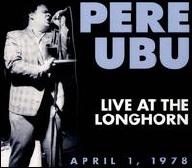 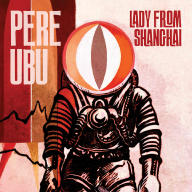 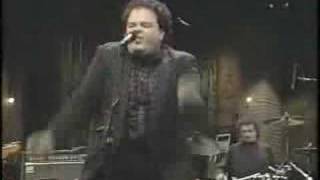 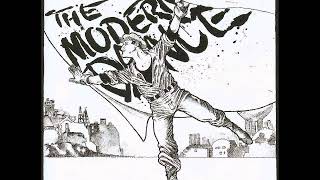 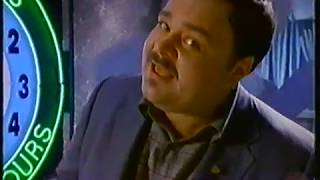 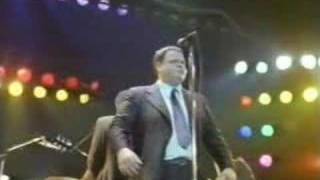 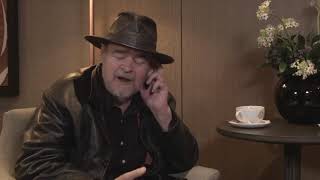 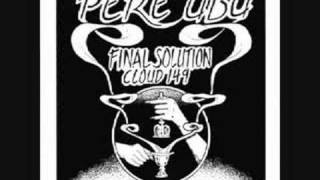 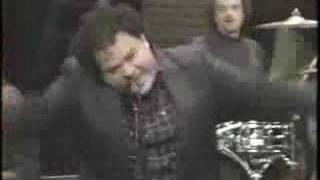