Close
Howard Biggs
Biography
He is one of the few artists who could claim to have a big name even before he made it big. Howard Biggs is primarily known for his involvement with doo wop and other styles of vocal harmony groups in the early days of rock roll. Like nearly all the musicians involved in the doo wop genre, Biggs was also active in many other styles of music. As a pianist he led his own bands as well as working with jazz vocalists such as Dinah Washington, and his skill as an arranger contributed to every musical situation he was in. The best known Biggs arrangement would be the massive hit Get a Job,

recorded by the Silhouettes in 1957 and a number one hit when finally released the following year. His credits as a songwriter threaten to overwhelm the rest of the discography simply on the basis of some of the music legends who show up there. When both the Beatles and Elvis Presley have recorded a tune, the assumption might be that the songwriter is giant, not just Biggs. The majority of his writing credits actually originate with a pair of songs, I'm Gonna Sit Right Down and Cry and Got You on My Mind, both co-written with bluesman Joe Thomas. The former number is the one the big shots have recorded, while the latter became a blues standard, not doing badly for cover versions either. Willie Dixon and Big Joe Turner are among the top-flight bluesmen who are ready to admit they've Got You on My Mind, while Eric Clapton made an elaborate production out of the song with backup help from the Impressions vocal group.

Biggs was both playing piano and doing some arranging for the Luis Russell orchestra in the late '40s. The following decade is the one in which Biggs literally pitched a tent in the New York recording studios, sometimes acting as an A&R man, arranger, and pianist for the same session. His chronology of vocal group associations reads in part like the diary of a zoo keeper with attention deficit disorder. For example, a significant career move occurred when the pianist and arranger left the Ravens and went to the Beavers. Outside the animal kingdom there were also associations with the Syncopators, the Five Keys, the Glowtones, and the Coasters. Doo wop, while heavily influenced by rhythm blues harmonically, was also a style in which producers and arrangers felt the urge to experiment, and encouraged further along these lines by the success of other experiments. Biggs never approached the rococo creations of Phil Spector, but a case can certainly be made that Get a Job is one of the best doo wop records ever, its vocal chorus of "sha na na" inspiring the doo wop revival band of the same name in the '60s.

During his years of involvement with vocal groups, Biggs went through intense developments as an arranger. In the early '50s, he was the type of pianist and arranger that could organize singers that were unable to read music or lacked standard skills; by the time he was working for Savoy in 1959, Biggs was writing parts for string quartets. He frequently led the Howard Biggs Orchestra behind vocalists on recordings, including wonderful 1952 sessions with Johnny Hartman. Jazz fans reserve the right to forget the entire doo wop genre and head straight for these, or even better, the sublime vocalist Little Jimmy Scott's mid-'50s sides which include Biggs playing in a rhythm section with Charles Mingus on bass and Mundell Lowe on guitar. Other examples of Biggs' songwriting include the mistake-prone I'd Rather Be Wrong Than Blue, once again co-written with Thomas, and the deeply felt If I Could Have Your Love Again, written in collaboration with soul singer Brook Benton. ~ Eugene Chadbourne, Rovi 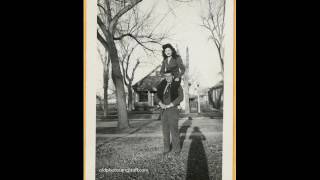 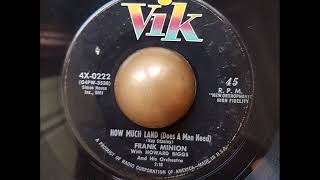 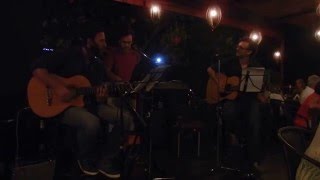 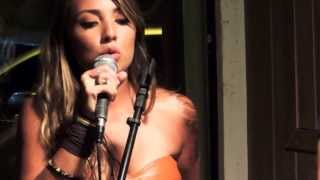 Agatha Lobo (Got You On My Mind) Joe Thomas & Howard Biggs 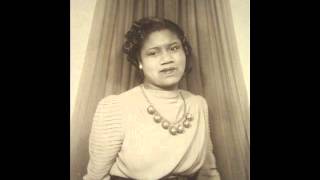 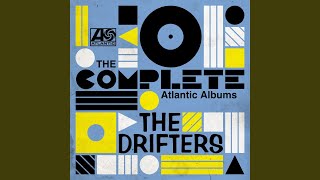 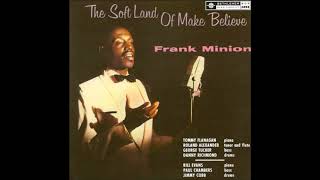 Frank minion with howard biggs & his orchestra how much land does a man need
Available here: