Close
Jarvis Cocker
from Sheffield, England
September 19, 1963 (age 58)
Biography
Misfits have often been part of rock & roll, but of the many outsiders, few have been as clear-eyed, passionate, and savagely witty as Jarvis Cocker, a bookish, sex-obsessed English eccentric who became not just a star but a pop archetype as the leader of Pulp in the 1990s. It's been impossible to separate Jarvis Cocker's story from Pulp's -- he was not only the founder, he was the creative force and the only constant member during the group's long history. Winding down Pulp not long after the group's 2002 album We Love Life was not so much the breakup of a band as it was the closing of a chapter in Cocker's life -- he moved from the U.K. to settle in Paris with his new wife and child. After a few quiet years he began recording again, first as a member of the barbed electro-pop duo Relaxed Muscle and then as a solo artist, releasing his debut solo album, Jarvis, at the end of 2006. The gnarled, dissatisfied harder rock of Further Complications followed in 2009, and Chansons d'Ennui Tip-Top, a tie-in to the 2021 Wes Anderson film The French Dispatch, offered stylized covers of cinematic French pop classics.

At the time of the release of his solo debut, Cocker had been pursuing a music career for nearly 30 years. At the age of 15 in 1978, he formed Arabacus Pulp, dropping the "Arabacus" before they went public -- and they went public in a big way, having their first Peel Session in November 1981 before they'd even released an album. It was an auspicious beginning, but Pulp then settled in for a decade of struggle. They released the bedsit indie pop It to little attention in 1984, then they morphed into murky goth rock a year later, signing to the British indie Fire in 1985, with Freaks following in 1986. Two years later, Cocker, along with Pulp bassist Steve Mackey, left his hometown of Sheffield to attend university at St. Martin's College in London. Pulp were still an active, if irregular, proposition and they had once again shifted sound, incorporating elements of the burgeoning rave and acid house movements for their next album, Separations, recorded in 1989 but not released until 1991, when the single "My Legendary Girlfriend" began attracting attention, including being awarded Single of the Week by NME.

My Legendary Girlfriend kicked off the classic years of Pulp. They signed to Gift in 1992, where they soon hit upon their signature sleek, sexy sound, equal parts glam and post-punk. Babies proved to be their breakthrough into the big leagues, leading to a contract with Island Records, which released the band's major-label debut, His 'n' Hers, in the spring of 1994. The album did well, garnering good reviews and earning a Mercury Award nomination, but they truly entered the big leagues in 1995, as the bracing "Common People" single became a smash hit -- the kind of hit that defined an era. Its accompanying album, Different Class, was equally successful, entering the charts at number one and going gold within its first week of release. Pulp were now stars -- or, perhaps more accurately, Jarvis Cocker was now a genuine star, appearing on magazine covers constantly, popping up on television, even earning the honor of being parodied by TV comedians throughout 1995.

All these heady times culminated at the 1996 Brit Awards when he interrupted Michael Jackson's performance of "Earth Song" and was later arrested for his stunt. This prank only cemented Cocker's position as a British pop hero, but his status soon weighed heavily on his shoulders, as evidenced by the band's gloomy 1998 follow-up to Different Class, This Is Hardcore, an ambitious, arty album that slowed Pulp's commercial momentum. The hits might not have been arriving as quickly as they once did, but Cocker continued to work and not just in Pulp: he sang with Barry Adamson, wrote with the All Seeing I, and directed various music videos. One more Pulp album -- the elegiac Scott Walker-produced We Love Life -- followed before the band quietly became inactive.

Cocker moved to Paris with his new wife, Camille Bidault-Waddington, and they soon started a family. After a few quiet years, he and ex-Fat Trucker Jason Buckle, augmented by former Pulp touring guitarist Richard Hawley, embarked on the electro-pop project Relaxed Muscle, releasing one album -- A Heavy Nite With -- in 2003. It was a low-key project and Cocker continued to do low-key work, collaborating with pop queens Nancy Sinatra and Marianne Faithfull, and working with the Lovers in 2005. Later that year, he began to re-emerge in a more public fashion, notably as the leader of the Weird Sisters, the supergroup assembled for a Hogwarts school dance sequence in Harry Potter and the Goblet of Fire; it also featured Pulp's Steve Mackey and Jonny Greenwood and Phil Selway from Radiohead.

But 2006 was the real kickoff of Cocker's solo career, as he and Mackey put together an edition of the various-artists' series The Trip, released the single "Running the World" on the Internet that summer, and then released his solo debut, Jarvis, at the end of the year. The next three years found Cocker's trajectory steadily climbing. Collaborations with others in 2008 (Marianne Faithfull's album Easy Come Easy Go and a Heaven 17 cover duet with Beth Ditto) as well as some guitar playing on David Byrne and Brian Eno's Everything That Happens Will Happen Today set the stage for the release of his second solo effort, Further Complications, in May of 2009.

Following Further Complications, Cocker eased away from the spotlight. He published a book of lyrics in 2011 called Mother, Brother, Lover: Selected Lyrics, took production gigs, and made cameo appearances on albums, and in 2014 he became an Editor-at-Large for Faber & Faber. Cocker didn't release another album until 2017, when he paired with Chilly Gonzales for Room 29, a wry ode to Hollywood's Chateau Marmont. He formed the acclaimed, improvisational Jarv Is project that same year, with a lineup that included harpist and songwriter Serafina Steer and the James Taylor Quartet bassist, Andrew McKinney. Their debut album, Beyond the Pale, appeared in September 2020. In late 2021, Cocker issued Chansons d'Ennui Tip-Top to accompany Wes Anderson's film The French Dispatch. It featured covers of material originally performed by the likes of Serge Gainsbourg and Jacques Dutronc, as well as a duet with Stereolab's Laetitia Sadier. ~ Stephen Thomas Erlewine, Rovi 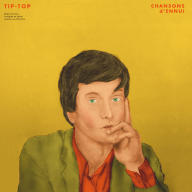 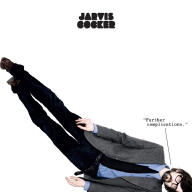 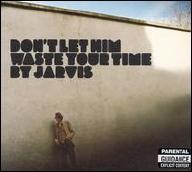 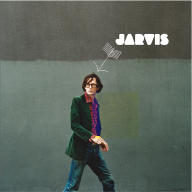 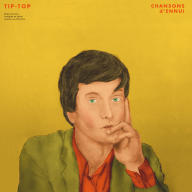 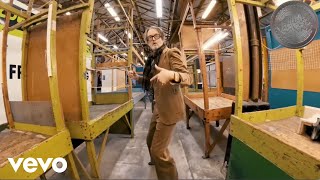 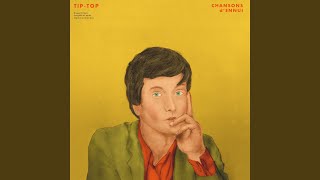 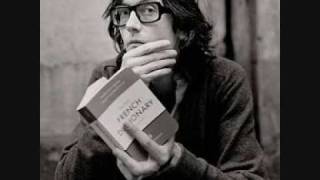 I Never Said I Was Deep - Jarvis Cocker 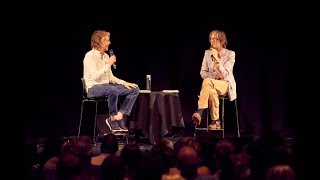 Paul McCartney in Casual Conversation with Jarvis Cocker at LIPA 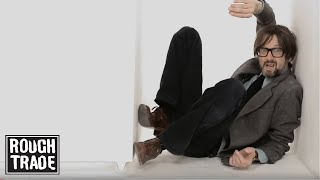 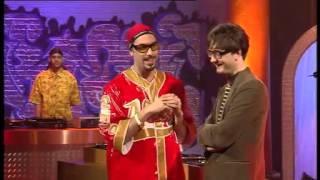 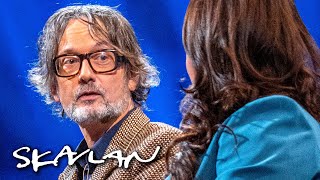