Close
Alan McGee
from Glasgow, Scotland
September 29, 1960 (age 61)
Biography
Few other record label owner/producers had more impact on British music during the late '80s and '90s than Alan McGee. Inspired by the anti-authoritarian, D.I.Y., and brash attitude of punk, McGee helped turn Creation Records into the home for a litany of key names in British alternative rock during this era. As Creation's owner, his ability to pull success out of the jaws of failure (and sometimes failure out of the jaws of success), and in the meantime produce an inimitable body of records, are indeed legendary.

Born in Glasgow, Scotland, in 1961, McGee worked as a railroad clerk while in his late teens. He was heavily influenced by the exploding U.K. punk and post-punk scene of the late '70s, as well as by late-'60s psychedelic rock. After forming a band called the Laughing Apple (which included future Primal Scream guitarist Andrew Innes) and publishing a fanzine, in 1983 McGee and cohort Dirk Green founded a club in London called the Living Room. This brought him in touch with a variety of like-minded and motivated people at a time when the music industry was dominated by the limp sounds of new wave and new romantic. Buoyed by the success of their club, McGee and Dirk Green, along with Joe Foster (a member of Television Personalities, a Living Room favorite), decided to start a record label. Named after the '60s mod rock outfit, Creation Records' first release was by the Legend! It was a 7" so bad that McGee reportedly hid most of the records underneath his bed, eventually melting them down after a dispute with the band.

Things did improve, however, with a string of 7" singles -- all hand-assembled by future-Primal Scream frontman Bobby Gillespie -- by many of the bands frequenting the Living Room such as the Pastels, the Jasmine Minks, the Loft, and McGee and Green's own Biff Bang Pow! After a recommendation from Gillespie (who would go on to briefly join the band on drums), McGee signed an act called the Jesus Mary Chain to his fledgling imprint. Due to their quite timely sound and some major championing from the star-making NME, the Mary Chain's Upside Down was Creation's first outright hit single, spending seven weeks atop the U.K. indie charts. Although the band eventually signed to the major subsidiary Blanco y Negro, McGee was able to reinvest the profits from Upside Down (and, as their manager, a percentage of their signing fee) into Creation. This allowed the label to expand and stay afloat, releasing albums in the mid-'80s by such acts as Felt and Momus.

Creation had another hit on its hands with the House of Love's debut album and preceding singles, although they too signed to a major with McGee again collecting a percentage of the signing fee for acting as their manager. Alan McGee has stated that his greatest talent as a label owner was in conniving money to keep his projects afloat, as witnessed by a very brief deal with Warner Bros. in 1987. Meanwhile, during the late '80s, McGee and his crew took full part in the ecstasy/partying craze in the U.K. associated with the Madchester scene. Hand-to-mouth excess and drug use began to overtake Creation, although as the '90s began, this could also be said to have resulted in the label's real artistic (and eventual commercial) breakthrough.

Beginning with My Bloody Valentine's debut singles and LP (Isn't Anything); the emergence of important shoegazer bands like Ride, Swervedriver, and Slowdive; and Primal Scream's Loaded (the label's first U.K. Top 20 single), McGee's Creation entered the '90s as the preeminent U.K. independent label. Meanwhile, under the helm of the mercurial Kevin Shields, My Bloody Valentine labored to complete their second full-length, famously spending 500,000 pounds and almost sinking Creation outright. When it finally appeared, however, Loveless was immediately heralded as a masterwork and stands as one of the greatest albums of the 1990s (McGee has often stated it is the record he is most proud to have produced). Primal Scream's Screamadelica preceded it by only a month and was as an equally masterful statement.

Thanks in large part to the drain of Loveless and other equally shambolic business practices, the pressures of running an artistically successful but financially troubled label resulted in yet more self-medication for its owner. Eventually, McGee took the seemingly drastic step of selling a 49 percent share of Creation to Sony (in exchange for the sum of 3.5 million pounds). Despite the infusion of cash and the signing of bands like Sugar, the Boo Radleys, Teenage Fanclub, and others, McGee's label was still loosing money.

That changed when a band from Manchester fronted by a pair of brothers forced their way on-stage at a gig in Glasgow attended by McGee. Impressed by their attitude, he signed Oasis on the spot, resulting in a partnership that would launch both the band and the label into previously unimaginable success. Thanks to the deal in place with Sony, which quickly moved to shape up the anything-goes business style of the Creation offices, Oasis released a series of singles and a debut album that were met with pandemonium across the globe.

Alan McGee, meanwhile, suffered a complete nervous breakdown in early 1994 due to the years of high stress and out-of-control drug use. After spending the next two years in rehab and therapy, and eventually settling down enough to get married, McGee entered 1996 clean and fully recovered. With Oasis' triumphant sold-out shows at Knebworth, the creative vision of Creation had reached an apex. Despite even more successful records by Oasis and new acts like the Super Furry Animals, by the late '90s, McGee began to feel detached from the very label he had founded, which was by then almost completely manned by Sony personnel. Perhaps due to the free time on his hands, he did some campaign work for Tony Blair and the U.K. Labour Party.

As the new century began, McGee surprised both the public and his acts by announcing that Creation Records would be folding. (McGee went on to assemble a two-disc/three-LP retrospective album which appeared in late 2000.) Within months, he announced the formation of a new label, Poptones Records, which would be smaller and more focused on direct sales over lavish advertising and promotional budgets. After an initial public offering that raised millions of pounds, the label struggled a bit, with McGee eventually (and perhaps typically) signing a distribution/promotion deal with the U.K.-based Telstar Music Group in early 2002. With a large roster and a vision more closely attuned to Creation's pre-Sony days (including some highly successful Poptones-sponsored club nights in the U.K. and abroad), McGee continues to have an impact on independent music like perhaps no other. ~ Aaron Warshaw, Rovi 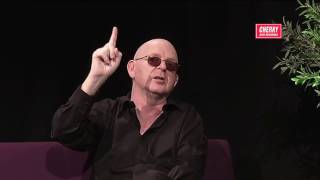 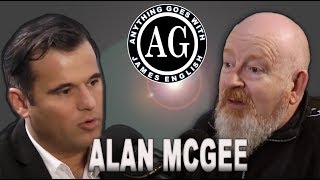 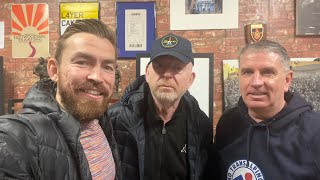 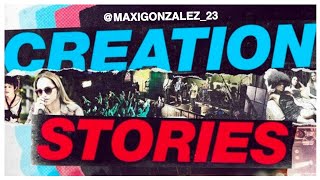 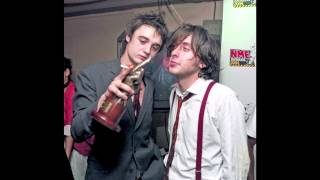 Alan McGee on his explosive memoir 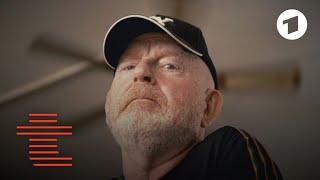 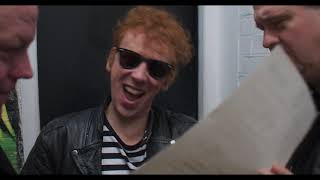