Close
Stuart Sutcliffe
from Edinburgh, Scotland
June 23, 1940 - April 10, 1962 (age 21)
Biography
From about early 1960 to mid-1961, Stuart Sutcliffe was the bass player in the Beatles, leaving the group before they even made their first recordings as Tony Sheridan's backing band. Sutcliffe never recorded in a studio with the Beatles (although he is probably on a lengthy bootleg tape of rehearsals from around 1960), and all of the evidence, from recollections of other Beatles and others who saw them in the early '60s, indicates that his musical talents were marginal at best. He was considered a brilliant and promising young artist, but died of a cerebral hemorrhage at the age of 22, not even surviving to see the Beatles make the charts for the first time in late 1962. However, Sutcliffe did leave an imprint on the band in his sense of visual style and artistic sensibilities, particularly in his combed-down hairstyle, which he was the first member to adopt.

Sutcliffe became close friends with John Lennon when the pair were attending Liverpool Art College in the late '50s. It was an odd match, as Sutcliffe was considered one of the college's best students and Lennon one of its worst, but they had a lot of mutual intellectual and aesthetic adventurousness. Sutcliffe unexpectedly won a prize for 65 pounds when one of his paintings sold after being shown at an exhibition, and decided to buy an electric bass guitar with the money in January 1960. This was so he could join Lennon's group, known as the Quarry Men, but soon to change their name to the Silver Beatles and, finally, the Beatles.

Sutcliffe was far behind the other Beatles musically, and never did come close to catching up. Such was his lack of proficiency on bass that he would play with his back to the audience (as seen in a frequently published photo of a May 1960 audition). Still, as he was John's friend, his place in the band was guaranteed for the time being, and he accompanied them on their first (brief) tour, as a backing group for singer Johnny Gentle in Scotland in mid-1960. Joined by drummer Pete Best, the Beatles went to Hamburg in August 1960, and Sutcliffe was with them for the next few months as they gained experience in the German city's clubs. Accounts vary as to just how good (or bad) Stuart became on bass. There is a primitive rehearsal tape from (probably) around 1960 that has been bootlegged, but the recording is so technically lo-fi that it's even difficult to hear a bass, let alone determine the virtuosity of the player; a few songs from that tape were officially issued on the Beatles' Anthology 1. The consensus seems to be that he never became good, or even attained a basic professional standard, on the instrument.

He did very occasionally sing on-stage. But according to the thorough listing of songs the Beatles performed live in Mark Lewisohn's -The Complete Beatles Chronicle, there are just two tunes -- the Elvis Presley ballads Love Me Tender and Loving You -- that Sutcliffe is known to have sung lead on. It came to light in the Sutcliffe biography -Backbeat: Stuart Sutcliffe: The Lost Beatle that Stuart did actually write some songs, though none seem to have been seriously performed (let alone recorded) by the Beatles. It has sometimes been written that Sutcliffe and Paul McCartney did not get along, perhaps partially due to McCartney's frustrations with Sutcliffe's musical limitations. They did have a fight on-stage once (though this apparently didn't have anything to do with music).

While in Hamburg, Sutcliffe met and fell in love with fellow artist Astrid Kirchherr. Kirchherr was the first photographer to take pictures of the Beatles that caught their charisma on film, and also influenced Sutcliffe to change from his James Dean-type hairstyle to a bangs-forward one that had been adopted by some European students. This was the origination of the Beatles' hairstyle, and although it was initially ridiculed by some of the other guys in the band, all of them (except Pete Best) eventually took on the haircut too.

Sutcliffe drifted out of the Beatles somewhat earlier than has often been reported. When the Beatles returned to Liverpool from Hamburg in December 1960, Sutcliffe stayed behind in Hamburg, both to be with Kirchherr and to check out the possibility of continuing his art studies at college in Germany. He did come back to Liverpool in early 1961 and played some shows with the Beatles, who were now starting to become a very popular local group. But his heart was now more in other pursuits, and he was for most purposes out of the band when the Beatles came back to Hamburg for another extended stay in April 1961. Paul McCartney assumed the role of Beatles bass player from approximately this point onward. Stuart did sit in with them from time to time, and remained on friendly terms with them, especially Lennon. He did not, according to Lewisohn's -The Complete Beatles Chronicle, play on their recording sessions as Tony Sheridan's backup unit in June 1961, although he attended as an observer.

In 1961 Sutcliffe, now engaged to Kirchherr, was studying painting and sculpture under artist Eduardo Paolozzi at Hamburg's State School of Art. As the year progressed he grew seriously ill with a disease that could not be diagnosed, painful headaches being the most alarming symptom. His attacks grew grave by the spring of 1962, and he died after a final collapse on April 10, 1962. The Beatles, by unfortunate coincidence, arrived in Hamburg on April 11 (except George Harrison, who came a day later) to begin an extended engagement at the Star-Club. They did not learn of Sutcliffe's death until they were met at the airport by Astrid Kirchherr.

Sutcliffe's influence was not forgotten by the Beatles, particularly Lennon, of course. A few years later he said, "I look up to Stuart Sutcliffe -- I depended on him to tell me the truth, the way I do with Paul today. Stu would tell me if something was good and I'd believe him." Sutcliffe is one of the many faces pictured on the -Sgt. Pepper's album cover.

For someone often described as an artist with enormous potential, Sutcliffe's paintings are surprisingly difficult to view, even as reproductions. Many of them are reproduced in the limited-edition fine art biography -Stuart, issued by Genesis Publications in 1996, although the cost of 250 pounds or so makes it prohibitive even for most Beatlemaniacs. There is also a conventional full-length biography of Sutcliffe, -Backbeat: Stuart Sutcliffe: The Lost Beatle, by Alan Clayson and Pauline Sutcliffe (Sutcliffe's younger sister). Sutcliffe's experiences in the early Beatles formed a large part of the movie #Backbeat, which took a lot of liberalizations with the facts in its treatment of Sutcliffe and the other Beatles. ~ Richie Unterberger, Rovi 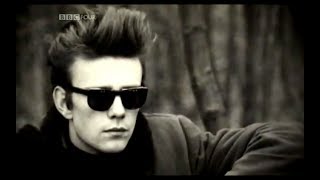 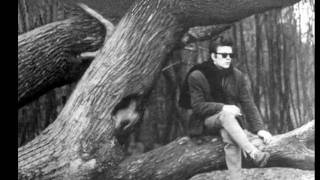 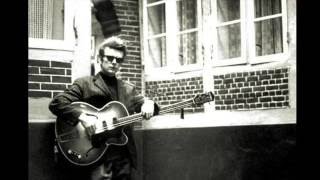 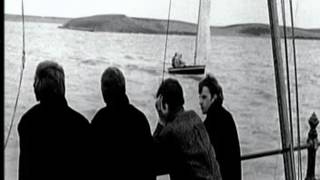 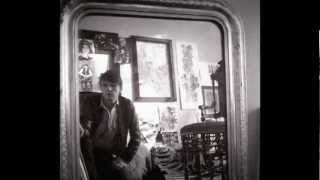 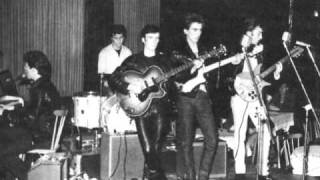 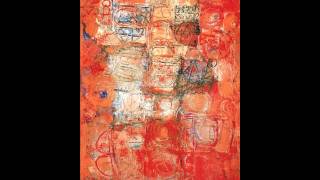