Close
Paul Bley
from Montreal, Quebec, Canada
November 10, 1932 - January 3, 2016 (age 83)
Biography
Pianist Paul Bley took the styles and techniques associated with Oscar Peterson, Wynton Kelly, and Bill Evans to new levels of creative experimentation, becoming an indispensable force in modern music by combining the best elements in bop and early modern jazz with extended free improvisation and procedural dynamics often found in 20th-century chamber music. This approach places him in league with such diverse artists as Red Garland, Mal Waldron, Jaki Byard, Andrew Hill, Sun Ra, and Marilyn Crispell. Even a cursory overview of Bley's life and work can be pleasantly overwhelming, for he is among the most heavily recorded of all jazz pianists and his story is inextricably intertwined with the evolution of modern jazz during the second half of the 20th century. His three dates with Jimmy Giuffre's trio, most notably 1961's Free Fall, were landmark studies in vanguard modalism. With Barrage from 1965 and Mr. Joy from 1968, the pianist became familiar to many American jazz fans. In the early '70s, Bley issued the piano solo offering Open, To Love -- it remains his most prophetic and lyrical solo offering, laying out the juxtapositions for pointillism and space that would mark his career. He also resumed working with Giuffre during the late part of the decade and into the early '80s. Bley was prolific in the 1990s as a leader and as a collaborator. He took part in several historic dates, including Annette with Franz Koglmann and Gary Peacock, Memoirs with Charlie Haden and Motian, a pair of ECM trio dates with Barre Phillips and Evan Parker (Time Will Tell and Sankt Gerold Variations), and Not Two, Not One with Peacock and Motian. Bley began the 21st century as active as he had left the 20th, working as a collaborator with Kenny Millions, Mario Pavone, and a young Jakob Bro. The final two recordings credited to Bley as a leader were solo offerings: the studio album About Time, in 2007, and Play Blue (Oslo Concert), recorded in 2008 but unissued until 2014.

Hyman Paul Bley was born in Montreal, Canada, on November 10, 1932. A violin prodigy at five, he began playing piano at eight and studied at the McGill Conservatorium, earning his diploma at age 11. Before long, Hy Buzzy Bley was sitting in with jazz bands and had formed his own group. Already a skilled pianist, he landed a steady gig at the Alberta Lounge soon after Oscar Peterson left to begin working for Norman Granz in 1949. The following year, Bley continued his musical education at the Juilliard School in New York while gigging in the clubs with trumpeter Roy Eldridge, trombonist Bill Harris, and saxophonists Ben Webster, Sonny Rollins, and Charlie Parker. While enrolled at Juilliard, he played in a group with trumpeter Donald Byrd, saxophonist Jackie McLean, bassist Doug Watkins, and drummer Art Taylor. He also hung out at Lennie Tristano's residential studio, absorbing ideas. During the 1980s, Bley was restless: he recorded for acclaimed dates for Soul Note, SteepleChase (including a duo-led set with Chet Baker entitled Diane), ECM, and Owl.

The 1990s marked Bley's most prolific period as a recording artist. He toured constantly, recorded often, and took part in several historic recordings including Annette, with Franz Koglmann and Peacock, and Time Will Tell, with Barre Phillips and Evan Parker. The latter grouping toured extensively and in 2000 issued Sankt Gerold Variations on ECM. While he didn't issue nearly as much (comparatively, at least) under his own name for the remainder of his life, Bley was an active collaborator and sideman, working with everyone from Mario Pavone and Andreas Willers to Benjamin Koppel and Jakob Bro, while his discography as both leader and sideman saw many titles reissued.

Paul Bley's earliest known recordings survive as soundtracks from Canadian television; the first was in 1950 with tenor saxophonist Brew Moore and the second in February 1953 with Charlie Parker, special invited guest of the Montreal Jazz Workshop, an artist-run organization Bley helped to establish. His first studio recording date took place in November 1953 with bassist Charles Mingus and drummer Art Blakey. The young pianist's constant interaction with archetypal and influential musicians was phenomenal; he also sat in with trumpeter Chet Baker and saxophonist Lester Young. In 1954 he led three different recording sessions with bassists Peter Ind and Percy Heath, and drummer Alan Levitt. At this stage of his career, Paul Bley was an inspired, extremely adept bop pianist whose first decisively innovative period was just about to commence.

The plot thickened when Bley moved to California in 1957 and began holding down a steady engagement at the Hillcrest Club in Los Angeles, where he was recorded in 1958 with saxophonist Ornette Coleman, trumpeter Don Cherry, bassist Charlie Haden, and drummer Billy Higgins. He also performed with Canadian trumpeter Herb Spanier and recorded an album with vibraphonist Dave Pike, featuring liner notes and one composition by Karen Borg, a brilliant musician who married the pianist in 1957 and changed her name to Carla Bley. In 1959, the Bleys moved to New York City, where they continued to interact with musicians who were operating on the cutting edge of modern jazz, including multi-instrumentalist Roland Kirk, saxophonist and composer Oliver Nelson; composer and bandleader George Russell; composer, bassist, and bandleader Charles Mingus; trumpeter and bandleader Don Ellis; bassists Gary Peacock and Steve Swallow; drummer Pete La Roca; and multi-reedman Jimmy Giuffre. In 1961, Paul Bley made his first visit to Europe.

Barrage featured a quintet with bassist Eddie Gomez, drummer Milford Graves, and two musicians who, like Gilmore, were closely affiliated with Sun Ra: trumpeter Dewey Johnson and altoist Marshall Allen. All of the pieces were composed by Carla Bley. Recorded in 1965 and released as Closer, the first of many albums involving drummer Barry Altschul featured works by Carla Bley, Ornette Coleman, and Gary Peacock's wife, Annette Peacock. Several trio projects materialized in Scandinavia during the years 1965-1966; from this point on, Bley would spend increasing amounts of time performing and recording in Europe.

Soon after he was divorced from Carla Bley in 1967, Paul Bley married composer and vocalist Annette Peacock. As was the case with Carla, the influence of this woman upon Paul Bley was profound and lasting, as he combined his own continuously evolving improvisational methodology with her intriguing tonal formations. She sometimes sang with Bley's groups as he began to experiment with electronic instrumentation including ARP and Moog synthesizers. Recorded in December 1970 and January 1971, an album called the Paul Bley Synthesizer Show spotlighted the futuristic instrument backed by multiple players including drummers Bobby Moses and Han Bennink. In 1972, the Bley/Annette Peacock partnership was dissolved.

During the first decade of the 21st century, Bley recorded with saxophonists Keshavan Maslak, François Carrier, and Yuri Honing; guitarist Andreas Willers; bassist Mario Pavone; and vocalist Jeannette Lambert. He also released several solo albums, including 2004's Nothing to Declare, 2008's About Time, and 2014's Play Blue: Oslo Concert, which documented his 2008 performance at the Oslo Jazz Festival. Bley was also named a member of the Order of Canada in 2008, in honor of his contributions to jazz.

Bley died of natural causes on January 3, 2016, at his Florida home. He was 83 years old. In 2019, ECM issued the archival When Will the Blues Leave, a trio concert with Peacock and Motian captured in Switzerland in 1999. ~ arwulf arwulf, Rovi 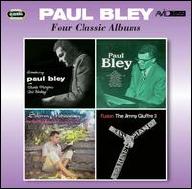 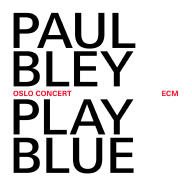 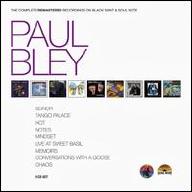 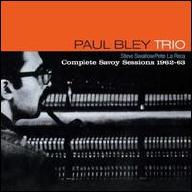 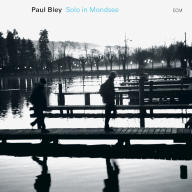 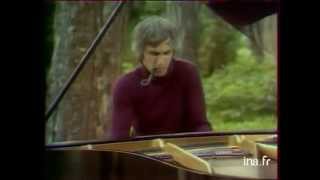 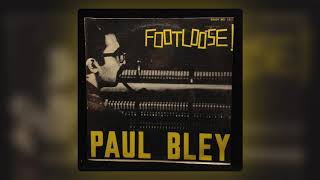 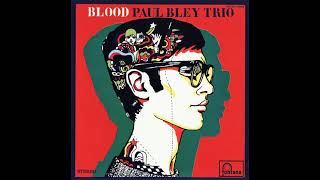 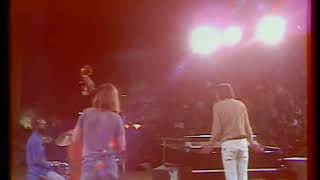 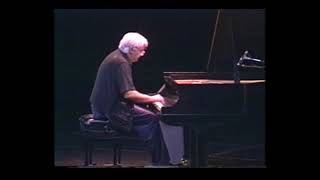 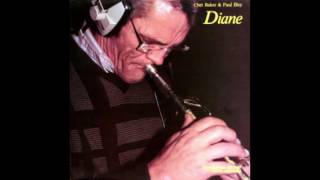 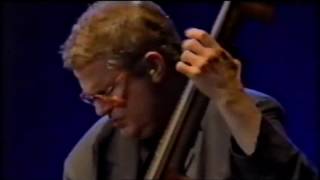