Close
Ron Elliott
from Healdsburg, CA
October 21, 1943 (age 77)
Biography
Ron Elliott is best-known as one of the co-founders of the Beau Brummels, the San Francisco-based quintet (later a quartet) whose brand of folk-influenced soft rock proved the first significant American musical development in response to the British Invasion -- Beau Brummels resides awfully close to the Beatles in the record bin. Rather ironically, rock & roll stardom was never something that interested him, nor -- due to chronic health problems -- was the life of a rock & roll musician something he courted, much less enjoyed. Born in California, and raised in North Beach, he attended St. Peter & Paul's School, where one of his friends a couple of grades ahead of him was Sal Valentino.

Elliott's parents were both musical if not professional musicians -- his father played the drums and his mother the accordion, and they'd even had a band for a few years after he was born. Elliott was a natural performer as a boy, and turned to music at around age 10. He was involved with his school's arts programs, especially their scaled-down student productions of Broadway shows, and it was through such performances and the exposure he received to the work of George Gershwin and Jerome Kern, that he began learning about popular music. His father's love of country music, including Lefty Frizzell, also rubbed off on Elliott as boy; Valentino, by contrast, was more seriously involved in rock & roll, leading a band of his own in his teens. Elliott's childhood was complicated by his development of juvenile diabetes, which had near-catastrophic consequences when he was 12 years old -- the condition was brought under control, but the need for careful monitoring didn't mesh well with the requirements of his later career as a rock & roll musician, which wasn't anything he'd planned on.

Elliott entered his teens with a surprising degree of musical sophistication -- somewhere between old-style country players and the giants of Tin Pan Alley, he was a bit contemptuous of a lot of rock & roll, which he found too primitive for his taste. One major exception he made was for the Everly Brothers, whose finely textured vocals and playing, and mix of country music with pop sensibilities, seemed to represent the place where Elliott stood musically better than any other rock & roll act. In an interview with Jud Cost for the Sundazed Records box San Fran Sessions, Elliott admitted that as a teenager he would probably have liked to have come to New York and study at someplace like Juilliard or what was then known as the High School of Music and Art (now the School of the Performing Arts, of #Fame renown), and partake of the Broadway theater of the era.

Instead, he stayed in northern California and attended St. Ignatius High School and began writing music on his own. He realized while still in his teens that he was a lot less comfortable with and capable of writing lyrics than he was music, and acquired a collaborator in the guise of classmate and fellow theater enthusiast Bob Durand. Elliott subsequently became a music major at San Francisco State College, focusing on composition. He did perform a little bit, including work as part of a trio with a drummer and saxman, at an Irish dance hall called Richmond Hall, but that was mostly to earn a little money and keep his hand in performing -- by his own admission, Elliott never considered himself a very strong guitarist.

Elliott's big year was 1964, ironically enough a point in time where American rock & roll had, for the first time, been eclipsed by an overseas-spawned rival. He felt that he'd achieved some level of professionalism and proficiency as a composer, but still -- apart from the occasional campus performances of his work -- had no means of getting any of his music played. Additionally, he was increasingly at odds with where rock & roll seemed to be going -- in the spring of that year, he chanced one day to hear the first verse of a new record by the Four Seasons (possibly Ronnie or Silence Is Golden), switched it off, and wrote Laugh, Laugh. It was a few weeks later that Sal Valentino called him up -- the two had remained friends across the years and Valentino had a problem, as a singer who had a gig but no band to back him up. The two agreed to try and put a band together, and the Beau Brummels were the result, assembled from the ranks of friends from their old neighborhood, drummer John Petersen, guitarist/bassist Ron Meagher, and singer/bassist Dec Mulligan. The group began playing locally in the area around San Francisco, and in the fall of 1964 were spotted by disc jockey Tom Donahue at a gig at a club in San Mateo. He signed them up with Autumn Records in short order.

Elliott had already written Laugh, Laugh in collaboration with Durand when the Beau Brummels were founded, but it wasn't among the very first songs cut by the band when they were signed by Autumn Records in the fall of 1964. Rather, the group did a handful of other Elliott-authored songs, getting to Laugh Laugh in November of that year. Their subsequent success with that song masked a rift within the group -- Elliott had initially been happy to be part of the Beau Brummels because they were a vehicle for getting his songs performed and recorded, which was something he didn't get from his formal studies in college, but he soon realized that he couldn't get the other members to accept his more advanced and complex songs; they would complain if there were too many chords, and even Laugh Laugh was an issue at first.

Once it became a Top 20 hit, and they followed it up with Just a Little (which reached the Top Ten), the bandmembers found themselves on a schedule of near-constant touring and personal appearances through most of 1965 and a chunk of 1966, which quickly became very debilitating for Elliott, as well as demoralizing. He'd signed on to help out an old friend to play some gigs locally and maybe get his songs played, but the paired hits suddenly meant they were playing all over the country, doing multiple shows at each locale and doing hops of several hundred miles between shows, by plane if they were lucky; and they were under so much pressure to release new product, that even the songs that he could get the band to play were barely worked on before being rushed into the marketplace.

Elliott was especially frustrated when the group's second album was released in what he regarded as partly finished form, without a coherent sound or with any of its songs (apart from the three earlier single sides) in an optimum state of development -- though heard 40 years later, it sounds like a masterpiece and a killer showcase for Elliott's lyrical, downbeat but haunting observations on love and life, which made him almost a precursor to Doug Hopkins' work with the Gin Blossoms nearly 30 years later. Worse yet, on a couple of occasions -- once just ahead of an appearance on #The Mike Douglas Show -- he suffered seizures from his diabetic condition (which was much harder to monitor on the road in the '60s) that left him unable to perform. The constant touring wore them all down, and the acquisition of the Autumn label by Warner Bros. led to an embarrassing third album, Beau Brummels '66, consisting of covers of other artists' hit songs, which was was especially galling to Elliott, as the band's principal composer, and he was further distressed to find out the reason behind it: Donahue had sold Autumn Records to Warner Bros., but had sold his publishing company, to which Elliott was under contract, to another party; thus, Warner Bros. felt no compulsion to record Elliott's songs, rather than those on which they owned the publishing; that is, until Beau Brummels '66, loaded with Warner Bros.-owned songs (all performed in a lethally stiff, dull manner) stiffed royally, and wiser heads began to prevail.

Elliott relocated to Los Angeles, hoping that by being closer to where their new label was located he might get more control over the music and generate more musical activity for himself. The other members continued living in the Bay area, and 340 miles between them finally provided Elliott with an iron-clad reason to give up being a performing member of the Beau Brummels; instead, much as Glen Campbell and then Bruce Johnston filled Brian Wilson's spot in the touring version of the Beach Boys from 1964 on, so Don Irving became Elliott's stand-in on guitar in the performing version of the Beau Brummels who, by then, were down to a quartet with the departure of Dec Mulligan (who was either fired or quit -- depends whom you ask). By 1967, the Beau Brummels had ceased to exist as a band -- John Petersen jumped to the Warner Bros. group Harpers Bizarre. Elliott, Valentino, and Meagher were given the freedom in the studio, however, to do a real album, made up of songs written, chosen, and recorded for that purpose -- Elliott also finally got to break out of the formula-writing that Autumn had wanted, and generate, with Valentino co-writing, a classic album in Triangle. They followed this up a year later with the country-rock classic Bradley's Barn, by which time Ron Meagher was also gone, in response to a draft notice.

During this same period, Elliott got to work as an arranger on Roots, the most accomplished (and many fans would say just plain the best) album ever recorded by his longtime idols the Everly Brothers, who also recorded two of his songs on the album.

By 1969, Valentino had departed (to land in Stoneground), and Elliott was left as a solo performer. He still had a contract with Warner Bros., however, and a serious songwriting talent, and some serious musical ambitions. The result was The Candlestickmaker, a concept album of dazzling range, complexity, and beauty -- along with Neil Young's self-titled debut solo album and Van Dyke Parks's Song Cycle (on which Elliott played), it was one of the most daring artistic statements to come out of the Warner-Reprise orbit in the '60s. It might've been the soundtrack to a documentary film about the tumultuous times in which it was made, as the Candlestick Maker Suite a kind of dark-toned, was an ominous precursor to Don McLean's American Pie -- or, perhaps more aptly, the bridge between works such as Bob Dylan's Visions of Johanna and McLean's magnum opus.

Elliott never had any illusions about the album's sales potential (though it has since received rave reviews as a lost gem in the Warner Bros. library, and a CD reissue in 2003), and busied himself later that year producing Living in the Country by Levitt McClure (who'd played on his album), and in the years since he played and recorded with Randy Newman, Van Morrison, Little Feat, Dolly Parton, and produced such acts as Pan and DeWitt Scotty Scott, in addition to participating on new sides by the reunited Beau Brummels in the '70s. Although Elliott has remained in the business, and also participated with Valentino on occasional projects in the years since, he's never seen commercial success to match his early songs with the Beau Brummels. ~ Bruce Eder, Rovi 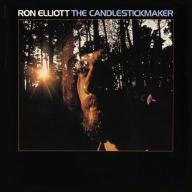 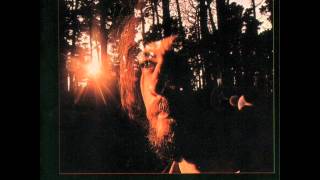 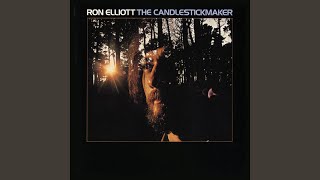 Molly in the Middle 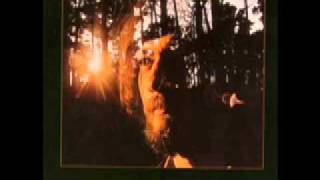 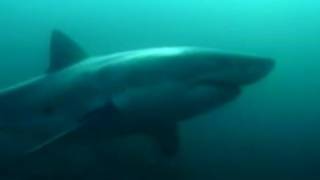 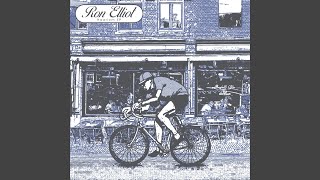 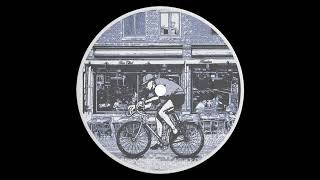