Close
Jon Brion
from Glen Ridge, NJ
December 11, 1963 (age 57)
Biography
Producer, all-purpose studio musician, arranger, songwriter, and film composer Jon Brion has been a high-profile yet behind-the-scenes fixture on the Los Angeles music scene since the mid-'90s. After playing in bands in home state of Connecticut, then Boston in the late '80s (including touring with Aimee Mann's group 'Til Tuesday), he became an in-demand session musician and producer on the West Coast. His extensive résumé includes acts such as Kanye West, Fiona Apple, Rufus Wainwright, David Byrne, and Elliott Smith. Following his Grammy-nominated work with Mann on the soundtrack for the 1999 drama Magnolia, Brion became a sought-after film composer. While continuing to rack up credits in the studio, he followed his lone solo album, 2000's Meaningless, with scores for films such as Eternal Sunshine of the Spotless Mind (2004), ParaNorman (2012), and Lady Bird (2017). Brion is also known for a long-running Friday night residency at L.A. club Largo, where his scores of guests since 1996 have included most of the above, Elvis Costello, T-Bone Burnett, and Gillian Welch.

Born in Glen Ridge, New Jersey and raised in Connecticut, Jon Brion grew up in a musical family: his father was director of the Yale concert and marching bands, his mother sang in jazz bands, and his siblings, Randy (a conductor/arranger) and Laurie (a violinist), were both avid music students. Young Jon didn't deal with school or formal instruction well, but his natural affinity for improvisation and melody more than made up for his impatience. Unwilling to conform to the conventional school system, Brion attended special education class at Hamden High School in New Haven, and the day he turned 17, he left school for good, eventually joining bands including the Excerpts and the Bats.

Upon moving to Boston in 1987, the young musician formed many bonds that he would keep long into his professional career, including producer Mike Denneen (owner of Q Division, Boston's premier studio and record label) and then-'Til Tuesday vocalist Aimee Mann. Also while there, Brion worked at tuning his improvisational musical skills and ability to play by ear. His hard-won proficiency led to increasingly frequent studio work on the West Coast, eventually resulting in his move to L.A.

While in California, Brion and Jellyfish guitarist Jason Falkner formed the Grays, an underground superstar group which released the 1994 album Ro Sham Bo, before quickly fading as the other members (Falkner, Dan McCarroll, and Buddy Judge) went on to individual musical success. Throughout the '90s, Brion found himself increasingly in demand in the studio, producing and collaborating on albums by Aimee Mann, Fiona Apple, Rufus Wainwright, David Byrne, and Elliott Smith. After composing the score for the 1996 Paul Thomas Anderson crime drama Hard Eight, Brion was nominated for a Grammy for his work with Mann on the soundtrack to the same director's 1999 film Magnolia.

In addition to his prolific studio work, Brion began a long-running residency in 1996 as "the house band" Friday nights at the Hollywood nightclub Largo. At his live shows, the crowd can expect anything -- guest appearances by Aimee Mann, Michael Stipe, Elvis Costello, or T-Bone Burnett; Brion is infamous for making up songs on the spot (often from titles shouted from the audience). He's also known for his quirky cover versions of songs by Cheap Trick, the Beatles, and Cole Porter.

Brion stepped forward from his sideman role in late 2000 with his solo debut, Meaningless. Self-released on his own Straight to Cut-Out Records, the album's personal, catchy indie pop was rooted in power pop, including ten original songs along with a cover Cheap Trick's "Voices."

Continuing to be highly in demand in the studio throughout in the 2000s, he produced, arranged, and/or played on albums by Tom Petty, Peter Gabriel, Kanye West, Robyn Hitchcock, Spoon, and Eels, to name a few. In the meantime, he composed scores for acclaimed arthouse films including 2002's Punch-Drunk Love, 2004's Eternal Sunshine of the Spotless Mind and I Heart Huckabees, and 2008's Synecdoche, New York. Brion delivered a steady stream of film scores in the 2010s, as well, highlighted by the 2012 animated film ParaNorman, the 2015 comedy Trainwreck, Best Picture nominee Lady Bird from 2017, and the following year's Christopher Robin. ~ Zac Johnson & Marcy Donelson, Rovi 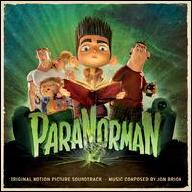 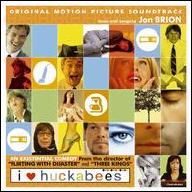 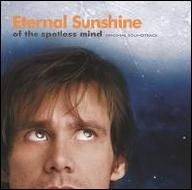 Eternal Sunshine of the Spotless Mind
2004 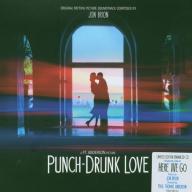 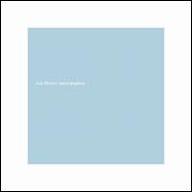 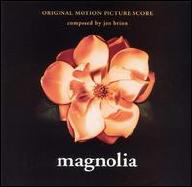 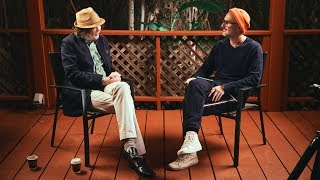 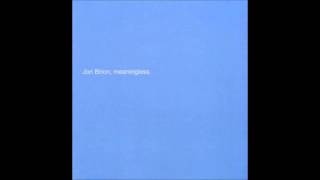 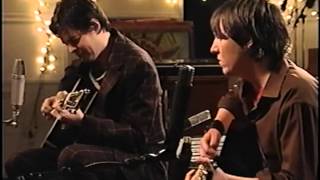 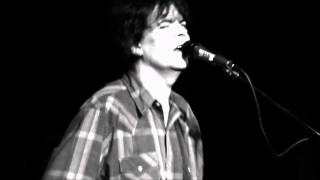 Jon Brion - I Was Happy With You 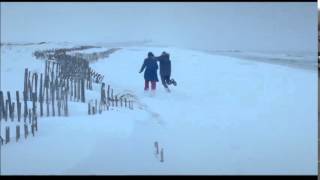 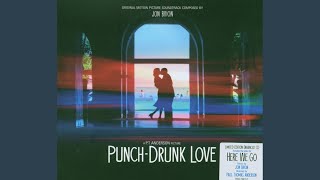 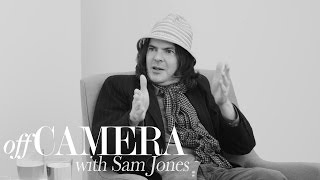