Close
T-Bone Burnett
from St. Louis, MO
January 14, 1948 (age 72)
Biography
Despite critical acclaim as a performer, the rootsy singer/songwriter T-Bone Burnett earned his greatest accolades as a multi-Grammy-winning record producer and Oscar winner. He has helmed sessions for acts ranging from Roy Orbison, Elvis Costello, and Gillian Welch to Los Lobos, Rhiannon Giddens, and Imelda May, to name a few. He was music director and soundtrack producer for the Ethan Joel Coen's 2000 film O Brother Where Art Thou, produced and played on The Hunger Games: Songs from District 12 and Beyond, and was the original music director and soundtrack producer for wife Callie Khouri's Nashville television series. Along the way, Burnett has released a slew of acclaimed albums under his own name, beginning with his rootsy Truth Decay for John Fahey's Takoma in 1980, and the groundbreaking, sonically adventurous The Talking Animals in 1987 for Columbia. After the charting The Criminal Under My Own Hat in 1992, Burnett focused on producing and doing session work for others, including former wife Sam Phillips. He re-emerged in 2005 with The True False Identity for Nonesuch, produced the Grammy-winning duo album Raising Sand for Alison Krauss and Robert Plant, and worked with John Mellencamp, resulting in four acclaimed albums and the theatrical work Ghost Brothers of Darkland County. He conceived and produced the the New Basement Tapes project Lost on the River, which assembled a core group of musicians playing unreleased songs from Bob Dylan and the Band's Basement Tapes period. He also assembled artists and produced a score for the first season of True Detective and worked with the Coens again for Inside Llewyn Davis. In 2019, Burnett emerged from a 12-year break from his solo work with The Invisible Light: Acoustic Space, the first in a trilogy of records he claimed would sum up his final work as a recording artist.

Born Joseph Henry Burnett on January 14, 1948 in St. Louis, Missouri, he grew up in Fort Worth, Texas, soaking in the area's indigenous blend of blues, R&B, and Tex-Mex sounds. Instead of attending college, he opted to open his own Fort Worth recording studio, while also performing in a series of blues bands; in the early '70s he relocated to Los Angeles, producing sessions for Glen Clark and Delbert McClinton.

After recording his own 1972 debut, The B-52 Band the Fabulous Skylarks, Burnett toured with Delaney Bonnie before befriending Bob Neuwirth, a singer/songwriter known for his ties to Bob Dylan. Three years later, Dylan invited Burnett to play guitar on his Rolling Thunder Revue tour. After the Revue concluded, he and fellow Rolling Thunder alumni Dave Mansfield and Steve Soles founded the Alpha Band, releasing their eponymous debut in 1977. Spark in the Dark followed later that year, and like its predecessor, failed to find commercial favor; when 1978's Statue Makers of Hollywood met a similar fate, the Alpha Band split, and Burnett returned to his solo career. He resurfaced in 1980 with the acclaimed Truth Decay, which, like all of his solo work, found its lyrical center in his spiritual concerns. A move to Warner Bros. followed for 1982's Trap Door EP, and 1983's full-length Proof Through the Night featured guests Pete Townshend, Ry Cooder, and Richard Thompson. Still, commercial success eluded him, and so he continued working as a producer, overseeing highly regarded records like Los Lobos' How Will the Wolf Survive?, Marshall Crenshaw's Downtown, and the BoDeans' Love Hope Sex Dreams.

After recording a self-titled 1986 solo effort, Burnett agreed to produce The Turning, an album for the successful Christian pop singer Leslie Phillips. The album won wide acclaim even from secular outposts, but it was to be Phillips' last overtly religious release; instead, she began performing under her nickname, Sam, and with Burnett's aid, landed a deal with the Virgin label for 1987's acclaimed The Indescribable Wow. Prior to recording her 1991 LP, Cruel Intentions, Phillips and Burnett wed, and he remained in the producer's seat for her later efforts, including 1994's Martinis Bikinis and 1996's Omnipop. Despite his additional success manning albums like Elvis Costello's masterful 1986 effort King of America as well as producing the star-studded 1987 Roy Orbison tribute Black White Night, Burnett continued his solo career; like earlier efforts, 1988's The Talking Animals won raves from the press but failed to find an audience outside of his devoted cult following. His output dwindled as his production work increased, and only in 1992 did he release a follow-up, the Spartan Criminal Under My Own Hat. Instead, Burnett remained one of the most prolific and distinctive producers of his day, crafting successes like Costello's Spike, Counting Crows' August and Everything After, the Wallflowers' Bringing Down the Horse, and Gillian Welch's Revival.

Burnett's public profile took a huge leap in 2001 when he served as composer and music producer for the Coen Brothers' film O Brother, Where Art Thou? as well as producing the soundtrack album from the film, which became somewhat of a cultural phenomenon, selling close to nine million copies and earning Burnett four Grammys. He partnered with the Coen Brothers to form DMZ Records in 2002, and the label released several soundtrack albums either produced or executive produced by Burnett, including Cold Mountain, A Mighty Wind, Crossing Jordan, and The Ladykillers. Burnett finally released an album of new original material, The True False Identity, in 2006 on Sony, and that same year also released a 40-song retrospective set spanning Burnett's entire career, Twenty Twenty: The Essential T-Bone Burnett. Tooth of Crime followed in 2008 on Nonesuch Records.

Burnett remained an in-demand producer over the next few years, working with old friends (he helmed Costello's Secret, Profane Sugarcane), up and coming artists (Grace Potter the Nocturnals), and classic veterans (Willie Nelson, Gregg Allman), earning perhaps his greatest plaudits for The Union, a 2010 collaboration between Elton John and Leon Russell, and his music supervision on the Academy Award-winning 2009 film Crazy Heart. Burnett also produced the soundtrack for the 2012 adaptation of Suzanne Collins' The Hunger Games and collaborated with the Civil Wars for the soundtrack for the 2013 food documentary A Place at the Table.

Over the next six years, Burnett was intensely busy with film and television work, assembling talent and music, and handling production work on scores and soundtracks that included HBO's True Detective, Khouri's Nashville series, and working with the Coen Brothers in Inside Llewyn Davis and The Lady Killers. He also found time to produce a slew of records for artists that included Rhiannon Giddons, the Punch Brothers, John Mellencamp, the Corrs, Zucchero, Leon Russell and Elton John, and Sara Bareilles. Burnett gave the keynote address at SXSW in 2019 and unveiled his first studio solo album in a dozen years. The Invisible Light: Acoustic Space, played by a trio comprised of himself and longtime collaborators keyboardist/composer Keefus Ciancia and drummer/percussionist Jay Bellerose. Its six extended pieces were articulated by the trio's improvisational interplay, with Burnett's lyrics acting as the guide sheets for the proceedings. The album was issued in April of 2019, with its companions due in six-month intervals. ~ Jason Ankeny, Rovi 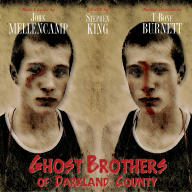 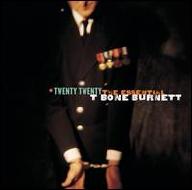 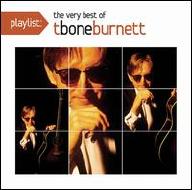 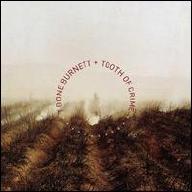 Proof Through the Night & the Complete Trap Door
2007 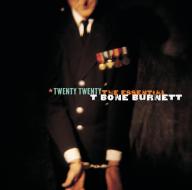 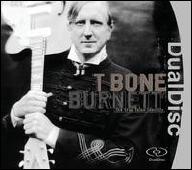 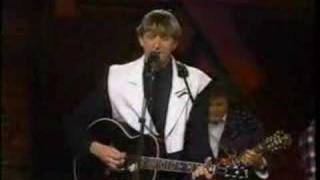 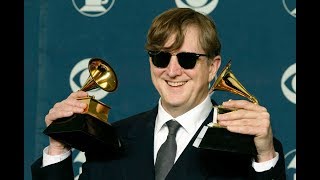 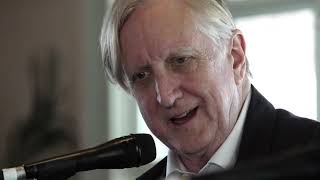 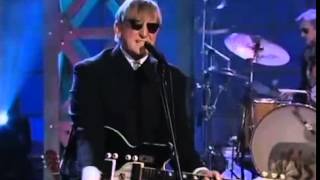 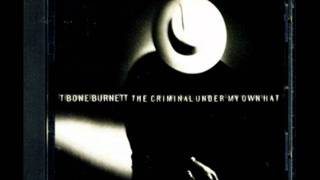 T Bone Burnett - It's Not Too Late 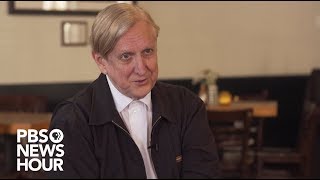 WATCH: 'Artists are our only hope,' says T Bone Burnett in critique of big tech 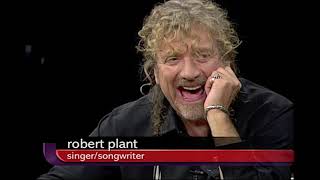