Close
浜崎あゆみ (Ayumi Hamasaki)
from Fukuoka, Japan
October 2, 1978 (age 43)
Biography
No superlative seems too great in describing the success achieved by singer, songwriter, and pop icon Ayumi Hamasaki since her debut in 1998. The best-selling solo artist in Japan, she has sold millions of CDs and claimed a bevy of top-league chart records. Indeed, the scope of her presence in Japanese pop culture could serve as the entertainment industry of an entire country: she's a fashion icon with her own clothing line; she's soundtracked movies, TV shows, and anime series; she had a cartoon about herself; she's hosted TV and radio shows; and, on top of all that, she even opened a restaurant. Perhaps the most crucial point of her successful career -- modeled after her biggest influence, Madonna -- was the degree to which she retained control over her own media persona, not relinquishing it to labels and agencies.

Her beginnings were humble. Abandoned by her father at three, Hamasaki worked as a local model from the age of seven to help her mother and grandmother. A bright but rebellious child, she dropped out of school to try her hand at full-time modeling, but was denied due to her short height. This would prove fortuitous, as she turned her attention to the music industry.

It was a shaky start. Her debut -- the hip-hop EP Nothing from Nothing (1995) -- failed to chart, and her stabs at acting never extended beyond television and B-movies. Hamasaki began wasting her time shopping in Shibuya and singing at karaoke bars. It was at a label-affiliated club where she met Max Matsuura, a producer from Avex Trax with an eye for potential stars. Matsuura was impressed by Hamasaki's singing and offered to sign her. She initially refused -- expecting his motives to be less than chaste -- but eventually took him seriously. He enlisted her in a Japanese vocal school, but she dropped out, complaining the teaching was too rigid. Undeterred, Matsuura sent her overseas to another school in New York. While there, Hamasaki developed her songwriting and lyric composition, encouraged by Matsuura. From then on, their storied partnership would carry Hamasaki from obscurity to the top of the Japanese charts.

On April 8, 1998, Hamasaki made her Avex debut with the single "Poker Face," which peaked at number 22 on the Japanese charts and turned out to be the beginning of a swift upward trend. Her debut studio LP, A Song for XX (1999), hit number one with a million-plus in sales. The follow-up, Loveppears (1999), nearly doubled this figure and topped the charts as well.

In 2000, she simultaneously topped the single, DVD, and album charts with Duty, her best studio effort to date with 2.9 million total units sold. At this early juncture, she experienced serious friction with her label, as she opposed the release of her first compilation, A Best. She believed there was insufficient material, given that she had only released three LPs. However, A Best would sell a whopping 6.7 million copies in Asia. Despite the commercial success, Hamasaki decided to take control of her own career, becoming, most importantly, primary songwriter (credited under the name of Crea). The first Crea-penned tune was "M" from 2002's I Am, which became another two-million-selling chart-topper. The lyrical content of the album was influenced in part by 9/11, a serious and introspective turn that marked the beginning of Hamasaki's international exposure. Hamasaki followed the success of I Am with Rainbow in 2002. It was her first effort to feature English lyrics. Her first EP, 2003's Memorial Address, sold more than one million copies and included a harder edge on songs like "Because of You" and "Ourselves."

In 2004, Hamasaki became embroiled in a power struggle at Avex, but when the label's stocks plummeted at the rumor of her leaving, Matsuura, who enjoyed her backing, won the dispute, which resulted in increased creative and career control for Hamasaki. That year, she issued her sixth album, My Story, which was her most intimate and autobiographical to date. The funky Sweetbox-assisted (Miss) Understood arrived in 2006, buoyed by singles "Ladies Night" and "Bold + Delicious." With each subsequent release, her exposure in Asia grew. In 2007, her eighth effort, Secret, not only topped the charts in Japan, but also Taiwan, Singapore, Hong Kong, and China, prompting Hamasaki to tour these regions. The trek sold out within hours.

The rock-edged Guilty broke her unprecedented streak of eight consecutive number one albums, charting at number two in January 2008. However, this would not hinder Hamasaki's international expansion: the digital version of the record was released in 26 countries and the accompanying remix albums featured a handful of Western DJs, including Armand Van Helden and Carl Craig. Later that year, Hamasaki announced that she had an inoperable condition that led her to become deaf in her left ear. Despite the setback, she vowed to continue and supported Guilty with a tenth anniversary tour that included stops in Taipei, Hong Kong, and Shanghai.

The electro-pop Next Level arrived in 2009, notching the highest first week sales tally for any female artist in Japan. Her ninth chart-topper, Next Level, helped Hamasaki become the first Japanese artist to have at least one number one album each year for 12 consecutive years. Rock 'n' Roll Circus also fared well. The lead single, "Sunrise/Sunset," was her 21st consecutive number one single and 44th to enter the Top Ten, which made her the artist with the most Top Ten singles ever. Introspective and personal, Circus was her first to be recorded overseas (London), with additional production done in the United States. Her 12th album arrived just eight months later. Love Songs comprised mostly ballads, including the single "L," which, as the Roman numeral noted, was her 50th single.

The pop star had a landmark year in 2011. In addition to a release blitz that produced four remix albums, her 15th live collection, and a tour compilation, she also released the EP Five, her first since 2003's Memorial Address. While simultaneously nabbing four spots in the Top Ten -- the first Japanese artist to do so -- she spent much of her year participating in charity efforts in the wake of the devastating tsunami that hit Japan in March.

She changed things up a bit in 2012, releasing her 13th LP, Party Queen, without any physical singles. Half dance-pop, half ballads, Party Queen was her second effort to be partially recorded in England; it was also her second release that did not top the Oricon charts, debuting at number two. Despite the minor stumble, Hamasaki launched her 15th anniversary celebration by announcing a tour and five consecutive months of new releases. Starting in late 2012, she unveiled a pair of EPs (Love and Again); A Classical, a compilation of orchestral reinterpretations of past hits; another tour album; and her 14th album, 2013's Love Again, which simply combined those aforementioned EPs. Love Again returned Hamasaki to familiar territory, debuting atop the charts once again.

Making a complete U-turn from the electronic revelry of CoLOURS, Hamasaki issued 2015's Love Classics, a mash-up compilation that combined her hits with classical music samples from Pachelbel, Debussy, Handel, Dvorák, Bach, and Chopin. Her 16th album also arrived that year. Released exactly 17 years after her "Poker Face" debut, A One featured a guest appearance by Singaporean R&B singer JJ Lin ("The Gift") and a songwriting credit for fellow Japanese icon Hikaru Utada ("Movin' on Without You"). Her sixth EP, the aptly titled sixxxxxx, was issued four months later. It featured six tracks -- the titles of which all started with the letter "S" -- including a collaboration with Taiwanese boy band SpeXial ("Sayonara").

After a 15th anniversary reissue of her first hits collection, A Best, Hamasaki surprised fans with her 17th LP, Made in Japan. Originally a digital-only release, it hit a million streams in under a week before it was released in physical formats. Made in Japan featured a cover of fellow Avex artist globe's 2002 hit single "Many Classic Moments." Another supporting tour followed before Hamasaki returned to the studio to record her seventh EP, Trouble. The set arrived in the summer of 2018 and featured the single "We Are the Queens" from the game Clash of Queens. ~ Alexey Eremenko & Neil Z. Yeung, Rovi 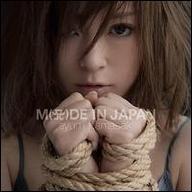 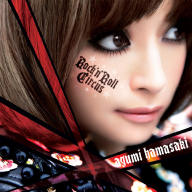 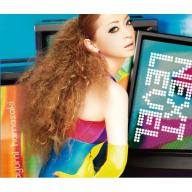 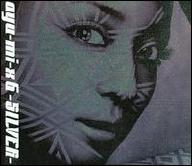 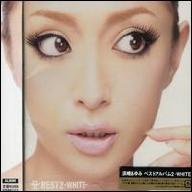 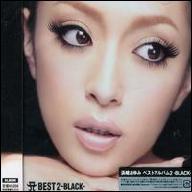 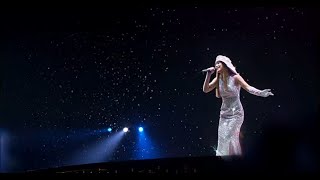 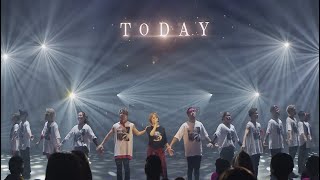 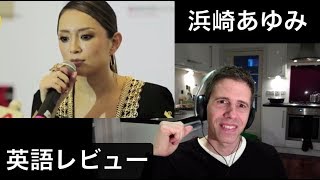