Close
Mitch Ryder & the Detroit Wheels
from Detroit, MI
formed January 1, 1962 - January 1, 1967 (age 5)
Biography
One of the tightest and most hard-hitting blue-eyed soul acts of the 1960s, Mitch Ryder the Detroit Wheels broke out of the Motor City to become major stars, racking up five Top 30 singles between January 1966 and May 1967. While Mitch Ryder's powerful lead vocals were the band's focal point, on their best work the band's ferocious no-frills attack matched Ryder for passion and impact, with guitarist Jim McCarty and drummer Johnny Bee Badanjek leading the charge. After earning their stripes playing frequent club gigs in Michigan, the group's trademark sound -- mighty soul and R&B played with the hard kick of a crack rock & roll band -- scored major chart hits with "Jenny Take a Ride," "Devil with a Blue Dress On/Good Golly Miss Molly," and "Sock It to Me -- Baby!" before Ryder was lured away for a solo career. Rev-Up!!: The Best of Mitch Ryder the Detroit Wheels is a superior single-disc collection of their classic sides, while Sockin' It to You: The Complete Dynovoice/New Voice Recordings brings together nearly everything from their salad days.

William Levise, Jr. was born in Hamtramck, Michigan on February 26, 1945. His father had been a singer with dance bands and his mother had a background in songwriting. They were supportive when Levise developed a taste for blues and rock & roll and wanted to sing, so much so that the family bankrolled his first single, "That's the Way It's Gonna Be" b/w "Fool for You," released in 1962. The song was far from a hit, but it attracted enough attention among local musicians that he was invited to join a multi-racial vocal ensemble called the Fabulaires, which evolved into a combo called the Peps, with Levise as their only white member. (One of the group's founders, Joe Harris, would go on to join the Undisputed Truth, who in 1971 landed a major hit with the song "Smiling Faces Sometimes.") After leaving the Peps (reportedly because Ryder was appalled by the racism his bandmates had to endure), he began gigging regularly at a Detroit-area club called the Village, and proved to be a good match for the house band, the Rivieras, featuring Jim McCarty on guitar, Earl Elliott on bass, and Johnny Bee Badanjek on drums. Levise brought in a second guitarist, Joe Kubert, who he had known since high school, and the band became known as Billy Lee the Rivieras.

Billy Lee the Rivieras became a major draw at Detroit clubs and teen venues, especially after local radio DJ Dave Prince took them under his wing and regularly booked them at shows he promoted at Detroit's Walled Lake Casino. In 1964, they put out a single on the local Hyland label, "You Know" b/w "Won't You Dance with Me?" The single came and went with little notice, but it crossed the path of Bob Crewe, a songwriter, producer, and one-time teen idol best known for his work with Freddie Boom Boom Cannon and the Four Seasons. Crewe saw hit potential in the act, and quickly signed them to a management deal, as well as contracting them for his New Voice Records label. As there was already a group called the Rivieras (who had a hit with "California Sun"), the band became known as the Detroit Wheels, and their frontman adopted a new stage name, Mitch Ryder.

After taking the band to New York City, where they honed their act playing five nights a week, Crewe released the first Mitch Ryder the Detroit Wheels single in 1965, "I Need Help! (Help! Help!)" b/w "I Hope," both songs were Crewe originals. The single earned an indifferent response, but their follow-up, "Jenny Take a Ride!" (a medley of "Jenny Jenny" and "C.C. Rider"), turned their fortunes around; released in December 1965, by the end of January 1966 it topped out at number ten on the national singles chart, and Ryder the Wheels were on their way. In March 1966, they delivered their next single, "Little Latin Lupe Lu" which made it to number 17 on the charts, and the following May saw the release of their first album, Take a Ride, which was dominated by the soul and R&B classics that were a big part of their stage show. By this time, bassist Earl Elliott and guitarist Joe Kubert left the Detroit Wheels; they opted not to replace Kubert, and recruited Jim McCallister to play bass. The changes did little to slow them down, and in November, their earth-shaking medley of "Devil with a Blue Dress On" and "Good Golly Miss Molly" shot to number four, making it the highest-charting single of their career. The tune was featured on their second album, 1966's Breakout!!!, a mix of R&B favorites and Crewe originals.

February 1967 brought another hit, "Sock It to Me Baby!" It rose to number four and was the centerpiece of the third album from Ryder the Detroit Wheels, 1967's Sock It to Me!, which was comprised entirely of songs written or co-written by Bob Crewe, except for a cover of the Bacharach/David chestnut "Walk on By." While the band was still selling records, Crewe was eager to promote Mitch Ryder as a solo act and wanted to change his reputation from a hard R&B shouter to an entertainer who could play Las Vegas as well as rock & roll venues. The Detroit Wheels were soon a ten-piece road orchestra and were part of a touring rock revue, and in time Crewe dispensed with the original Detroit Wheels altogether. The band's last hit, "Too Many Fish in the Sea," rose to a relatively mediocre number 24, and it appeared on Mitch Ryder Sings the Hits, a collection assembled by Crewe that covered a batch of Detroit Wheels classics in new mixes featuring horn and string overdubs. By the end of 1967, the first Mitch Ryder solo album was out, What Now My Love, a polished effort that traded off between brassy rock & roll and grandly arranged middle of the road numbers. Ryder's vocals were strong, but the album was short on the energy and drive that made his recordings with the Detroit Wheels classics, and while the title song became a minor hit, the album was poorly received by fans and record buyers. Ryder's next album, The Detroit-Memphis Experiment, found him backed by Booker T. the MG's; it was a promising effort, but it arrived as Ryder and Crewe were having a major falling out after Crewe sold Ryder's contract to Paramount Records and Ryder in turn sued him for unpaid royalties.

After the breakup of the Detroit Wheels, Ryder and Badanjek would work together in a group called Detroit, who released one album for Paramount in 1971 that included their version of Lou Reed's "Rock & Roll," which was a regional hit and was praised by Reed, who would later hire Detroit guitarist Steve Hunter for his own band. Detroit broke up before they could make a second album, and after briefly dropping out of music, Ryder returned as a solo artist with 1978's How I Spent My Vacation. Jim McCarty would form the blues-rock band Cactus with Tim Bogert and Carmine Appice of Vanilla Fudge; he and Badanjek would team up again in the Detroit-based hard rock band the Rockets. The Detroit Wheels back catalog would be extensively reissued in the years that followed; Rev-Up!!: The Best of Mitch Ryder the Detroit Wheels, first released by Rhino Records in 1990 and reissued by EMI in 2007, was a comprehensive collection of their recorded highlights, and the three original New Voice albums were reissued by Sundazed in 1993. In 2020, the U.K. label Cherry Red brought out Sockin' It to You: The Complete Dynovoice/New Voice Recordings, which included Take a Ride, Breakout!!!, Sock It to Me!, Mitch Ryder Sings the Hits, and What Now My Love in full, along with several non-LP singles. ~ Mark Deming, Rovi 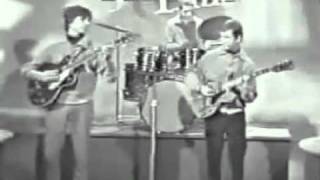 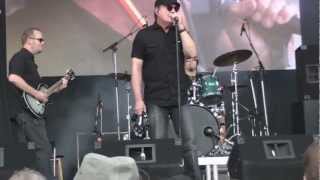 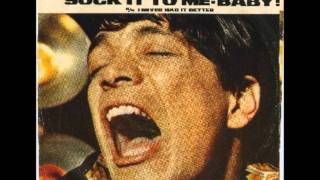 Mitch Ryder and the Detroit Wheels-Devil in a Blue Dress 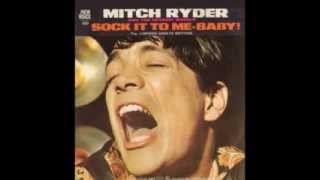 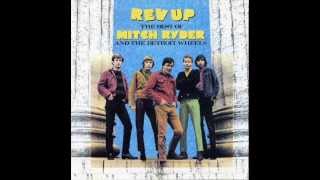 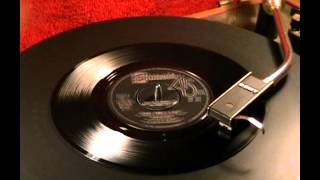 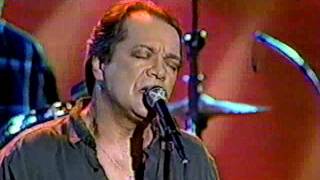