Close
Lou Reed
from New York, NY [Brooklyn]
March 2, 1942 - October 27, 2013 (age 71)
Biography
The career of Lou Reed defied capsule summarization. Like David Bowie (whom Reed directly inspired in many ways), he made over his image many times, mutating from theatrical glam rocker to strung-out junkie to avant-garde noiseman to straight rock & roller to your average guy. Few would deny Reed's immense importance and considerable achievements. As has often been written, he expanded the vocabulary of rock & roll lyrics into the previously forbidden territory of kinky sex, drug use (and abuse), decadence, transvestites, homosexuality, and suicidal depression. As has been pointed out less often, he remained committed to using rock & roll as a forum for literary, mature expression throughout his artistic life, without growing lyrically soft or musically complacent. By and large, he took on these challenging duties with uncompromising honesty and a high degree of realism. For these reasons, he was often cited as punk's most important ancestor. It's often overlooked, though, that he was equally skilled at celebrating romantic joy, and rock & roll itself, as he was at depicting harrowing urban realities. With the exception of Neil Young, no other star who rose to fame in the '60s continued to push himself so diligently into creating work that was, and remains, meaningful and contemporary.

Although Reed achieved his greatest success as a solo artist, his most enduring accomplishments were as the leader of the Velvet Underground in the '60s. If Reed had never made any solo records, his work as the principal lead singer and songwriter for the Velvets would have still ensured his stature as one of the greatest rock visionaries of all time. The Velvet Underground are discussed at great length in many other sources, but it's sufficient to note that the four studio albums they recorded with Reed at the helm are essential listening, as is much of their live and extraneous material. "Heroin," "Sister Ray," "Sweet Jane," "Rock and Roll," "Venus in Furs," "All Tomorrow's Parties," "What Goes On," and "Lisa Says" are just the most famous classics that Reed wrote and sang for the group. As innovative as the Velvets were at breaking lyrical and instrumental taboos with their crunching experimental rock, they were unappreciated in their lifetime. Five years of little commercial success was undoubtedly a factor in Reed leaving the group he had founded in August 1970, just before the release of their most accessible effort, Loaded. Although Reed's songs and streetwise, sing-speak vocals dominated the Velvets, he was perhaps more reliant upon his talented collaborators than he realized, or was even willing to admit in his latter years. The most talented of these associates was John Cale, who was apparently fired by Reed in 1968 after the Velvets' second album (although the pair subsequently worked together on various other projects).

Reed had a reputation of being a difficult man to work with for an extended period, and that made it difficult for his extensive solo oeuvre to compete with the standards of brilliance set by the Velvets. Nowhere was this more apparent than on his self-titled solo debut from 1971, recorded after he'd taken an extended hiatus from music, moving back to his parents' suburban Long Island home at one point. Lou Reed mostly consisted of flaccid versions of songs dating back to the Velvet days, and he could have really used the group to punch them up, as proved by the many outtake versions of these tunes that he actually recorded with the Velvet Underground (some of which didn't surface until about 25 years later).

Reed got a shot in the arm (no distasteful pun intended) when David Bowie and Mick Ronson produced his second album, Transformer. A more energetic set that betrayed the influence of glam rock, it also included his sole Top 20 hit, "Walk on the Wild Side," and other good songs like "Vicious" and "Satellite of Love." It also made him a star in Britain, which was quick to appreciate the influence Reed had exerted on Bowie and other glam rockers. Reed went into more serious territory on Berlin (1973), its sweet orchestral production coating lyrical messages of despair and suicide. In some ways Reed's most ambitious and impressive solo effort, it was accorded a vituperative reception by critics in no mood for a nonstop bummer (however elegantly executed). Unbelievably, in retrospect, it made the Top Ten in Britain, though it flopped stateside.

Having been given a cold shoulder for some of his most serious (if chilling) work, Reed apparently decided he was going to give the public what it wanted. He had guitarists Steve Hunter and Dick Wagner give his music more of a pop-metal, radio-friendly sheen. More disturbingly, he decided to play up to the cartoon junkie role that some in his audience seemed eager to assign to him. Onstage, that meant shocking bleached hair, painted fingernails, and simulated drug injections. On record, it led to some of his most careless performances. One of these, the 1974 album Sally Can't Dance, was also his most commercially successful, reaching the Top Ten, thus confirming both Reed's and the audience's worst instincts. As if to prove he could still be as uncompromising as anyone, he unleashed the double album Metal Machine Music, a nonstop assault of electronic noise. Opinions remain divided as to whether it was an artistic statement, a contract quota-filler, or a slap in the face to the public.

Later, Reed never behaved as outrageously (in public and in the studio) as he did in the mid-'70s, although there was plenty of excitement in the decades that followed. When he decided to play it relatively straight, sincere, and hard-nosed, he could produce affecting work in the spirit of his best vintage material (parts of Coney Island Baby and Street Hassle). At other points, he seemed not to be putting too much effort into any aspect of his songs ("Rock and Roll Heart"). With 1978's Take No Prisoners, he delivered one of the weirdest concert albums of all time, more of a comedy monologue (which not too many people laughed hard at) than a musical document. Reed had always been an enigma, but no one questioned the serious intent of his work with the Velvet Underground. As a soloist, it was getting impossible to tell when he was serious, or whether he even wished to be taken seriously anymore.

At the end of the '70s, The Bells set the tone for most of his future work. Reed would settle down; he would play it straight; he would address serious, adult concerns, including heterosexual romance, with sincerity. Not a bad idea, but though the albums that followed were much more consistent in tone, they remained erratic in quality and, worse, could occasionally be quite boring. The recruitment of Robert Quine as lead guitarist helped, and The Blue Mask (1982) and New Sensations (1984) were fairly successful, although in retrospect they didn't deserve the raves they received from some critics at the time. Quine, however, would also find Reed too difficult to work with for an extended period. New York (1989) heralded both a commercial and critical renaissance for Reed, and in truth it was his best work in quite some time, although it didn't break any major stylistic ground. Reed worked best when faced with a challenge, which arrived when he collaborated with former partner John Cale in 1990 on a song cycle for the recently deceased Andy Warhol. In both its recorded and stage incarnations, this was the most experimental work that Reed had devised in quite some time.

Magic and Loss (1992) returned him to the more familiar straight rock territory of New York, again to critical raves. The re-formation of the Velvet Underground for a 1993 European live tour could not be considered an unqualified success, however. European audiences were thrilled to see the legends in person, but critical reaction to the shows was mixed, and critical reaction to the live record was tepid. More distressingly, old conflicts reared their head within the band once again, and the reunion ended before it had a chance to get to America. Cale and Reed at this point seem determined never to work with each other again (the death of Velvet Underground guitarist Sterling Morrison in 1995 seemed to permanently ice prospects of more VU projects). In 1996, the surviving Velvet Underground members were inducted into the Rock and Roll Hall of Fame, performing a newly penned song for their fallen comrade, Morrison. Reed closed the '90s with an album that saw him explore relationships, 1996's Set the Twilight Reeling (many speculated that the album was biographical and focused on his union with performance artist Laurie Anderson), which didn't turned out to be one of Reed's more critically acclaimed releases. He also found time to compose music for the Robert Wilson opera Timerocker, and in 1998, released the "unplugged" album Perfect Night: Live in London. The same year, Reed was the subject of a superb installment of the PBS American Masters series that chronicled his entire career (eventually released as a DVD, titled Rock and Roll Heart).

The year 2000 saw Reed's first release for Reprise Records, Ecstasy, a glorious return to raw and straightforward rock, a tour de force that many agreed was his finest work since New York. Another collaboration with Robert Wilson, POE-try, followed in 2001 and continued its worldwide stage run through the year. Including new music by Reed and words adapted from the macabre texts of Edgar Allan Poe, POE-try led to Reed's highly ambitious next album, The Raven. Animal Serenade, a double-disc set recorded at the Wiltern Theater in Los Angeles during his 2003 world tour, was issued in spring 2004. The live effort was Reed's tribute of sorts to his celebrated Rock N Roll Animal concert album, which was released 30 years before. In 2007, Reed released Hudson River Wind Meditations, a four-song experimental sound collage that celebrated both the best and worst aspects of Metal Machine Music. In 2011, he joined forces with heavy metal legends Metallica to create Lulu, an album of fresh studio material. Written by Reed, with James Hetfield et al. providing input on arrangements and dynamics, Lulu blended Lou Reed's trademark monotone vocals with the power and ferocity of Metallica's musicianship. However, Reed underwent a liver transplant at the Cleveland Clinic in April 2013, and although he subsequently proclaimed his strength and intention to return to performing and songwriting, he died of end-stage liver disease at his home on Long Island in late October of that year. ~ Richie Unterberger & Greg Prato, Rovi 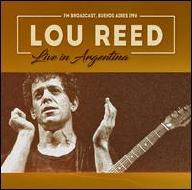 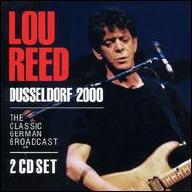 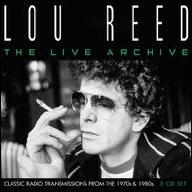 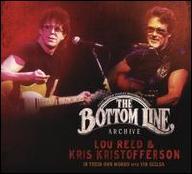 The Bottom Line Archive Series: In Their Own Words: With Vin Scelsa
2017 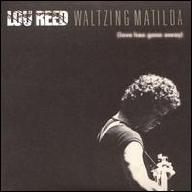 Waltzing Matilda [Love Has Gone Away]
2016 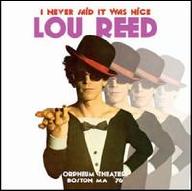 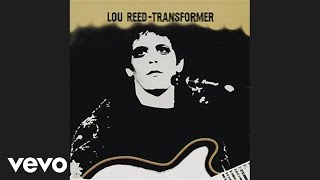 Lou Reed - Walk on the Wild Side (audio) 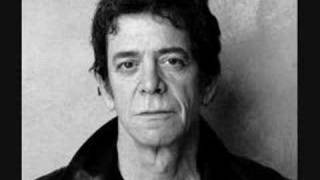 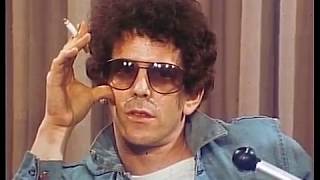 Are You Happy Being A Schmuck? Lou Reed, Sydney 1975 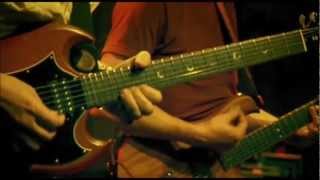 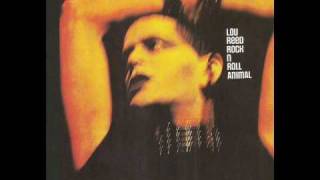 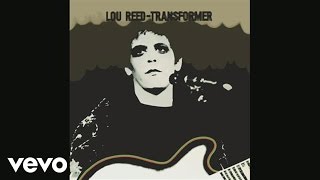