Close
Eddie Henderson
from New York, NY
October 26, 1940 (age 81)
Biography
Balancing a career in psychiatry with his love of forward-thinking post-bop and fusion, trumpeter Eddie Henderson has cut a distinctive path in modern jazz. Mentored by Miles Davis in his teens, Henderson emerged as an original member of Herbie Hancock's Mwandishi band in the 1970s, appearing on the landmark jazz-funk album Sextant. From there, he embarked on a solo career, issuing several of his own cross-pollinated funk and disco-infused albums for Capricorn, Blue Note, and Capitol Records. These albums, and especially his breakthrough U.K. hit "Prance On" from 1978's Mahal, were influential touchstones for later hip-hop, electronic, and acid jazz musicians. A licensed psychiatrist with a degree from Howard University, Henderson often split his time playing jazz and working in medicine. From the late '80s onward, he has remained a vital presence on the New York City jazz scene, releasing a bevy of well-regarded acoustic jazz albums like 2010's For All We Know and working as a member of the hard bop supergroup the Cookers.

Born Edward Jackson Henderson in New York City in 1940, Henderson grew up in a family steeped in the jazz tradition. His mother was a professional dancer at the Cotton Club, while his father was a member of the legendary Charioteers vocal group. Encouraged to play music, he first picked up the trumpet around age nine, and famously received an early lesson from Louis Armstrong, whom his mother knew from her days in Harlem. During his teens, Henderson moved to San Francisco with his family, where he continued to progress as a musician. A driven, highly disciplined student while in high school, he balanced his music practice, with studying, playing sports, and participating in competitive figure skating. It was during these years that he first met his longtime idol Miles Davis, who stayed at his parent's house when playing in the Bay Area. From the late '50s on, Davis was a heavy influence on the trumpeter's approach to jazz. It was also through Davis that Henderson first met future boss and bandmate Herbie Hancock.

After a stint in the Air Force, Henderson enrolled for medical school, earning his undergraduate degree at the University of California, and later finishing his medical studies at Howard University where he graduated in 1968. During his time at Howard, he would often spend the weekends driving from Washington, D.C. to New York to study with Freddie Hubbard and Lee Morgan. After earning his M.D., he then returned to the Bay Area where he served out a psychiatric residency and played jazz in his off-hours. While there, he was asked to join Herbie Hancock's innovative funk and fusion-based Mwandishi ensemble for a week-long run of shows in San Francisco. This led to a full-time appointment, and from 1970 to 1973, Henderson toured and recorded with the group, appearing on the influential 1973 album Sextant.

As a leader, Henderson debuted with two well-regarded albums on the independent Capricorn Records label, 1973's Realization and Inside Out. Produced by Skip Drinkwater, whom Henderson met via his work with guitarist Norman Connors, these albums essentially featured the Mwandishi band with Hancock on electric keyboards, Bennie Maupin on reeds, Patrick Gleeson on synthesizers, Buster Williams on bass, and Billy Hart on drums. There were also contributions from drummers Lenny White and Eric Gravatt, as well as future-Headhunters percussionist Bill Summers. Both albums showcased a funky, avant-garde, electric fusion style similar to Henderson's previous work with Hancock. More Drinkwater-produced albums followed on Blue Note, including the psychedelia-dipped Sunburst with George Duke and 1976's Heritage, which featured a young Patrice Rushen on keyboards, sax, and flute.

Around this time, Henderson signed with Capitol Records and released three albums beginning with 1977's Drinkwater-produced Comin' Through. These productions built upon his previous efforts, but found him moving in even more of a cross-over direction with a less spacy, more dance-oriented approach to jazz-funk. In 1978, he scored a U.K. hit with the disco-infused "Prance On," off Mahal. His Capitol era culminated in 1979's equally disco- and soul-leaning Runnin' to Your Love. Although somewhat dismissed as "commercial" in the decades following the fusion era of jazz, Henderson's electric recordings enjoyed great popularity with hip-hop and electronic musicians, and are often cited (along with Miles Davis' and Herbie Hancock's work) as influential on the development of trip-hop and acid jazz.

Moving to New York full-time in 1985, Henderson's solo recordings slowed somewhat as he worked increasingly as a physician. Nonetheless, he stayed active, appearing on albums with Billy Hart, Leon Thomas, Gary Bartz, and others. With 1989's Phantoms, he returned to regular recording with a series of albums that found him embracing an acoustic hard bop sound. He presence continued to grow throughout the '90s with harmonically nuanced, hard-swinging albums like 1994's Inspiration, 1995's Dark Shadows, and 1999's Reemergence. These albums still found Henderson indebted to Davis, but displaying his own brand aggressive, post-bop lyricism. It was an approach that only deepened as he entered his sixties, delivering such albums as 2004's Time and Spaces, 2006's Precious Moment, and 2010's For All We Know.

Along with his own work in the 2000s, Henderson also played with the Mingus Big Band, Benny Golson, and others. He worked regularly with Billy Harper, eventually joining the saxophonist in the all-star ensemble the Cookers alongside longtime associates drummer Billy Hart, pianist George Cables, and bassist Cecil McBee, as well as trumpeter David Weiss and saxophonist Donald Harrison. A regular at New York's Smoke nightclub, Henderson has released several albums for their in-house label, starting with 2015's Collective Portrait. That same year, he celebrated his work with Hancock on 2016's Infinite Spirit: Revisiting Music of the Mwandishi Band. In 2018, he delivered his second Smoke Sessions date with Be Cool, featuring Cookers bandmate Harrison, pianist Kenny Barron, bassist Essiet Essiet, and drummer Mike Clark. ~ Matt Collar, Rovi 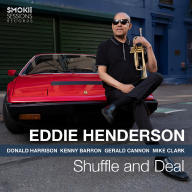 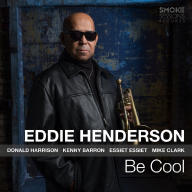 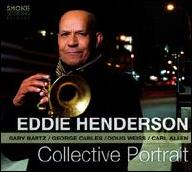 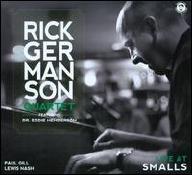 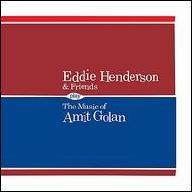 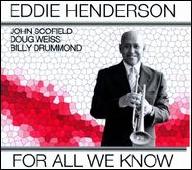 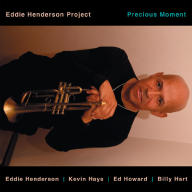 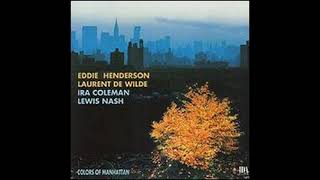 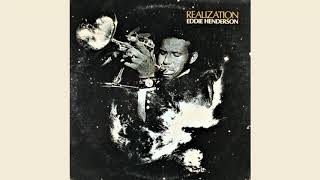 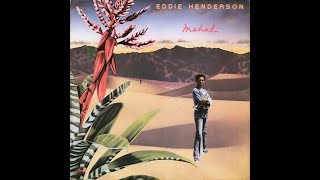 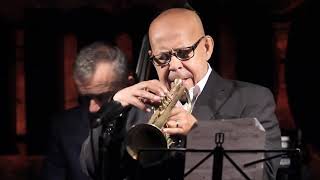 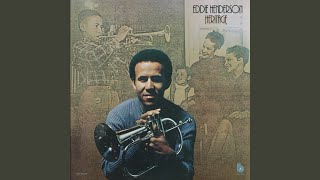 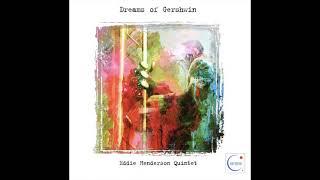 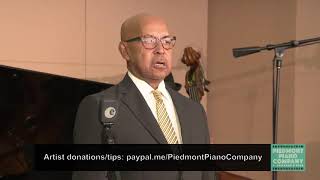