Close
Gary Bartz
from Baltimore, MD
September 26, 1940 (age 80)
Biography
Gary Bartz is an award-winning alto saxophonist, multi-instrumentalist, composer, bandleader, instructor, and sideman. Though he began his career with the Max Roach and Abbey Lincoln group in 1964 as well as many peers and mentors including McCoy Tyner, Pharoah Sanders, Woody Shaw, and Terumasa Hino. During the early 1970s Bartz founded NTU Troop and issued a series of pioneering albums including Follow the Medicine Man and I've Known Rivers and Other Bodies. The band's albums seamlessly integrated funky soul, African folk musics, post-bop, and spiritual jazz. During that decade Bartz worked extensively with Norman Connors, Donald Byrd, and groundbreaking jazz-funk producers, the Mizell Brothers. Though he led fewer dates during the '80s and '90s, he remained active as a collaborator and sideman. In 2003, Bartz joined the faculty of the Jazz Studies department at the Oberlin Conservatory of Music. He won a Grammy for his playing on Tyner's Illuminations in 2005 and released the acclaimed Coltrane Rules: Tao Music Warrior in 2012. In 2019 Bartz celebrated the 50th anniversary of his Another Earth at the Newport Jazz Festival alongside Ravi Coltrane and original personnel Charles Tolliver and Nasheet Waits. In 2020 he collaborated with London-based jazz-funk outfit Maisha on Night Dreamer: Direct to Disc Sessions. The following year, he collaborated with Adrian Younge and Ali Shaheed Muhammad on a dedicated volume in their ongoing Jazz Is Dead series, Gary Bartz JID006.

Born in Baltimore in 1940, Bartz is the son of nightclub-owning parents. He picked up the alto at age 11, influenced by the many top-level jazz musicians who made their way through his parents' club; he even got to sit in with Art Blakey and George Benson during his teens. After graduating from high school, Bartz attended the Juilliard Conservatory of Music. He became a member of Charles Mingus' Jazz Workshop from 1962-1964, where he worked with Eric Dolphy and encountered McCoy Tyner for the first time. He also began gigging as a sideman in the mid-'60s with the Abbey Lincoln and Max Roach group. He briefly joined Art Blakey the Jazz Messengers and made his recording debut on their 1965 release Soul Finger, and remained for the following year's Hold On I'm Coming. In 1968 Bartz formed his own band and signed to Milestone. His debut, Libra, was performed by a quintet that included drummer Billy Higgins, bassist Richard Davis, pianist Albert Dailey, and trumpeter Jimmy Owens; the saxophonist continued to tour with the Roach/Lincoln band. He followed it with Another Earth in 1969, an album since celebrated as influential on both the American and European jazz scenes. His sidemen for the date included Pharoah Sanders, Reggie Workman, Charles Tolliver, Freddie Waits, and Stanley Cowell. In 1970, Miles Davis tapped Bartz for his Bitches Brew tour and featured him as a soloist on the Live-Evil recording. Subsequently, a more complete portrait emerged after his contribution to the Davis band was documented on The Cellar Door Sessions. Bartz formed the NTU Troop who, from the very beginning, melded soul, funk, African folk music, hard bop, and spiritual jazz in a vibrant multivalent whole. Vocalist Andy Bey joined the group for Harlem Bush Music: Taifa, Harlem Bush Music: Uhuru, Juju Street Songs and remained for several years. In 1972, Bartz began a longstanding working relationship with drummer Norman Connors on his groundbreaking soul-jazz outing Dance of Magic; he would record with the drummer throughout the decade. From 1973-1975, Bartz was on a roll. NTU Troop's I've Known Rivers and Other Bodies is one of the most revered jazz fusion outings of that decade and has proven influential for two generations of musicians in its wake. That same year, he collaborated with Jackie McLean on the acclaimed Ode to Super for Steeplechase, and appeared with Charlie Mariano on Altissimo for Philips.

NTU Troop issued its final outing, Singerella: A Ghetto Fairy Tale, in 1974 with producer Larry Mizell; he and Bartz formed a studio relationship that would last several years. In 1975, Bartz, the producer, and his brother Fonce Mizell (as well Davis' bandmembers Reggie Lucas, James Mtume, and Michael Henderson), collaborated for The Shadow Do. Two years later, with the same production team and an all-star guest list that included Syreeta, Mtume, James Gadson, David T. Walker, and others, Bartz issued the charting Music Is My Sanctuary, an album that initially proved far too funky for most jazz critics. Bartz stayed on a radio-friendly, pop-oriented jazz-funk tip for the remainder of the decade, issuing Love Affair in 1978 and Bartz in 1980.

The saxophonist spent most that decade as a sideman and billed collaborator. He worked steadily with Tyner, Phyllis Hyman, Mtume, Ndugu Chancler, and Woody Shaw. He returned to recording hard bop as a leader in 1988 with Monsoon and the following year's Reflections on Monk. Beginning with 1990's West 42nd Street, Bartz reveled in the hard bop tradition. 1991 saw the release of There Goes the Neighborhood, followed by Shadows, the latter with pianist Benny Green, bassist Christian McBride, drummer Victor Lewis, and tenor saxophonist Willie Williams. In 1994, Bartz briefly signed to Atlantic and issued one of his most enduring outings, the charting Red Orange Poems. In its liner essay, critic Stanley Crouch wrote that: "he is one of the very finest to have ever picked up the instrument." He followed it a few months later with Episode 1: Children of Harlem, featuring a quartet that included pianist Larry Willis (Bartz had also been playing with his group), drummer Ben Riley, and bassist Buster Williams. In 1996, Bartz began to open up his sound again. Forming a studio band, he cut Blues Chronicles: Tales of Life with a star-studded lineup that included Jon Hendricks, Cyrus Chestnut, Dennis Chambers, Russell Malone, and rappers Nezkar Keith and Ransom. That same year, Bartz worked with organist Robert Walter on the Greyboy-produced Spirit of '70 that also included saxophonist Karl Denson. He closed the decade with the live Music for Ebbe: Live at San Sebastian ?with Jeanne Lee and Jorge Pardo.

Bartz returned to his role as a collaborator during the early part of the new century. In 2000, he was co-billed with Jarek Smietana on African Lake, which also included bassist Cameron Brown and trumpeter Jeremy Pelt. Three years later, in addition to releasing Jazz Time co-billed to Kankawa Toshihiko, he was featured on Blue Jazz with Malachi Thompson Africa Brass and guest Billy Harper. Also in 2003, Bartz joined the staff of the Jazz Studies department at Oberlin Conservatory of Music where he remains. He issued Soprano Stories with a band that consisted of pianists John Hicks and George Cables, bassist James King, and drummer Greg Bandy. It marked his first album-length showcase for his soprano saxophone playing.

Bartz spent the next seven years teaching, playing out only occasionally. He received a Grammy for his work as a sideman on McCoy Tyner's Illuminations (2005). He re-emerged as a bandleader on 2012's Coltrane Rules: Tao Music Warrior on his own OYO label. In 2015, he was a featured guest on tenor saxophonist Allen Lowe's electro-acoustic score for Man with Guitar: Where's Robert Johnson? That same year Bartz was awarded the BNY Mellon Jazz 2015 Living Legacy Award. In 2019, after being celebrated for two decades as one of jazz's true fusion pioneers influencing everyone from Kamasi Washington, Yazz Ahmed, Shabaka Hutchings, and others, Revive Music invited Bartz to perform in celebration of the 50th Anniversary of Another Earth at New York's Winter Jazzfest. He reprised the performance at the North Sea and Newport Jazz Festivals and then at the Newport Jazz Fesitval with original personnel Charles Tolliver and Nasheet Waits as well as Ravi Coltrane.

In 2019, DJ and producer Gilles Peterson invited Bartz to play the annual We Out Here festival and selected the London-based spiritual jazz ensemble Maisha -- Amané Suganami, Twm Dylan, Tim Doyle, Yahael Camara-Onono, Shirley Tetteh, and Nubya Garcia -- to serve as his backing band. The gig went so well the group not only began playing dates across Europe, they re-assembled for a Peterson-curated We Out Here-branded gig at London's Royal Festival Hall, and a few months later, as part of the annual EFG London Jazz Festival. While they were playing their European dates, they booked two days in a recording studio in the Netherlands and cut five tunes for the direct-to-disc label Night Dreamer Records. Two early Bartz tunes, "Uhuru Sasa" and "Doctor Follows Dance," were rearranged by this group from the original recordings Harlem Bush Music: Uhuru and Follow the Medicine Man, respectively, while the other three were collectively written and arranged by the saxophonist and Maisha while they were on the road. The set was released in mid-2020, a few months shy of Bartz's 80th birthday. Just after, he went to Los Angeles and worked with Jazz Is Dead's multi-instrumentalist producers, Adrian Younge and Ali Shaheed Muhammad; that meeting resulted in 2021's Gary Bartz JID006. ~ Thom Jurek, Rovi 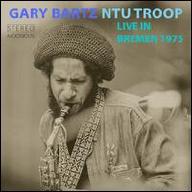 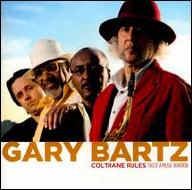 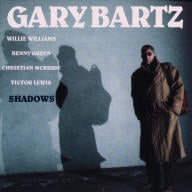 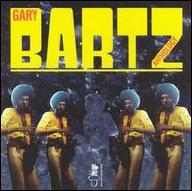 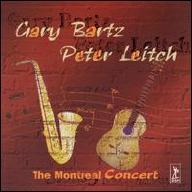 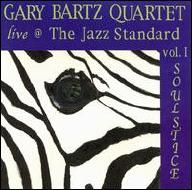 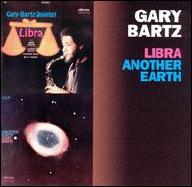 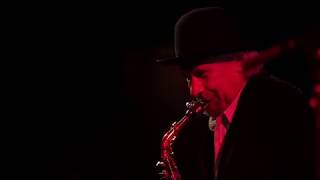 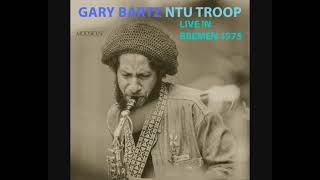 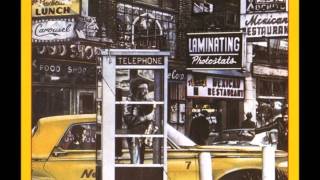 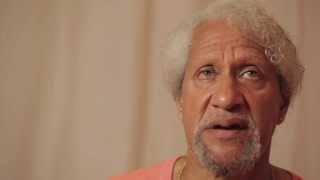 Gary Bartz Talks About Drug Use Among Jazz Greats 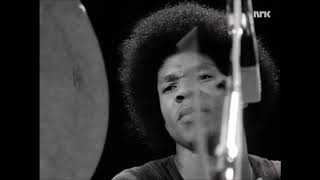 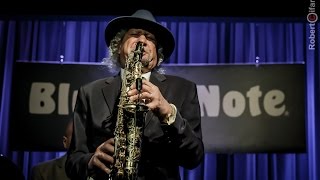