Close
Woody Shaw
from Laurinburg, NC
December 24, 1944 - May 10, 1989 (age 44)
Biography
One of the most gifted and innovative jazz musicians of his generation, trumpeter Woody Shaw navigated the rapidly fluctuating jazz scene of the '70s and '80s to create a lasting body of work that extends his influence well beyond his tragic death at age 44. Born in Laurinburg, NC, on December 24, 1944, Shaw grew up in Newark, NJ. Interestingly, Shaw's father, Woody Shaw, Sr., sang in the gospel group the Diamond Jubilee Singers in the '30s and attended high school in Laurinburg with trumpeter Dizzy Gillespie -- a connection that did not go unnoticed by a young musically inclined Shaw. Starting out on bugle, Shaw moved to trumpet at age 11 and continued his studies in music theory while attending an arts high school in Newark. By his teens, Shaw had gained a strong knowledge base in music and was already playing jazz. Early on, he evinced the influence of such artists as Louis Armstrong and Harry James, but quickly fell under the spell of such modern trumpeters as Gillespie, Clifford Brown, Miles Davis, Kenny Dorham, Booker Little, Lee Morgan, and others. Later on, Shaw would also express much interest in the advancements of saxophonist John Coltrane, whose style and harmonic approach is clearly evident in his playing.

By 1963, Shaw's steady presence on the vibrant Newark jazz scene -- which included such future stars as keyboardist Larry Young and trombonist Grachan Moncur III -- had begun to catch the attention of the greater jazz world, and Shaw found work with Latin percussionist Willie Bobo as well as progressive saxophonist Eric Dolphy. Dolphy even invited Shaw on a tour of France. Sadly, however, Dolphy died from a diabetic coma before Shaw was able to join him in Paris. Undeterred, Shaw left for France and ended up performing in several European countries with a bevy of name artists including pianist Bud Powell, drummer Kenny Clarke, saxophonist Johnny Griffin, and others. Shaw even brought his Newark pals organist Young and drummer Billy Brooks overseas to perform with him and saxophonist Nathan Davis.

In 1964, Shaw returned to the States and began a series of highly formative jobs, beginning with a stint with pianist Horace Silver and continuing with a who's who of jazz artists including pianist Chick Corea, saxophonists Jackie McLean and Booker Ervin, pianists McCoy Tyner and Andrew Hill, and drummer Max Roach. It was during this period that Shaw appeared on several now classic recordings including Silver's Cape Verdean Blues (1965) and The Jody Grind (1966), Larry Young's landmark Blue Note date Unity (1965), and some lesser-known but no less stellar releases like pianist Andrew Hill's Grass Roots (1968). The late '60s also found Shaw pairing with such forward-thinking and avant-garde-leaning saxophonists as Gary Bartz, Pharoah Sanders, Hank Mobley, and Archie Shepp.

The 1970s were a fruitful time both creatively and commercially for Shaw, who formed several inspired working partnerships including stints with saxophonist Joe Henderson, Art Blakey's Jazz Messengers, vibraphonist Bobby Hutcherson, and drummer Louis Hayes. It was also during the '70s that Shaw first recorded as a leader and released several influential, forward-thinking albums featuring his by then highly individualized style that mixed harmonically complex post-bop, modal jazz, and nods toward fusion and free jazz. Included in this period are such albums as Blackstone Legacy (1970), Song of Songs (1972), Moontrane (1974), Little Red's Fantasy (1976), and The Iron Men (1977).

Capping off this decade of intense creative output, Shaw signed to Columbia Records and released several more highly acclaimed albums with Rosewood (1977), Woody III (1978) -- named after his son Woody Louis Armstrong Shaw III, who was born that year -- For Sure! (1980), and United (1981). Of the four releases, Rosewood achieved the most acclaim, earning a Grammy nomination and getting voted Best Jazz Album of 1978 in the Down Beat Reader's Poll -- the same poll in which Shaw was picked as Best Jazz Trumpeter of the Year. Although Shaw eventually parted ways with Columbia, he continued to work and record throughout the '80s, releasing a handful of compelling albums, not the least of which included his three sessions with fellow trumpet innovator Freddie Hubbard: Time Speaks (1982), Double Take (1985), and Eternal Triangle (1988) -- most of which are collected on The Complete Freddie Hubbard and Woody Shaw Sessions.

By this time, Shaw had been diagnosed with an incurable degenerative eye disease and was losing his eyesight. While the disease did not hamper his performing abilities, it would have obviously made the everyday functions of going about one's life, let alone a music career, difficult. Although specifics of the accident are somewhat vague, what is known is that on February 27, 1989, Shaw was struck by a subway car in Brooklyn, NY, which severed his left arm. Subsequently, Shaw suffered complications while in the hospital and died of kidney failure on May 10, 1989.

Although the late '80s had proven to be the most difficult period of Shaw's musical life, with the rise of the Young Lions -- most notably trumpeter Wynton Marsalis -- and the burgeoning renaissance of acoustic post-bop jazz, the seeds were sown for a renewed appreciation of Shaw's music. Like Shaw, Marsalis was not only a classically trained musician, but had spent time as a member of Blakey's Jazz Messengers and, like many of the younger jazz musicians of the '80s, drew much inspiration from Shaw's unique and harmonically progressive approach to improvisation. Shaw recorded with several of these younger musicians, including saxophonist Kenny Garrett on his stellar 1984 Criss Cross debut, Introducing Kenny Garrett. Shaw also brought younger musicians into his own group, including trombonist Steve Turre and pianist Mulgrew Miller, as well as drummers Tony Reedus and Terri Lyne Carrington. In this way, Shaw secured his reputation alongside such icons as Miles Davis, John Coltrane, Art Blakey, and Horace Silver as one of the great jazz innovators, bandleaders, and mentors. ~ Matt Collar, Rovi 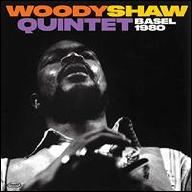 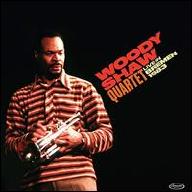 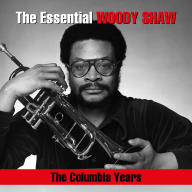 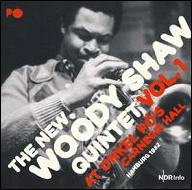 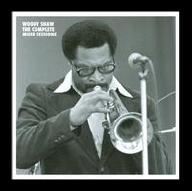 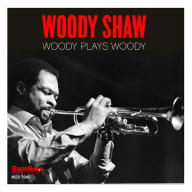 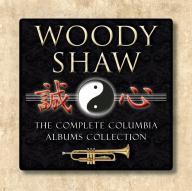 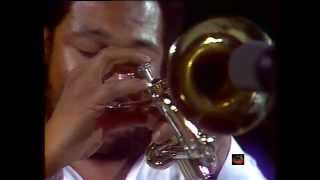 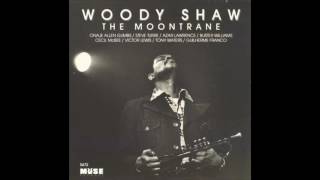 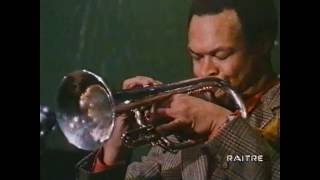 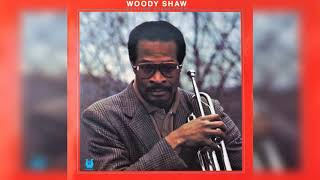 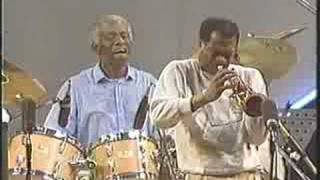 Woody Shaw,Herbie Hancock,Art Blakey - A Night in Tunisia 1 (to be cont.)

Woody Shaw and Joe Henderson - All The Things
Available here: