Close
Chris Potter
from Chicago, IL
January 1, 1971 (age 50)
Biography
Since bursting onto the New York scene at 18 with bop icon Red Rodney, American jazz saxophonist Chris Potter has become a first-call sideman, a sought-after composer and arranger, and a widely respected bandleader. With a full, bright tone that weds compelling lyricism to driven exploration, Potter is equally versed in straight-ahead jazz, post-bop, modal music, and vanguard jazz-funk. As a sideman, his hundreds of credits include stints with Dave Holland, Paul Motian, and Dave Douglas. Concentric Circles, his 1994 leader debut, was issued by Concord, where he spent several years developing as a leader. He recorded two acclaimed albums for Verve in 2001's acclaimed Gratitude and 2002's Traveling Mercies. In 2006 he released Underground, a self-titled quartet debut with electric pianist Craig Taborn, drummer Nate Smith, and guitarist Adam Rogers. They issued Follow the Red Line: Live at the Village Vanguard in 2007 and 2009's charting Ultrahang. In 2013, Potter released The Sirens, the first of three leader outings for ECM. Imaginary Cities, recorded by his 11-piece Underground Orchestra, followed in 2015. He led a quartet for 2017's The Dreamer Is the Dream. In late 2018, Potter signed to Edition Records, and played with Holland and Zakir Hussain for 2019's Good Hope and followed with his own electro-acoustic quartet on Circuits. In 2020, he issued the completely solo There Is a Tide, performing, reeds, winds, guitars, drums, and keyboards. That fall he re-purposed the Circuits group as a trio, and recorded Sunrise Reprise; it appeared in May 2021.

Born in Chicago on New Year's Day 1971, Potter grew up mostly in Columbia, South Carolina, and started playing piano as a child. He took up the alto saxophone at age ten, initially inspired by Paul Desmond and Johnny Hodges, and went on to learn tenor and soprano sax, bass clarinet, and flute; by 13, he was performing professionally. At age 18, he moved to New York to attend the Manhattan School of Music, and quickly joined veteran bop trumpeter Red Rodney's quintet, with whom he performed until Rodney's death in 1994. Meanwhile, he started playing on the side with Jazz Mentality and John Hart in 1992, and at the end of the year cut his first album as a leader, Presenting Chris Potter, for the Dutch Criss Cross label. In early 1993, he guested on Marian McPartland's In My Life on Concord Jazz, which led to a deal of his own with the label; despite their generally mainstream output, they promised the more adventurous Potter full creative control.

Potter's first album to achieve widespread release in the U.S. was his Concord debut, Concentric Circles, and it received generally excellent reviews, making him a name to watch. Gigs with Paul Motian, Renee Rosnes, John Patitucci, and Steely Dan's reunion tour raised his profile over the next two years, and he cut two more dates for Concord in 1994: Pure and a duo album with onetime instructor Kenny Werner. In addition to keeping up his associations with Motian and Jazz Mentality, Potter went on to play with the Mingus Big Band (which helped his stock rise even higher) and Steve Swallow, and completed another album, Moving In, in 1996. For the following year's Unspoken, Potter hauled out a big-time rhythm section of guitarist John Scofield, bassist Dave Holland, and drummer Jack DeJohnette.

Unfortunately, Potter subsequently suffered a bout with Meniere's disease, a recurring condition that eroded much of the hearing in one ear. It didn't prevent him from continuing his career, though, and his next solo offering, 1998's Vertigo, consolidated his growing critical goodwill; it also found him leading his own quartet, anchored by bassist Scott Colley. That same year, Potter took on two of his most important side gigs: he joined Dave Holland's acclaimed quintet, and also began playing with fast-rising trumpet star Dave Douglas. For the next few years, Potter concentrated mostly on playing and touring with those artists, as well as Motian and Jim Hall; he was also nominated for a Grammy thanks to his solo work on "In Vogue," a track from Joanne Brackeen's 1999 album Pink Elephant Magic. In 2000, Potter was named the recipient of Denmark's prestigious Jazzpar Prize, making him the youngest person ever to win the award. He was also heavily featured on Steely Dan's Grammy-winning comeback album, Two Against Nature, gaining his widest exposure yet. He left Concord Jazz to sign with Verve, and made his label debut with 2001's Gratitude, a widely acclaimed album paying tribute to past saxophone greats. At this point, his quartet included Colley, keyboardist Kevin Hayes, and drummer Brian Blade; Blade was replaced by Bill Stewart for the 2002 follow-up Traveling Mercies and Lift: Live at the Village Vanguard, the latter of which appeared in 2004 on Sunnyside. A new band with guitarist Wayne Krantz, keyboardist Craig Taborn, and drummer Nate Smith was introduced on the 2006 release Underground. Song for Anyone appeared in 2007, featuring a new quartet and a pair of string players. He appeared as part of Motian's trio on 2010's Lost in a Dream and led the NDR Bigband on Transatlantic for EMI in 2011.

In early 2013, Potter made his debut as a leader for ECM on the album Sirens. His compositions for the set were inspired by episodes in Homer's epic poem The Odyssey. His quintet for the date included Taborn (piano), David Virelles (prepared piano, celeste, harmonium), Larry Grenadier (double bass), and Eric Harland (drums). The saxophonist expanded the reach of his Underground quartet for 2015's Imaginary Cities. In addition to its original lineup, Potter added two bass players and a string quartet. The album was credited to the Chris Potter Underground Orchestra. Zea, a live recording with Hungarian ethno-jazz group Mihály Dresch Quartet, arrived in 2017.

In late 2018, Potter signed with Edition Records. He played with Dave Holland and percussionist Zakir Hussain on the bassist's acclaimed Good Hope which appeared in 2019. The saxophonist also led a quartet date titled Circuits that found him exploring sampling and electronics alongside keyboardist James Francies, drum virtuoso Eric Harland, and bassist Linely Marthe. The band toured until March of 2020, before being forced into quarantine by the global Covid-19 pandemic. In seclusion, Potter began to think outside his own box. That summer he composed and recorded the music for December's There Is a Tide by playing all instruments, including reeds, winds, basses, keyboards, samplers, guitars, and drums. That fall, Potter re-purposed the Circuits band as a trio, sans bass, and cut Sunrise Reprise. It was released by Edition in May 2021. ~ Steve Huey & Thom Jurek, Rovi 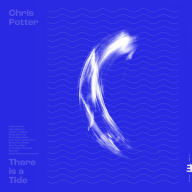 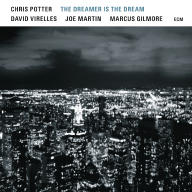 The Dreamer Is The Dream 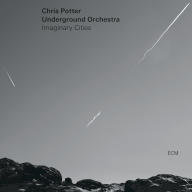 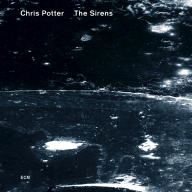 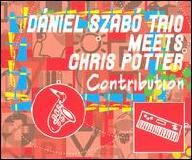 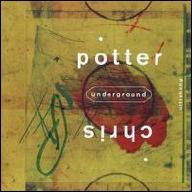 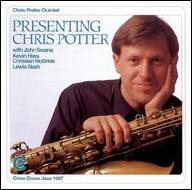 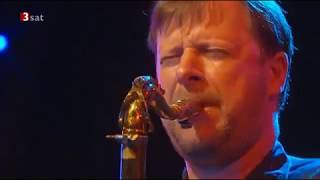 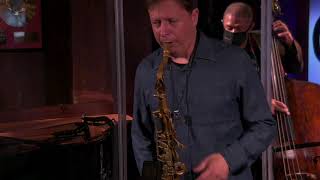 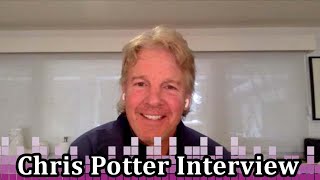 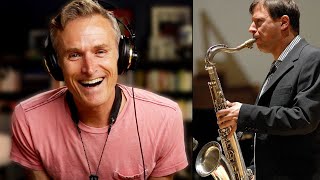 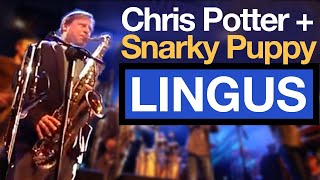 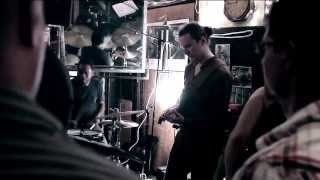