Close
Grady Tate
from Durham, NC
January 14, 1932 - October 8, 2017 (age 85)
Biography
Grady Tate was renowned as a session drummer extraordinaire, an expert in the use of the rim shot for syncopating purposes; prized for his driving, pushing, or subtle coaxing of the beat. Yet he also displayed a warm, flexible, rhythmically agile baritone voice, which, in a reversal of the usual commercial situation, was less well-known than his drumming. He began singing at age four, impressing local Durham, North Carolina church and school audiences, but quit temporarily when his voice broke at age 12. Self-taught as a drummer at first, he picked up the fundamentals of jazz drumming during his hitch in the Air Force (1951-1955), and arranger Bill Berry made some vocal charts for him there. Upon his discharge, he returned to Durham to study psychology, literature, and theater at North Carolina College, before moving to Washington, D.C. in 1959 to teach high school and take up a musical career with Wild Bill Davis.

A move to New York City in 1963 led to a gig with the Quincy Jones big band, and soon he caught on as a recording session drummer. His most famous records as an accompanist were made under the aegis of producer Creed Taylor, for whom he became the house drummer of choice. Tate played on many of Jimmy Smith's and Wes Montgomery's most popular recordings, including 1964's The Cat and 1965's Bumpin'. He can also be heard on albums by such luminaries as Nat Adderley, Stan Getz, Tony Bennett, Kenny Burrell, Ella Fitzgerald, Benny Goodman, Roland Kirk, Count Basie, Oscar Peterson, Duke Ellington, J.J. Johnson, and Kai Winding, among countless other artists.

Arranger Gary McFarland thought enough of Tate's singing voice to record a number of vocal albums for his short-lived Skye label, beginning with 1968's Windmills of My Mind. Yet despite further vocal sessions for Buddah, Janus, Impulse!, and a host of Japanese labels, Tate's profile as a singer was never as high as it could have been. During this period, he also stayed active appearing on albums with a bevy of jazz and soul artists including Ron Carter, Aretha Franklin, Roberta Flack, Gato Barbieri, and others. Tate's voice can also be heard on several songs in the beloved Schoolhouse Rock! animated educational series.

Despite the absence of his own solo albums, the '80s proved a fruitful time for the drummer, who returned to teaching and joined the faculty of Howard University. He also remained a highly sought-after session player, appearing with jazz artists like Jimmy Smith, Helen Merrill, and Teresa Brewer, as well as pop superstars like Simon Garfunkel. His distinctive, undulating drum patterns were also used to good effect on composer Angelo Badalamenti's soundtrack to director David Lynch's Twin Peaks.

He returned to his solo recording work with 1991's excellent, vocal-only album for Milestone, TNT, where drummer Dennis Mackrel used many patterns that he learned from Tate. Body and Soul followed a year later, and he resurfaced with Feeling Free in 1999. Several more well-regarded albums followed, including 2003's All Love with pianist Kenny Barron and 2006's From the Heart: Songs Sung Live at the Blue Note. Tate's drumming was once again featured on the soundtrack to David Lynch's Twin Peaks: The Return. Tate died on October 8, 2017 at his home in Manhattan's Upper East Side. He was 85 years old. ~ Richard S. Ginell, Rovi 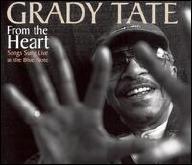 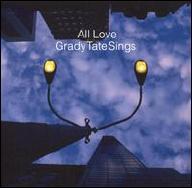 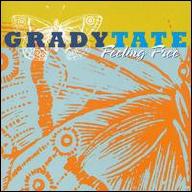 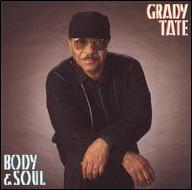 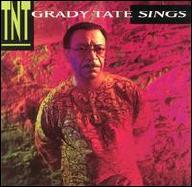 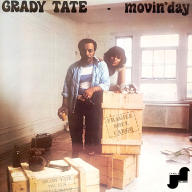 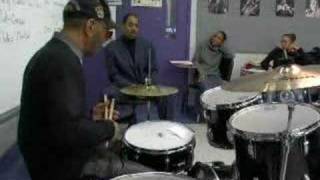 GRADY TATE - Windmills Of My Mind 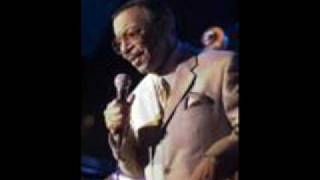 Grady Tate And I Love Her 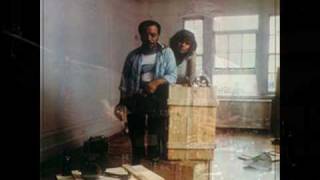 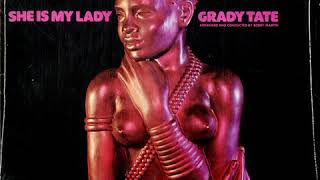