Close
Clyde McPhatter
from Durham, NC
November 15, 1932 - June 13, 1972 (age 39)
Biography
Clyde McPhatter was one of the most influential R&B singers of the '50s and early '60s. In his own time, his name and voice loomed so much larger than that of the group the Drifters, which he founded, that it took five years for them to recover from his departure. McPhatter was idolized by Black audiences as few singers before or since ever were, and for almost 15 years helped define rhythm & blues and its transformation into soul. In a way, he was the most improbable of R&B stars, a gentle high tenor who, superficially at least, seemed more suited to the angelic strains of gospel music. And his name gave some potential managers and agents pause -- what kind of R&B singer, forget a star, was named Clyde? And Clyde McPhatter seemed like a backwoods burlesque of a Black American name. But when he sang, the doubts and the laughter all disappeared -- even on his live album from the Apollo Theater, recorded during his declining years, when he describes physical lust in the hit Ta Ta, he makes it feel urgent and real, and utterly convincing.

McPhatter was born in Durham, NC, on November 15, 1932, the fourth of six children of George and Beulah McPhatter. The family that was both musical and religious, George McPhatter preached at the Mount Calvary Baptist Church where Beulah McPhatter was the organist, and Clyde became a boy soprano in the church choir. The family moved to New Jersey in 1945 and McPhatter formed his first gospel group that year in high school. The McPhatters moved to New York City, and Clyde McPhatter joined the Mount Lebanon Singers, who were one of the most popular gospel groups on the East Coast, and sang with them in the second half of the '40s. In late 1950, McPhatter made the jump to secular music when he joined Billy Ward, a former boxer-turned-singer in the Dominoes. The group, usually known officially as Billy Ward the Dominoes, signed with Syd Nathan's King Records label, and at the end of 1950 cut Sixty Minute Man. That song went on to become the biggest R&B hit of 1951 and the first identifiable rock & roll record (though that phrase had not yet been coined for music) by a Black group to make the jump from the R&B to the pop charts. McPhatter stayed with Billy Ward the Dominoes for three years, racking up a very respectable array of hits, including Have Mercy Baby, The Bells, I'd Be Satisfied, and These Foolish Things Remind Me of You, and playing as many engagements as they could handle. The problem for McPhatter was that Ward dominated the group's image and its finances -- McPhatter's was the lead voice, and the voice that everyone identified; Ward had his name on the front end of the billing and collected all of the profits, while McPhatter, who was sometimes referred to as "Clyde Ward" by unknowing admirers, wasn't earning enough to live on from the meager salary that Ward paid him. Finally, in early 1953, McPhatter quit.

Ahmet Ertegun, the president and co-founder of Atlantic Records, was a fan of McPhatter's singing with the Dominoes and, on learning of his availability, approached him with a contract offer -- to record his own group, if he could organize it. Thus were born the Drifters, originally organized by McPhatter in partnership with his manager George Treadwell. It was as the leader of the Drifters that McPhatter's career momentum picked up considerably -- beginning with Money Honey, which became the biggest R&B hit of 1954, he saw a year of notable chart activity and burgeoning popularity, around the singles Such a Night, Honey Love, White Christmas, and Whatch Gonna Do. McPhatter received his draft notice in 1954, but was lucky enough to be posted in America, which allowed him to continue to record with the group. He had already made a decision to leave the Drifters, however. He saw himself moving in a different direction from the group, toward a solo sound that would meld pop, R&B, and rock & roll all in one, and unlike a lot of other aspirants to that sort of stardom, McPhatter had what it took to pull it off. His high tenor was equally convincing on a slow ballad or a hard rock & roll number, and he saw no reason that he couldn't do both types of song his own way. He couldn't have known it at the time, but he was opening up a path that would later be followed by the likes of Elvis Presley and Sam Cooke, among many others.

Upon his discharge in 1955, McPhatter embarked on his official solo career, still recording for Atlantic Records. McPhatter first emerged in a duet with Ruth Brown on Love Has Joined Us Together, which made number 8 on the R&B charts, and in August of that year he recorded Seven Days, which became a number 2 R&B hit in early 1956. This was the first of McPhatter's attempts at a crossover record, complete with a softer pop orchestra and chorus behind his singing, but it was undercut on the pop charts by a variety of white cover versions, most notably by Dorothy Collins and the Crew Cuts. He fared better in the spring of 1956 with Treasure of Love, which was not only his first solo R&B chart-topper, but also managed to make number 16 on the pop charts. Just to Hold My Hand kept him in the Top 10 on the R&B charts and the Top 30 in pop in the spring of 1957, and Long Lonely Nights topped out the R&B listings while just brushing the Top 50 for pop record compilers that summer. McPhatter was a big enough star that he was essentially the focus of two LP releases on Atlantic in the same year, unheard of for a Black artist in those days, when R&B albums (apart from Elvis' first RCA long-players, which were considered R&B) didn't sell in serious numbers. In 1956, Atlantic released Clyde McPhatter the Drifters and followed it up with Love Ballads soon after -- the latter revealed his and the label's strategy, with a cover depicting an audience of white teenage girls in tinted overlays, looking on toward the camera excitedly and longingly. His goal, and the hope of his label, was to follow the path opened previously by Nat King Cole had done starting from jazz, and Eddy Arnold had done from country, and cross over to pop audiences -- he had aspirations of rivalling Frank Sinatra and Perry Como. McPhatter saw his biggest hit on Atlantic in 1958 with A Lover's Question, co-authored by Brook Benton, which hit number 6 on the pop charts that fall while topping the R&B listings. He had three more charting singles in 1959, none of which broke the Top 10 in R&B, but saw another long-player released to his credit, entitled simply Clyde.

He left Atlantic that year after one last hit, Lovey Dovey, closing out his career there with another Brook Benton song, You Went Back on Your Word. McPhatter's contract was up, and he jumped to M-G-M Records, which was offering a large advance in its eagerness to grab hold of the R&B market. His relationship there lasted but a year, through four singles, of which only Let's Try Again matched his Atlantic hits, making the R&B Top 20. He also had some minor pop hits in I Told Myself a Lie and Think Me a Kiss in 1960. The early '60s were a tumultuous time for McPhatter, personally and musically. He jumped to Mercury Records as the new decade began, and his career seemed to pick up again with an R&B Top 10 single, Ta Ta, which also made the pop charts. I Never Knew also did well, and was followed by a Top 10 pop single in 1962 with Lover Please, written by Billy Swan. Behind the scenes, however, McPhatter was walking a tightrope of alcoholism and unreliability that was expending all of the capital that he'd built up in the music community and the Black community -- he was a big enough name to still rate bookings at the Apollo Theater in Harlem, but hall managers and promoters, and his own backing bands, never knew what to expect from him, even in terms of repertory between rehearsals and showtime. Additionally, music was changing around him. McPhatter had served as a musical model for a soul singers of two generations who followed him onto the charts -- Ben E. King in the Drifters and solo, but also Jackie Wilson and Smokey Robinson, and they were all producing hit records in prodigious numbers between 1960 and 1965. Even his former group the Drifters, now reconstructed with an entirely new lineup and with a new sound, were enjoying massive radio play and record sales during this period around the voices of King, Rudy Lewis, and Johnny Moore. Additionally, Sam Cooke, who was of the same generation as McPhatter, and had made the same journey out of the deep south to the big city, and the cross-over from gospel to R&B and pop, was the dominant figure in soul music during the early '60s. All were good and were also reliable and professional, and there was just no room for McPhatter, who wasn't any of those things at the time.

Before leaving Mercury, McPhatter enjoyed slight success with Deep in the Heart of Harlem, a song that seemed to emulate the soft soul sound of the Drifters of that era, and Crying Won't Help You Now, and cut a good concert album, Live at the Apollo, in 1964, which featured a cross-section of his hits across his career dating back to the early '50s. He spent the next few years recording for smaller labels such as Amy Records, unable to get a hit or keep his performing career going. He must have appreciated the grim irony, that his one-time Drifters stablemate, bass singer Bill Pinkney, was leading a group of "Drifters" who sang McPhatter's repertory and had a viable concert career, especially in England. And then, in a maneuver that anticipated the career course of the latter day Drifters, McPhatter moved to England. McPhatter's Dominoes and Drifters records hadn't appeared in the U.K. at the time of their original release. In the early '60s, between the booming enthusiasm for American R&B and the release of his current solo records, and the groundwork laid by Pinkney in his performances, McPhatter achieved recognition there and found a fresh audience. He found work in British clubs for a few years, until the same personal problems caught up with him. He returned to America in the early '70s, signing with Decca Records at the time and releasing an album, Welcome Home. It failed to make any impact, and McPhatter himself denied having any audience or fans left, which was not the case. (Even this writer -- as a neophyte R&B listener in the late '60s with a lot to learn, coming from a middle-class white neighborhood where Jimi Hendrix was the Black artist most often played, and in a time when not a single one of the early Drifters' songs was available on an album -- knew who Clyde McPhatter was, or who he had been.)

It was too late for McPhatter, professionally and personally, however. Years of alcoholism and depression, and a failure to deal with his problems ended with a fatal heart attack in New York in 1972. It took years for Atlantic, where he'd been signed for what were probably the six most optimistic years of his career, to begin to make his music available in the United States (though their British division made some efforts overseas). In the CD era, in addition to its own best of compilation Deep Sea Ball, the label has licensed different parts of his legacy to Collectables and Sequel. There is no definitive compilation of his music, or biography of this seminal R&B and soul star. ~ Bruce Eder, Rovi 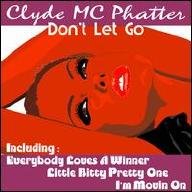 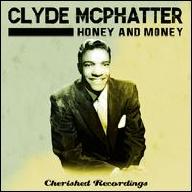 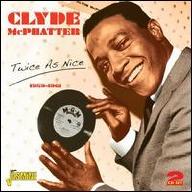 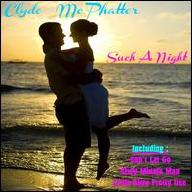 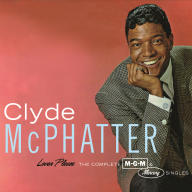 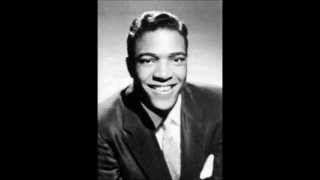 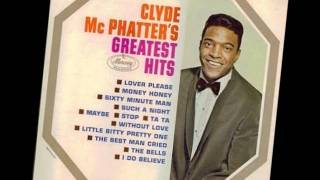 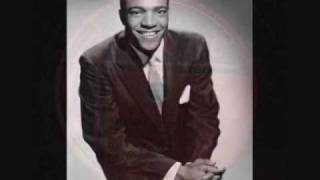 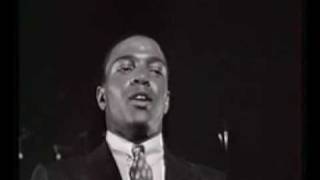 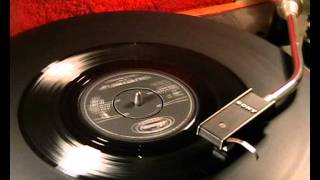 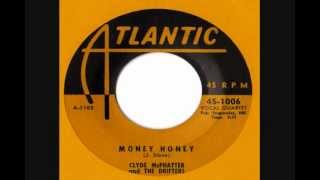 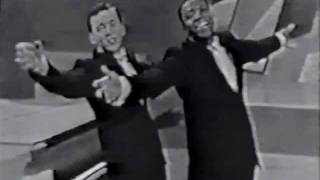