Close
Caravan
from Canterbury, England
formed January 1, 1968 (age 54)
Biography
Caravan were one of the more formidable progressive rock acts to come out of England in the 1960s, though they were never much more than a very successful cult band at home, and, apart from a brief moment in 1975, barely a cult band anywhere else in the world. They only ever charted one album in their first six years of activity, but they made a lot of noise in the English rock press, and their following has been sufficiently loyal and wide to keep their work in print for extended periods during the 1970s, the 1990s, and in the new century.

Caravan grew out of the breakup of the Wilde Flowers, a Canterbury-based group formed in 1964 as an R&B-based outfit with a jazzy-edge. The Wilde Flowers had a lineup of Brian Hopper on guitar and saxophone, Richard Sinclair on rhythm guitar, Hugh Hopper playing bass, and Robert Wyatt on drums. Kevin Ayers passed through the lineup as a singer, and Richard Sinclair was succeeded on rhythm guitar by Pye Hastings in 1965. Wyatt subsequently became the lead singer, succeeded by Richard Coughlan on drums. Hugh Hopper left and was replaced by Dave Lawrence, then Richard Sinclair, and Dave Sinclair, Richard's cousin, came in on keyboards. Finally, in 1966, Wyatt and Ayers formed Soft Machine and the Wilde Flowers dissolved. In the wake of the earlier group's dissolution, Hastings, Richard Sinclair, Dave Sinclair, and Richard Coughlan formed Caravan in January of 1968.

The group stood at first somewhat in the shadow of Soft Machine, which became an immediate favorite on the London club scene and in the press. This worked in Caravan's favor, however, as the press and club owners began taking a long look at them because of the members' previous connections. A gig at the Middle Earth Club in London led to their being spotted by a music publishing executive named Ian Ralfini, which resulted in a publishing deal with Robbins Music and then, by extension, a recording contract with MGM Records on their Verve Records imprint, which the American label was trying to establish in England. Their self-titled debut album, Caravan, was a hybrid of jazz and psychedelia, but also enough of a virtuoso effort to rate as a serious progressive rock album at a time when that genre wasn't yet fully established; along with the Nice albums on Immediate and The Cheerful Insanity of Giles, Giles Fripp, it planted the roots of progressive rock.

The Caravan album never sold in serious numbers, and for much of 1968 and early 1969, the members were barely able to survive -- at one point they were literally living in tents. And then, to add insult to injury, the record disappeared as MGM's British operation shut down in late 1968. Out of that chaos, however, the group got a new manager in Terry King and, with the help of a fledgling producer named David Hitchcock (who'd seen the band in concert), a contract with England's Decca Records, which was a major label at the time. Their Decca debut album, If I Could Do It All Over Again, I'd Do It All Over You, released in early 1970, was a major step forward and, indeed, a milestone in their history, establishing the mix of humor and progressive sounds, including classical, jazz, and traditional English influences that would characterize the best of their work over the next six years. Moreover, with Decca's then-formidable distribution behind it, the album got into stores and was heard and even sold well on university campuses.

Suddenly, Caravan were an up-and-coming success on the college concert circuit, even making an appearance on British television's Top of the Pops. With national exposure and a growing audience, the group was at a make-or-break moment in their history. They rose to the occasion with their second Decca LP, In the Land of Grey and Pink, which showed off a keen melodic sense, a subtly droll wit, and a seductively smooth mix of hard rock, folk, classical, and jazz, intermingled with elements of Tolkien-esque fantasy. The songs ranged from light, easy-to-absorb pieces such as "Golf Girl" to the quietly majestic "Nine Feet Underground," a 23-minute suite that filled the side of an LP. One of the hardest-rocking yet musically daring extended pieces to come out of the early progressive rock era, "Nine Feet Underground" didn't seem half as long as its 23 minutes and it was a dazzling showcase for Pye Hastings' searing lead guitar and Dave Sinclair's soaring organ and piano work. Although few observers realized it at the time, the suite's length pointed up a problem that the group faced fairly consistently -- in contrast to most progressive rock outfits of the era, Caravan were inventive enough to justify extending even the relatively simple songs in their repertoire to running times of six or seven minutes, and they were also extremely prolific. Those two situations meant that they were frequently forced to leave perfectly good songs off their albums and to edit those that they did issue. Most listeners didn't find this out until a wave of Caravan reissues arrived in 2001 with their running times extended ten to 25 minutes each by the presence of perfectly good, previously unissued songs and unedited masters of previously released songs.

Keyboard player and singer Dave Sinclair left the group's lineup in 1971, joining his ex-Wilde Flowers bandmate Robert Wyatt in the latter's new group, Matching Mole, and he was succeeded by Stephen Miller of the jazz-based band Delivery, who lasted through one album, Waterloo Lily (1972), moving them in a much more bluesy direction. Friction between the members resulted in Miller's departure and the exit of Richard Sinclair, who subsequently joined Hatfield and the North. When the smoke cleared, Caravan were back as a five-piece that included Geoff Richardson on the electric viola, which added a new and rich timbre to their overall sound. By the time they cut their next album, For Girls Who Grow Plump in the Night, Dave Sinclair was back on keyboards. The album was a success, as was its follow-up, Caravan the New Symphonia, a live 1973 performance accompanied by a full orchestra, released the following year.

The group was poised to try for a breakthrough in America and, toward that end, took on Miles Copeland as their manager. They ended up on a 50-date tour of the United States and Canada where the response was positive. They also released a new album, Cunning Stunts, that became their first chart LP, not only in England but also in America (albeit at number 124) and most of Europe as well. Unfortunately, Cunning Stunts, for all of its sales success, was an ending rather than a new beginning -- the group parted company with Decca Records after its release. They recorded Blind Dog at St. Dunstan's for the Copeland-owned BTM Records the following year, and Better by Far for the Arista label the year after that, but by that time, their moment seemed to have passed, and they seemed increasingly out of step with the burgeoning punk rock boom. Caravan ceased activity in the early '80s, following the release of The Album and Back to Front, both recorded for Kingdom Records, owned by their former manager Terry King.

Their history seemed to have ended, and then in 1990, the original quartet of Pye Hastings, Richard Sinclair, Dave Sinclair, and Richard Coughlan were reunited for what was supposed to be a one-off concert for a television special. The performance and the sales of an accompanying live album proved so encouraging that Caravan came together once more for a second career. The group remained back together into the new millennium (mostly filled out by ex-members of Camel, among other latter-day personnel), with new recordings emerging sporadically if steadily. Equally important, someone at English Decca (by then part of Polygram, which became part of MCA) took it upon themselves to raid the vaults in 1999-2000 and prepare vastly expanded reissues of the group's entire Verve/Decca catalogs. The result was the availability of more Caravan music and more of their classic '60s and '70s recordings than had been in print at any time in their history. Around 2005, however, drummer Richard Coughlan's health issues forced him to cease performing live with the band, and as Mark Walker subsequently took over drum duties, Coughlan limited his own role to percussionist. Coughlan died on December 1, 2013; he was 66 years old. ~ Bruce Eder, Rovi 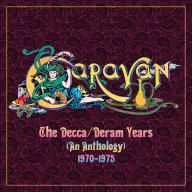 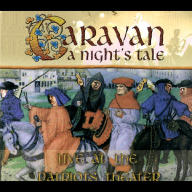 A Night's Tale [Live At the Patriots Theater]
2014 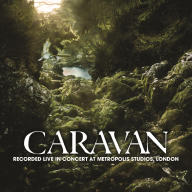 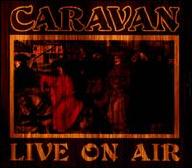 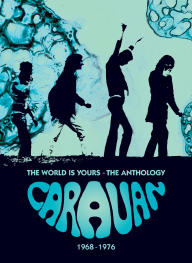 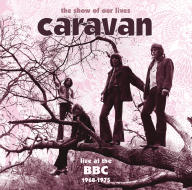 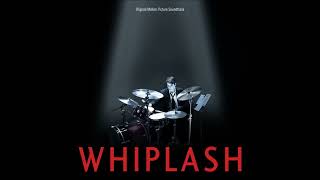 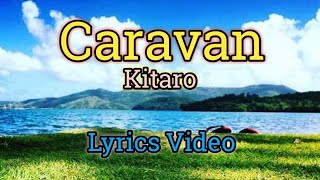 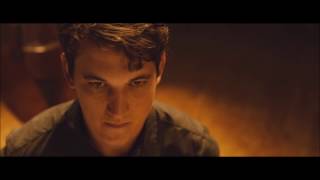 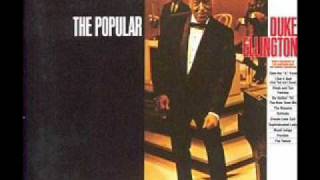 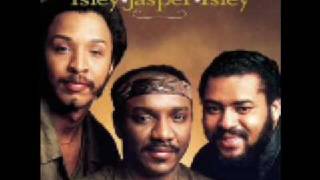 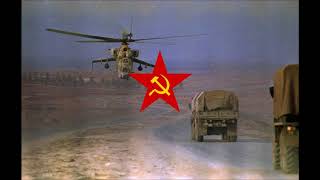