Close
Jobriath
from King of Prussia, PA
December 14, 1946 - August 3, 1983 (age 36)
Biography
Widely acclaimed today as the first ever openly (and genuinely) gay rock star, an iconic status which only seems to harden as time passes, Jobriath can also be described among the saddest casualties in modern musical history. The two albums he cut during 1973-1975 are collectors items today and deservedly so. But for at least two decades after their release, their maker's name was more likely to be evoked as an example of the dangers of hype, than anything else, with the actual quality of both his music and his performance deeply buried beneath the avalanche of scorn which knowing critics still pour on his head.

However, both Morrissey and the Pet Shop Boys have talked openly of their admiration for Jobriath, Jayne County has described him as America's premier glam rock idol and Mark Stewart is an unlikely, but equally loyal fan. So, too, are the generation of young glam rock fans who were curious enough to look beyond the record company hype (and the music industry hatred) to investigate the intriguingly packaged, deliciously delivered records which bore the singer's name. Neither has been scarred by time, neither has been overtaken by age. In 1973-1975, Jobriath records were regarded as a waste of time. Today, they are simply timeless.

A veteran of the original Los Angeles run of +Hair, Jobriath then relocated to New York, where he recorded one album with progressive rock hopefuls Pidgeon. The record went nowhere and Jobriath split for a solo career, managed by former Jimi Hendrix associate Mike Jefferies. They parted company soon after and Jobriath soldiered on alone, beating his head against what was rapidly becoming a wall of unmitigated hostility towards his music. One of the most popular of the manifold legends surrounding Jobriath is the reaction which a set of his demos drew from Columbia Records president Clive Davis -- "mad and unstructured and destructive to melody."

Davis' disdain did not fall on stony ground, however. Indeed, Jerry Brandt, at that time manager of Carly Simon, was so intrigued by Davis' remarks that he immediately set up a meeting with the singer, then signed him to a management deal. His enthusiasm was contagious as well. Elektra Records head Jac Holzman later confessed, "I made two errors of judgment in my days at [the label] and signing Jobriath was one of them." Equally incriminatingly, Jobriath doesn't receive a single mention in Holzman's official label history, -Follow the Sun.

At the time, however, Elektra's belief in Jobriath appeared limitless. The label spent over $80,000 on his eponymous debut album, with almost half of that sum being poured into promotion. At the height of glam rock, Jobriath was being portrayed as the glammiest artist of them all -- and when the inevitable comparisons with David Bowie were floated, Brandt knew precisely how to respond. "Jobriath is as different from Bowie as a Lambourghini is from a Model A Ford. They're both cars, it's just a question of taste, style, elegance and beauty." Full page ads in Vogue, Penthouse, and the New York Times forwarded such claims into areas that had never previously been courted by the music industry. A 50-foot square billboard in Times Square saw his visage glowering over New York's daily commuters; posters on the front of London's bus fleet ensured he dominated that city as well. Both Cashbox and Rolling Stone ("Jobriath has talent to burn") gave the album rave reviews, while an appearance on TV's #Midnight Special raised the singer's media profile even higher.

Unfortunately, the record simply didn't sell, at home or abroad. Such was the enormity of the hype built around Jobriath, so vast were the promises which his backers were making, that when the album finally hit the streets, there was no way it could live up to its billing -- no way, in fact, that any record could. As Jac Holzman later reflected, "the music seemed secondary to everything else. It was... lacking in any sense of reality. It's an embarrassment." A proposed European concert debut at the Paris Opera House was canceled and though Elektra allowed Jobriath to record a second album, they already seemed to have washed their hands of him. Creatures of the Street received little promotion, poor reviews, and near-zero sales. A U.S. tour during spring, 1975, drew little attention (and even less applause) and it was only towards the end of an utterly miserable and apparently drug-crazed venture that Jobriath and his band, the Creatures, finally began winning over audiences. Their last ever performance, at Tuscaloosa University, ended with five encores and a near riot.

It was too little, too late. Brandt dropped Jobriath from his roster midway through the outing and immediately the tour was over and Jobriath announced his retirement. He retreated to the glass pyramid he had erected on the roof of the Chelsea Hotel in New York, where he would remain for the rest of his life.

He attempted to break into Hollywood, auditioning for a role alongside Al Pacino in #Dog Day Afternoon, but was passed over. Attempts to record a third album never got beyond the demo stage; there was also talk of a presumably autobiographical rock musical, to be titled #Pop Star. It, too, never came to fruition, and by the early '80s, Jobriath was working as a singer in a New York cocktail bar. He passed away in July 1983, of AIDS-related illnesses. ~ Dave Thompson, Rovi 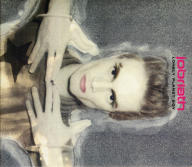 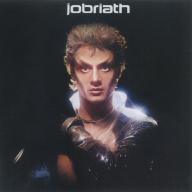 Creatures Of The Street
1974 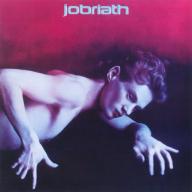