Close
Morrissey
from Davyhulme, Manchester, England
May 22, 1959 (age 62)
Biography
As the lead singer of the Smiths, arguably the most important indie band in Britain during the '80s, Morrissey's theatrical crooning and literate, poetic lyrics -- filled with romantic angst, social alienation, and cutting wit -- connected powerfully with a legion of similarly sensitive, disaffected youth. These fans turned the Smiths into stars in Britain, exerting tremendous pull over much of the country's guitar-based music for many years after their breakup. Even if the group remained underground cult artists in the States, they had a fan base that slowly, steadily grew larger over the years. Indeed, within a few years after Morrissey began his solo career with Viva Hate (1988), his American cult had grown to the point where he became more popular in the U.S. than in his homeland, where he nonetheless remained a perennial headline maker in the music press. After a quiet period around the turn of the millennium, Morrissey launched a comeback in 2004 with You Are the Quarry, an album whose success proved that he was still one of the most intriguing figures in alternative rock.

Stephen Patrick Morrissey was born May 22, 1959, in Manchester, England; not surprisingly a shy, awkward youth, he became obsessed with music and film as a teenager and devoted his writing talents to penning a New York Dolls fanzine (he was the president of their U.K. fan club), as well as a tribute to James Dean and numerous opinionated letters to the weekly music paper Melody Maker. During the explosion of punk in the late '70s, Morrissey unsuccessfully auditioned for Slaughter the Dogs and sang for a brief period with a band called the Nosebleeds. He met guitarist Johnny Marr in 1982 and the two began writing songs together, forging one of the most productive partnerships British pop had seen in quite some time. The Smiths' 1983 debut single, "Hand in Glove," a love song filled with oblique references to homosexuality, made them an underground sensation in the U.K. and as Morrissey attracted more attention, he demonstrated a flair for manipulating the media. His interviews were filled with blunt, unpredictable opinions and intentionally outrageous statements, and his notoriety wasn't hurt by his stage presence (he performed wearing a hearing aid with flowers sticking out of his back pockets) or his self-proclaimed celibacy in the wake of much speculation about his sexuality.

Possessed of a darkly cynical bent as a lyricist, he was often misinterpreted as advocating some of the more disturbing things he sang about, which only added to the furor surrounding the band. The Smiths' eponymous 1984 debut was a smash in the U.K., and in its wake, Morrissey began promoting his political views, heavily criticizing Margaret Thatcher, and advocating vegetarianism (hence the title of the follow-up LP, Meat Is Murder). The Queen Is Dead (1986) was acclaimed as a masterpiece, but friction between Morrissey and Marr was growing. Marr departed after 1987's Strangeways, Here We Come and Morrissey broke up the rest of the band to begin a solo career.

Feeling betrayed by Marr's defection, Morrissey channeled his frustration into creating new material with producer Stephen Street. His first two solo singles, "Suedehead" and the gorgeous "Everyday Is Like Sunday," were significant British hits in 1988 and his first album, Viva Hate (its title a reference to the Smiths' breakup), was commercially and critically well received. He released several more high-quality singles, including "The Last of the International Playboys" and "Interesting Drug," but spent an inordinate amount of time laboring on the follow-up album, issuing the stopgap compilation Bona Drag in 1990. In the meantime, the Madchester fad was sweeping British indie music, and when the lackluster Kill Uncle was finally released in 1991, it only magnified the disappointment. U.K. reviewers took Morrissey to task, suggesting that the record marked the end of his glory days and that he would never be able to match the songs he'd written in tandem with Marr.

A misperceived flirtation with British nationalism (not helped by a couple of seemingly racial caricatures in recent songs) tarnished his image even more in the U.K. press during 1992, this coming amid even more frequent reports of feuds with his managers, business associates, and ex-bandmates. All the controversy overshadowed the fact that 1992's Mick Ronson-produced Your Arsenal was a smashing return to form; Morrissey used his new guitar tandem of Alain Whyte (who co-wrote much of the material) and Boz Boorer (formerly of rockabilly revivalists the Polecats) to full advantage in crafting a crunchy, glammed-up record. It easily ranked as the hardest rocking of his career. Meanwhile, over in the U.S., tickets for his upcoming tour were selling like hotcakes and he managed to sell out L.A.'s Hollywood Bowl even faster than the Beatles had.

His confidence renewed by his American success (to the point where he permanently moved to Los Angeles), Morrissey delivered an equally strong follow-up in 1994's calmer Vauxhall and I, which even got him his first Top 50 singles chart entry in the U.S. with the MTV-supported "The More You Ignore Me, the Closer I Get." A hit-and-miss compilation, The World of Morrissey, followed in 1995, after which he switched labels (from Sire to RCA) for the first time since the Smiths' debut album. Also issued in 1995 was the prog rock-informed Southpaw Grammar, which confounded many and perhaps prevented him from expanding his American audience past a now-sizable group of longtime listeners. In 1996, he moved to another new label, this time Island, and released Maladjusted the following year. It failed to sell well outside of his most fanatical followers and his relationship with Island ended in 1998.

In the years that followed, Morrissey remained a massively popular touring attraction on the strength of his singular identity, despite the fact that he had yet to land another record deal. Finally, he signed his Attack label to Sanctuary, and released his first studio album in seven years, 2004's You Are the Quarry, featuring production by Jerry Finn (blink-182, Sum 41, and Green Day). The album's leadoff single, "Irish Blood, English Heart," garnered considerable press, radio, and music television attention, and established a comeback of sorts. The concert recording Live at Earls Court followed one year later, as did the DVD concert Who Put the M in Manchester?, which saw a brief theatrical release.

His second full-length for Sanctuary, Ringleader of the Tormentors, was produced by Tony Visconti (T. Rex, David Bowie) and released in spring 2006. Recorded in Rome, the album also featured some orchestration by famed composer Ennio Morricone. Around this time, Morrissey's longtime guitarist and writing partner Alain Whyte left the band. Although Whyte continued to contribute songs for Morrissey, he was largely replaced on album and in live shows by guitarist Jesse Tobias.

In 2009, Morrissey released Years of Refusal, his first under Decca after label changes found Sanctuary being absorbed into the Universal Music Group (which owned Decca). Produced by Finn and once again showcasing guitarist Tobias, Years of Refusal found Morrissey going for a more stripped-down, back-to-basics rock approach. Sadly, Finn suffered a cerebral hemorrhage just after wrapping production on the album. He fell into a coma and died just over a month later on August 21, 2008. Despite the tragedy surrounding it, Years of Refusal was largely hailed as Morrissey's best album in years.

Over the next few years, Morrissey busied himself with rejigged reissues of his solo material, and various other compilations surfaced, including the 2009 B-sides collection Swords and the 2011 set Very Best of Morrissey; he also played live with semi-regularity. Early in the summer of 2012, he announced in an interview with JuiceOnline.com that he was tentatively planning to retire in 2014. Morrissey then spent much of 2012 and 2013 touring the world. For a time in 2013, he had a bout with bad health that saw him hospitalized first for an ulcer and then for pneumonia.

A film of a March 2013 show at L.A.'s Hollywood High School was released as 25Live that August, and was issued on DVD and Blu-ray before the end of the year. His autobiography -- published by Penguin Classics that October -- was well-received and became a number one best-seller in the U.K.

In January 2014, despite his earlier proclamation of retirement, Morrissey signed a new record deal, this time with Capitol. Six months later, he released his tenth studio album, World Peace Is None of Your Business, on Capitol's Harvest imprint. In promotion of the album, Morrissey shot several short films that he released online, in which he delivered spoken word versions of the title track as well as the singles "Istanbul," "Earth Is the Loneliest Planet," and "The Bullfighter Dies." By August 2014 Morrissey was once again without a label, having parted ways with Harvest. He also revealed that he'd undergone treatment for an undisclosed type of cancer. Nonetheless, he continued touring, wrapping up the year with a two-month stint in Europe.

In January 2015, following several live shows in the U.K., Morrissey appeared in a high-profile concert at New York's Madison Square Garden supported by Blondie. That March he released a fifth single from World Peace Is None of Your Business, the digital download "Kiss Me a Lot." Also in 2015, Morrissey announced the publication of his debut novel, List of the Lost, for Penguin. In 2017 he returned with the Low in High School LP; the album entered the British charts at five and the Billboard charts at 20. Two years later, Morrissey delivered California Son, a collection of covers that concentrated largely on folk-rock and pop tunes from the '60s. Returning to new material, the singer collaborated with R&B icon Thelma Houston on "Bobby, Don't You Think They Know?," the first single from his 2020 album, I Am Not a Dog on a Chain. Released in March of 2020, I Am Not a Dog on a Chain debuted at three in the U.K. ~ Steve Huey, Rovi 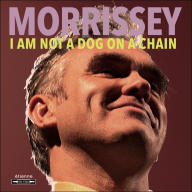 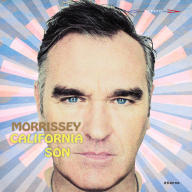 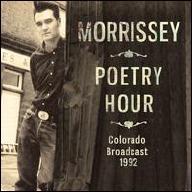 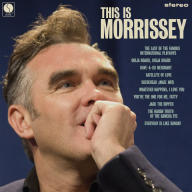 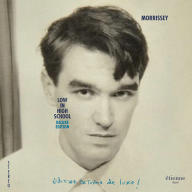 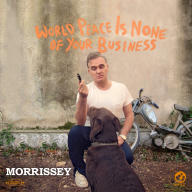 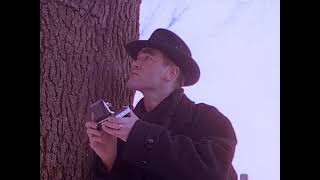 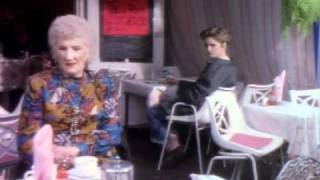 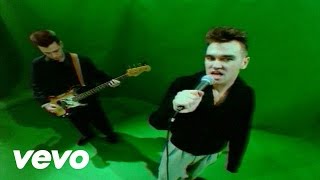 Morrissey - The Last Of The Famous International Playboys 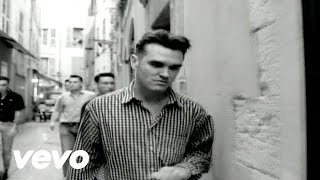 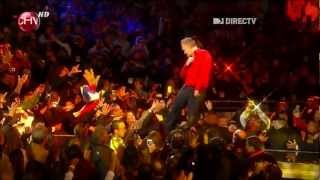 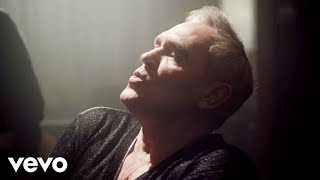