Close
Mark Eitzel
from Walnut Creek, CA
January 30, 1959 (age 62)
Biography
One of the most celebrated and idiosyncratic American songwriters of his generation, Mark Eitzel is best known as the leader of the iconic indie rock band American Music Club, who spun beautifully chaotic webs of guitar from Eitzel's gloomy but compassionate studies of lost souls and alcohol; since striking out on his own, Eitzel has embraced a number of different musical approaches, while his witty but downcast lyrical style has remained constant.

John Mark Eitzel was born in the Northern California town of Walnut Creek on January 30, 1959. Eitzel's father was an engineer who worked for the United States Army, and as a consequence his family moved frequently, with the Eitzels living in Okinawa and Taiwan before settling in Great Britain for several years. While in Asia, Eitzel and his older sister became fascinated with pop music, and though Mark had developed a taste for confessional singer/songwriters such as Joan Armatrading and Leonard Cohen while living in the U.K., as a regular reader of New Musical Express he became fascinated with the first wave of punk rock in 1977, and seeing a show by the Damned and the Adverts encouraged him to begin writing songs of his own. (By this time, Eitzel had also embraced and rejected Christianity, and began combating his social awkwardness by drinking heavily.) A few months later, Mark's family returned to the United States and settled in Columbus, Ohio, where Mark enrolled at Ohio State University. At OSU, Eitzel bonded with members of Columbus' tiny punk rock community, and joined a band called the Cowboys. While the Cowboys initially played only covers of well-known punk favorites, in 1980 they cut a single of two original tunes, "Teenage Life" b/w "Supermarket," which became Eitzel's first commercially released recording.

Only a few months after releasing their 45, the Cowboys broke up, and Eitzel formed a new group, the Naked Skinnies, with Eitzel on guitar and vocals, Nancy Kangas (whom Eitzel would call his muse and who became a figure in a number of his songs) on organ, John Hricko on bass, and Greg Bonnell on drums. The Naked Skinnies released a single in 1981, "All My Life" b/w "This Is the Beautiful Night," before moving to San Francisco. While the Naked Skinnies gigged occasionally in California, their recordings disappeared in a robbery at the band's house, and after Eitzel angered local music promoter Dirk Dirkson with a deliberately confrontational performance, they were blackballed from most San Francisco venues, leading to the group's breakup in 1982.

While planning his next move, Eitzel continued to write songs, and in 1982 he released a cassette-only album of dissonant original material called Mean Mark Eitzel Gets Fat. The cassette received little notice, and in 1983 Eitzel began playing at a San Francisco coffee shop called The Tattoo Rose, which featured a weekly songwriters night. Soon one of Eitzel's friends, Brad Johnson, began sitting in on upright bass, and when guitarist Scott Alexander came aboard to make Eitzel's act a trio, the leader came up with a purposefully nondescript name for the act: American Music Club.

The initial three-piece version of American Music Club dissolved after a year, and a variety of musicians floated in and out of the lineup (including former Naked Skinnies drummer Bonnell) before the group shared a bill with a band called the Farmers. The Farmers featured guitarist Mark Pankler, who used the stage name Vudi; he'd witnessed the Naked Skinnies show that angered Dirk Dirkson and was quite impressed, and after being reacquainted with Eitzel, the two struck up a friendship. When the provisional AMC lineup fell apart, Vudi put together a new band for Eitzel. With Eitzel on vocals and acoustic guitar, Vudi on lead guitar, Dan Pearson on bass, Brad Johnson moved to keyboards, and Matt Norelli on drums, this would be the first edition of American Music Club that would reflect Eitzel's promise as a songwriter, singer, and frontman.

In 1985, American Music Club recorded their first album, The Restless Stranger, with producer Tom Mallon, who would later replace Norelli on drums. While AMC's lineup would evolve over the next several years, the group's recordings began earning enthusiastic reviews in America and the United Kingdom, and in 1991, the group's fifth album, Everclear, became a critical smash and a modest independent success. The relative success of Everclear led to AMC signing with Reprise Records, but while their major-label debut, 1993's Mercury, was another creative triumph, it failed to connect with a larger audience, despite the band's growing following in the United Kingdom, and after 1994's San Francisco failed to click critically or commercially, American Music Club broke up.

Ironically, the same year that Everclear gave AMC a modest breakthrough, Eitzel had released a solo album, Songs of Love Live, taken from a solo acoustic performance in London. In 1992, Eitzel issued a solo single, "Take Courage," through Matador Records, and in 1996, Eitzel made his official solo debut with the jazz-influenced 60 Watt Silver Lining, released by Warner Bros. The album received mixed reviews and poor sales, but for 1997's West, Eitzel collaborated with R.E.M.'s Peter Buck, who co-wrote the melodies and produced the sessions. The relatively upbeat album won rave reviews and sold better than its predecessors, but it wasn't the commercial breakthrough Warner Bros. was hoping for, and Eitzel was dropped by the label. Undaunted, Eitzel reconnected with Matador Records, who issued the stark 1998 set Caught in a Trap and I Can't Back Out 'Cause I Love You Too Much Baby. Eitzel had developed an interest in electronic music, and on 2001's The Invisible Man, he fused a number of his melodies with synthesized backings he produced and performed himself. (While touring in support of The Invisible Man, Eitzel sold an album at his merchandise table called Superhitsinternational, which was the second of several limited-edition tour-only releases Eitzel would make available to his fans.)

Eitzel took a vacation from songwriting for his next two projects: 2002's Music for Courage and Confidence found him interpreting the work of a handful of other noted songwriters, and 2003's The Ugly American consisted of new recordings of American Music Club favorites, with Eitzel backed by a group of Greek folk musicians. In 2003, American Music Club reunited for a series of live shows, and the following year they released a new album, Love Songs for Patriots, which saw Eitzel emphasizing the political themes in his songwriting. (A live recording from the tour following Love Songs, A Toast to You: Live in Pittsburgh received belated release in 2011.) Candy Ass, in which Eitzel further explored electronic music, was released in 2005 to lukewarm reviews, and in 2006 he co-founded the Undertow Orchestra, a collaborative project with David Bazan (of Pedro the Lion) and Vic Chesnutt. The Undertow Orchestra dissolved after a single tour, but recordings of the group appeared on Eitzel's limited-edition release Ten Years of Tears. Eitzel and Vudi next teamed up to form a new group called the MacArthur Park Music Club, with Sean Hoffman on bass and Steve Didelot on drums. However, after discovering there was limited commercial interest in the new band, Eitzel and Vudi opted to call it American Music Club, and released the album The Golden Age under that name in 2008. The tour that followed proved contentious, and the band broke up.

In 2009, Eitzel began a collaboration with playwright Simon Stephens to create the stage musical Marine Parade, with Stephens writing the book and Eitzel penning the music and lyrics. The show debuted at the 2010 Brighton Festival, and received mostly positive reviews; two songs that appeared in the show popped up on Eitzel's 2009 album Klamath. In the spring of 2011, while Eitzel was writing and recording demos for a new batch of songs, he suffered a severe heart attack, but had recovered well enough by the end of the year to begin recording with producer Sheldon Gomberg, whose services were secured when one of Eitzel's friends won the lottery and used part of his winnings to pay Gomberg's fee. The album, Don't Be a Stranger, was released by Merge Records in the fall of 2012. In 2017, Eitzel released Hey Mr. Ferryman, a new collection of songs recorded in England with former Suede guitarist Bernard Butler, who produced and played guitar, bass, and keyboards. ~ Mark Deming, Rovi 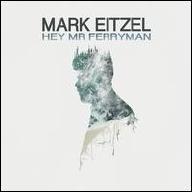 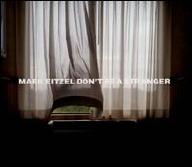 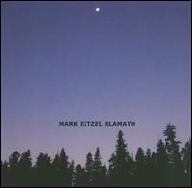 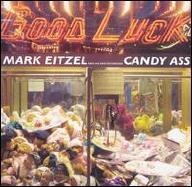 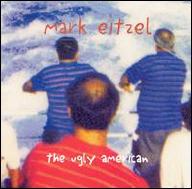 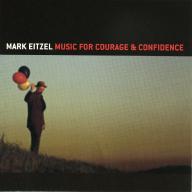 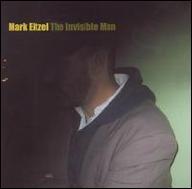 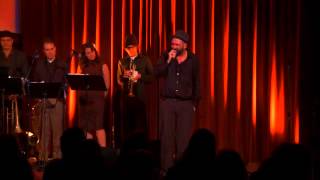 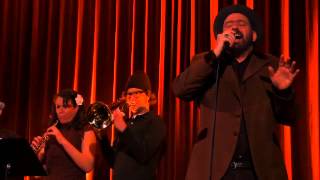 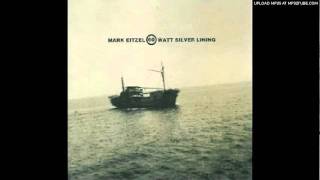 Mark Eitzel - No Easy Way Down 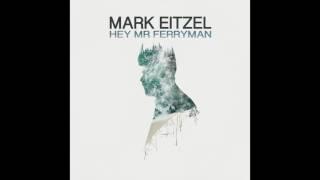 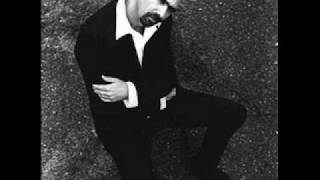 Mark Eitzel - Everything Is Beautiful (Audio Only) 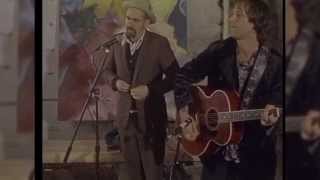