Close
Miguel Atwood-Ferguson
from Topanga, CA
Biography
Based in Los Angeles, Miguel Atwood-Ferguson is a multi-instrumentalist, arranger, composer, producer, conductor, DJ, and educator who has worked with countless singers, musicians, rappers, and ensembles spanning nearly every genre of music. He has contributed to hundreds of recordings and soundtracks, including albums by Ray Charles, Barry Manilow, Mary J. Blige, Makaya McCraven, and numerous artists related to the Los Angeles beat scene, like Flying Lotus and Thundercat. Additionally, he has performed on television backing major stars such as Rihanna, Christina Aguilera, Lady Gaga, and Hall Oates. He is also known for his long-standing association with the similarly multi-talented Carlos Niño. Atwood-Ferguson participated in Niño's creative music ensemble Build an Ark, and the two have worked on additional albums and projects such as 2007's Fill the Heart Shaped Cup and the 2020-issued live date Chicago Waves. He has also received acclaim for his tributes to J Dilla, including the 2010 release Timeless: Suite for Ma Dukes.

Miguel Atwood-Ferguson was raised in Topanga, an arts district in Western Los Angeles. He began his formal violin lessons when he was four, performed in a school orchestra throughout his youth, and composed his first symphonic piece when he was ten. He switched to viola when he was 12, and continued working in classical music while becoming increasingly interested in rock, soul, hip-hop, jazz, and other genres. He was featured on segments broadcast on the Disney Channel and Los Angeles public television, and his first professional recording session was for a rap album by basketball star Kobe Bryant, which ended up being shelved. Atwood-Ferguson presented a viola concerto titled In Memoriam of Love Lost for his final project as a high school senior at Crossroads School for Arts & Science. He then studied at the University of Southern California, where he graduated with a degree in Viola Performance.

He appeared on albums by DMX, Ray Charles, Dakah Hip Hop Orchestra, Thirty Seconds to Mars, Barry Manilow, and numerous others, gradually gaining a reputation as one of Los Angeles' most sought-after musicians and arrangers. His extensive list of television appearances includes performances with OutKast's Big Boi at the 2004 Nickelodeon Kid's Choice Awards, with Rihanna at the 2007 American Music Awards, and with Shakira, Wyclef Jean, and Gnarls Barkley at the 2007 Grammy Awards.

In 2007, Atwood-Ferguson and Carlos Niño collaborated on the album Fill the Heart Shaped Cup, released by Los Angeles label Alpha Pup. Atwood-Ferguson also began contributing to Niño's multi-generational ensemble Build an Ark, first appearing on their 2007 full-length Dawn. On February 22, 2009, Atwood-Ferguson arranged and conducted a sold-out tribute concert to the late J Dilla, performing his music with a 60-piece orchestra, including appearances by guest vocalists such as Amp Fiddler, Illa J, and Shafiq Husayn. Suite for Ma Dukes, a four-song studio EP with Niño, was released by Mochilla in 2009, and the concert was issued as Timeless: Suite for Ma Dukes in 2010.

Atwood-Ferguson continued his studio work, notably contributing to Flying Lotus' Cosmogramma and the Black Eyed Peas' The Beginning, while also leading the Miguel Atwood?-?Ferguson Ensemble (featuring musicians such as Kamasi Washington, Thundercat, and Bilal) and performing as a member of Quartetto Fantastico. Atwood-Ferguson orchestrated and conducted the first season of Marvel Comics' Luke Cage series in 2016. He continued leading performances of Suite for Ma Dukes in London, Los Angeles, and New York, and began working with Questlove of the Roots on large-scale concerts in 2017, arranging the majority of a Prince tribute in 2018. Chicago Waves, a recording of an improvised 2018 gig with Nin~o at Co-Prosperity Sphere in Chicago, was issued by International Anthem in 2020. ~ Paul Simpson, Rovi 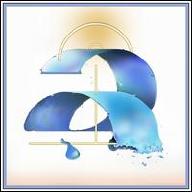 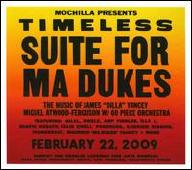 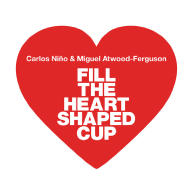 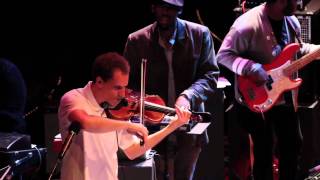 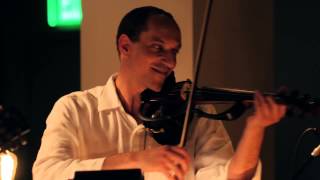 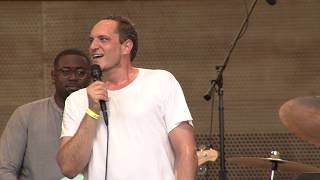 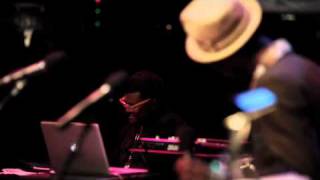 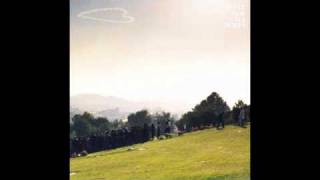 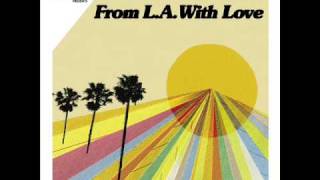 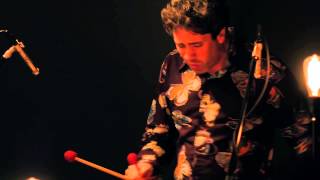