Close
Berry Gordy, Jr.
from Detroit, MI
November 28, 1929 (age 92)
Biography
The founder of Motown Records, Berry Gordy did what many people of his time believed could never be done: he brought Black music into millions of White Americans' homes, helping both Black artists and their culture gain acceptance, and opening the door for a multitude of successful Black record executives and producers. Though the music of Motown was not as raw or edgy as other RB labels, such as Chess and Stax, the songs that were written, produced, and released from "Hitsville USA" comprise some of the most enduring, sophisticated, and popular music of our time. Influential artists such as Marvin Gaye, Stevie Wonder, Diana Ross, Michael Jackson, and Smokey Robinson were all discovered and their talents fostered by Berry Gordy. Motown groups like the Four Tops, the Supremes, and the Temptations are regarded as some of the best vocal groups ever to record. Even now, years after Gordy sold the company, the reputation of excellence he forged at Motown continues to stay with the famous label.

Berry Gordy was born in Detroit in 1929, during the early years of the Depression. The seventh child of eight, his father was an enterprising man who ran a grocery store, a plastering business, and managed apartment buildings, among other things. A high school dropout, Gordy had two loves in his teens: music and boxing. Dividing his time between writing songs on the piano and training at a local Detroit gym under champion trainer Eddie Futch, Gordy fostered both talents. A fairly successful lightweight, at 19 Gordy had an epiphany concerning his future. Realizing the tough life of a boxer compared to the classier life of a musician, he devoted all his energies to songwriting.

After a stint in the army temporarily sidelined his musical ambitions, Gordy returned to Detroit and opened a record shop, his first real foray into the music business. The shop failed, but it gave Gordy an even deeper drive to be a part of the music industry. Supporting his wife and three children by working in a Detroit auto plant and songwriting at night, Gordy's compositions were soon finding their way into the hands of local artists. Through his sister Gwen, Gordy met a local manager named Al Green; when one of his new acts, Jackie Wilson, needed a song, Berry was the man who provided it. In late 1956, Reet Petite, co-written by Gordy, sister Gwen, and friend Roquel Davis, became a hit for Wilson. Several more hits followed, including Lonely Teardrops, To Be Loved, and I'll Be Satisfied, all written by Gordy.

The trio's hits for Wilson and Etta James (All I Could Do Was Cry) gave them the reputation of movers and shakers in the business, and soon aspiring artists, songwriters, and producers were coming to them in hopes of catching a break. When a dispute over royalties on a Jackie Wilson hit broke out between Gordy and Green, Gordy vowed not to give another song to Wilson. The resulting split left Gordy on his own.

Setting up a publishing company, Gordy met a young singer named William Smokey Robinson, who fronted a group called the Miracles. Gordy became their manager and together they co-wrote the hit Got a Job. Two more hits and a distribution deal with United Artists followed, and a long creative partnership and friendship began between the two men. Bolstered by his recent success and aided by his family and friends, Gordy bought a house at 2648 West Grand Boulevard in Detroit, named it "Hitsville USA," and started his own label, Tamla. The house doubled as a recording studio, and with talented young Detroit musicians such as Smokey Robinson, Barrett Strong, and Eddie Holland hanging around, it wasn't long before Tamla was turning out hits. In 1960, the first song wholly conceived and produced at Hitsville, the Gordy composition Money (That's What I Want), became a hit. Not long afterwards, the Miracles hit with Way Over There and Shop Around, Motown and Berry Gordy were nationally recognized.

With the success of the Miracles, endless numbers of young, talented artists from the area began to show up at Hitsville. Soon Marvin Gaye, the Temptations, the Supremes, the Four Tops, and Stevie Wonder were all recording for Tamla and its parent label, Motown. No fool to the ways of business, Gordy set up an environment of stiff competition at the label (sometimes directly, sometimes indirectly) where artists and producers were constantly trying to outdo one another and were, in the process, outdoing their own last releases. The strategy worked, and the company had hit after hit during the early '60s with songs, like My Guy, that broke the color barrier, reaching not just the Black radio stations, but going pop and succeeding among White audiences, as well.

Over the next several years, Gordy drew on his automobile-production roots to create an assembly line of hits and hitmakers at Motown. The label's new motto was "the sound of young America," and writers like Holland/Dozier/Holland, Harvey Fuqua, and Norman Whitfield churned out million-seller after million-seller for the Supremes, Martha the Vandellas, and the Temptations. Gordy, realizing that great presentation is key, also hired Maxine Powell to run the Motown Finishing School, a glorified charm school that made Motown artists look, talk, and act like the stars they were becoming.

Throughout the '60s, Motown was riding high, and Gordy emerged as one of the young Black elite in show business. Yet the family atmosphere for which Motown was known was beginning to crack through the years of forced competition and favoritism. It was no secret that Gordy favored Smokey Robinson and Diana Ross over many of the other artists, and in 1968, the production team of Holland/Dozier/Holland left Motown, filing a $20 million lawsuit against Gordy. In 1970, Diana Ross the Supremes, a virtual symbol of Motown's success, broke up, ending an era.

Not long after, Gordy pulled up stakes in Detroit and relocated the multi-million dollar operation to L.A. There he concentrated on Ross' acting career, producing the Ross vehicle #Lady Sings the Blues. Though the company had recently signed the Jackson 5, and Marvin Gaye and Stevie Wonder were entering the most successful eras of their career, in L.A. Gordy's stranglehold on the magic of Motown lessened. Ross' solo career was not as triumphant as he had hoped, and Gordy had lost much of the tight-knit family atmosphere that originally made Motown so successful. By the mid-'80s, Motown was losing millions, and in 1988, Gordy did what he never thought he could: he sold Motown to MCA for $61 million.

The sale of Motown, though sad for many, was concrete proof of Gordy's success. Taking an $800 loan from his family, he turned Motown into the most successful Black-owned label in history. In the process, Gordy also brought the world countless memorable songs, not only through his vision for spotting talent in others, but also his own talent as a songwriter and producer. ~ Steve Kurutz, Rovi 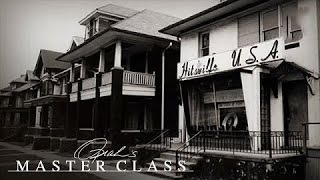 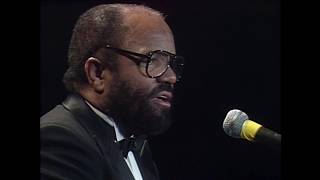 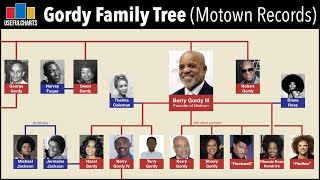 Berry Gordy: The Man Behind Motown 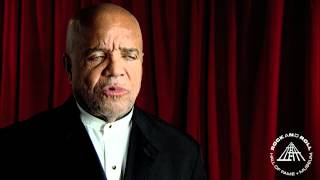 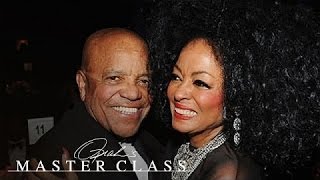