Close
安室奈美恵 (Namie Amuro)
from Okinawa, Japan
September 20, 1977 (age 44)
Biography
Namie Amuro is Japanese pop's most resilient idol. Debuting in 1992 with the all-girl five-piece Super Monkey's, where she first caught the attention of Tetsuya Komuro, the producer/songwriter who would go on to shape her early career, Amuro has bounced back from hurdles that have felled lesser J-pop idols (namely raising a family and divorce) to remain on top. And like any J-pop starlet worth a theme song to a hit anime movie, Amuro has built up a solid rapport with her fans through her sense of style as much as for her music, which is essentially RB-influenced pop, harder edged and more risqué than that of her rival Ayumi Hamasaki.

Born in the city of Naha, in Japan's southern tropical islands of Okinawa, Namie Amuro (born Namie Maruyama on September 20, 1977) began performing from an early age, encouraged by her mother. Amuro's solo career did not take off until her second album, Sweet 19 Blues, released in July 1996 on Avex Trax. Few albums are as emblematic of an era. Preceded by the single Body Feels Exit in October 1995, Sweet 19 Blues was written and produced by Tetsuya Komuro, a former member of the mid-'90s pop act Globe and who went on to dominate the Japanese pop landscape as a songwriter and producer.

Sweet 19 Blues, released with no less than four different sleeves, typified the songwriting and production values of Komuro -- namely, a highly polished dance-pop sound characterized by disco rhythms and funky basslines. As a result of its huge sales (over three million albums sold in Japan), it is also the Amuro album most associated with her legion of young fans, dubbed "Amura" by the media and who, for the most part, followed their idol's lead in dyeing their hair brown, plucking their eyebrows, and proudly wearing the same fashion accessories. High heels, a miniskirt, and tattoos -- in addition to Amuro's provocative dance routines featured in her videos -- all added up to an altogether less wholesome image than that perpetuated by Amuro's contemporaries. Komuro was also behind the controls for Amuro's third album, Concentration 20, released in August 1997, including the gospel-influenced single Can You Celebrate? The theme song to the Fuji TV drama #Virgin Road, it went on to sell two million copies, becoming a karaoke staple and a popular choice as a wedding song with young Japanese couples.

An enforced hiatus came about in 1997 when Amuro, aged 20, became pregnant with boyfriend and future husband Sam (Masaharu Maruyama) of the pop group TRF. This far from signified the end of her career, and Amuro soon launched a successful comeback at the end of 1998 with a performance on the widely watched New Year's television show #Kohaku Uta Gassen, broadcast on NHK. Avex brought the heavyweight RB production talents of Dallas Austin in for Amuro's fourth album, Genius 2000, released in January 2000. Austin's previous credits included TLC, Boyz II Men, and Monica. Amuro played to 120,000 fans in total during her nationwide tour of Japan in March of the same year. While she was broadening her scope of collaborators (she would also record with the respected Japanese rap duo m-flo), Amuro earned her first songwriting credit, for the 2001 single Say the Word. At the 2002 MTV Video Music Awards Japan, Amuro was awarded the "Inspiration Award Japan" as recognition for her influence on Japanese pop.

Another hiatus of sorts was broken in December 2003 when Amuro released her first album of original material in three years, Style, an album with a marginally more gritty RB edge that took her closer in sound to her musical idol, Janet Jackson. Significantly, for this album Amuro had ended her musical relationship with Komuro. The transformation from dance-pop to a more mature, transatlantic sound was completed with Amuro's next album, 2005's appropriately titled Queen of Hip-Pop, Amuro's best-selling release since 2000's Genius 2000. ~ David Hickey, Rovi 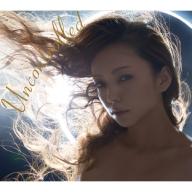 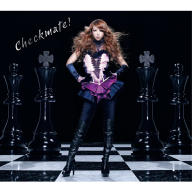 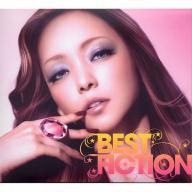 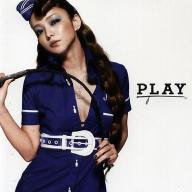 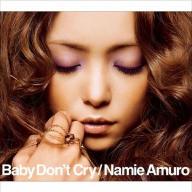 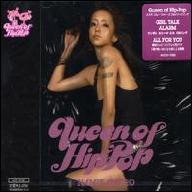 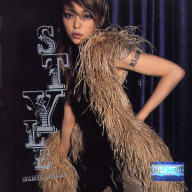 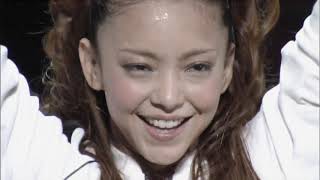 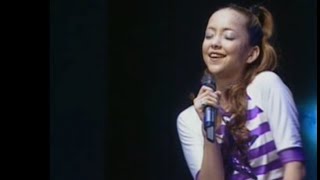 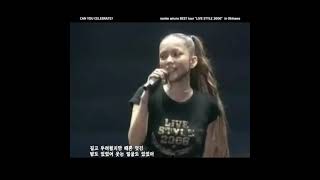 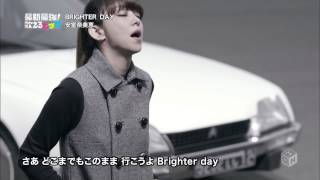 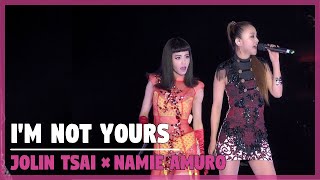 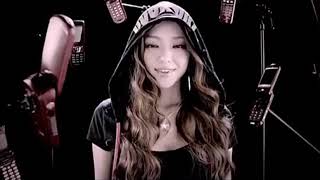