Close
Scott Morgan
from Ann Arbor, MI
Biography
Scott Morgan is one of the major and enduring figures on the Michigan rock scene, forming his first band well before the British Invasion helped sparked the '60s garage rock explosion and still playing tough, soulful rock & roll nearly 50 years later. Morgan sang tough, soul-influenced rock with the Rationals from 1964 to 1970 (their best work can be heard on the collection Think Rational!), and in the '70s was a member of the legendary but little-heard Sonic's Rendezvous Band with former MC5 guitarist Fred Sonic Smith, who took the high-energy Detroit sound of the '60s and gave it a streamlined overhaul for a new decade. (One of their blistering live sets can be heard on Live, Masonic Auditorium, Detroit, 01/14/1978.) Morgan would show off his blue-eyed soul leanings with the Solution on 2007's Will Not Be Televised and his Detroit-style rock shouting with the Hydromatics (best heard on the self-titled 2000 compilation); both were side projects with members of Sweden's the Hellacopters. Guitar-fueled hard rock was the order of the day with Morgan's main project of the 2000s, Powertrane (their sole studio effort was 2007's Beyond the Sound), before he returned to his rock & soul roots with his solo efforts (2010's Scott Morgan was his first proper solo album).

Born in Ann Arbor, Michigan, Morgan came from a family of music fans, and after he caught the music bug as a child, his parents bought him a guitar and he learned to play, first inspired by instrumental acts like Lonnie Mack and the Ventures. While attending Forsythe Junior High, Morgan struck up a friendship with fellow student Steve Correll, who also played guitar, and in 1962 they decided to form a band. Steve's brother came up with the name the Rationals, and when a local high school student named Bob Pretzfelder agreed to play drums, the band had its first proper lineup. By the time Morgan and Correll had moved on to Ann Arbor's Pioneer High School, Bill Figg had replaced Pretzfelder, and when Steve's parents decided to send him to military school for a year, Terry Trabandt became the group's new guitarist. Correll had returned to Ann Arbor and Pioneer High by 1964, and with Steve back on guitar and Terry on bass guitar, the classic lineup of the Rationals was in place.

Influenced by the new sounds of British acts like the Beatles and the Kinks and the emotional power of soul and R&B, the Rationals were one of the Midwest's first great blue-eyed soul combos, fueled by Morgan's powerful vocals, and after hooking up with manager and producer Jeep Holland, they became one of the most popular acts in the state, sharing stages with many of the biggest names of the day and cutting a handful of regional hits for Holland's A-Square Records label, including a 1966 version of Otis Redding's "Respect" that pre-dated Aretha Franklin's cover. Cameo-Parkway picked up "Respect" for nationwide release, and their version of the Goffin/King classic "I Need You" won them a short-lived deal with Capitol Records, but as the Rationals began embracing a harder sound and emphasizing the guitar interplay between Correll and Morgan, they parted ways with Holland. The band moved from teen clubs to psychedelic ballrooms, and in 1969, after Morgan turned down an invitation from Al Kooper to join Blood, Sweat Tears, the Rationals finally recorded their belated debut album. But by the time it was released in 1970, the bandmembers were at odds with one another, and when the album proved to be a commercial disappointment, the Rationals called it quits.

Within a few months of the Rationals' breakup, Morgan and Trabandt formed a new group called Guardian Angel; the band didn't last long, and Morgan next formed a combo called Lightning. In 1973, Morgan cut a solo single, "Take a Look" b/w "Soul Mover," which featured Fred Sonic Smith of the MC5 on lead guitar; it marked the beginning of a collaboration with Smith that would lead to the formation of Sonic's Rendezvous Band in 1975. Arguably the best rock band to never cut an album, SRB featured Morgan and Smith on guitars and vocals, Gary Rasmussen of the Up on bass, and Scott Asheton of the Stooges on drums. The group took the high-energy sound of the MC5 as a starting point and made it both leaner and more muscular; SRB earned a passionate following in the Midwest for their electrifying live shows, but without record label interest, the band wasn't able to take its local success to the next level, and in 1980 they broke up after releasing just one single, with the song "City Slang" on both sides. (Eventually, the group became a legend among fans of high-energy rock, and a number of posthumous releases of live tapes and demos have appeared, most notably a six-disc box set released by Easy Action Records in 2006.)

After the breakup of Sonic's Rendezvous Band, Morgan formed the Scott Morgan Band, featuring Rasmussen and Asheton on bass and drums; after cutting an album for a French label, the group evolved into Scots Pirates, with Morgan trading off vocals with Kathy Deschaine and playing off a rotating lineup of guitarists, including Brian Delaney, Bobby East, and Michael Katon. (In 1991, before Scots Pirates got off the ground, there was a short-lived Rationals reunion; recordings of the re-assembled band appear on the Morgan collection Medium Rare.) After Scots Pirates released a pair of albums for the Michigan-based Schoolkids Records label, Morgan joined the supergroup Dodge Main, which also featured Wayne Kramer of the MC5 and Deniz Tek of Radio Birdman; the short-lived combo released an album for Alive Records in 1996. In 1998, Morgan met up with Nicke Royale of the Swedish hard rock band the Hellacopters; a big fan of Sonic's Rendezvous Band, Royale suggested a collaboration, and he and Morgan formed the Hydromatics, whose 1999 album Parts Unknown paid explicit homage to the high-energy sound of Michigan's golden age. Morgan and Royale have also worked together in another international combo, the Solution, rooted in the sounds of classic soul and R&B and putting Morgan's vocal talents to excellent use.

In 2001, Morgan crossed paths with Robert Gillespie, a talented guitarist who had worked with Rob Tyner, Mitch Ryder, and the Torpedos; after Gillespie played on some studio recordings with Morgan, the two clicked and formed Powertrane with Chris Box Taylor (Mazinga, the Avatars) on bass and Andy Frost (Hydromatics, the High Rollers) on drums. A series of shows with guest guitarists Deniz Tek and Ron Asheton of the Stooges were documented on the 2002 live album Ann Arbor Revival Meeting, while their first studio album, Beyond the Sound, was released in 2007. In 2009, Britain's Big Beat Records released a two-disc collection of the Rationals' recordings for A-Square Records, Think Rational!; to celebrate the release, Morgan did a series of live shows with a group of Detroit musicians he dubbed "the Irrationals," playing material from the Rationals' songbook. Several members of "the Irrationals," including Matthew Smith, Jim Diamond, Chris Box Taylor, and Dave Shettler, joined Morgan in the studio to record the 2010 album Scott Morgan, his first proper solo album in a recording career spanning five decades. Three years later, Easy Action released a rarities-filled triple-disc retrospective of Morgan's entire career called Three Chords and a Cloud of Dust. Health problems sidelined Morgan for much of the 2010s, but he bounced back to release a second solo effort in 2017, Rough Ready, with Morgan backed by members of the Detroit band the Sights. ~ Mark Deming, Rovi 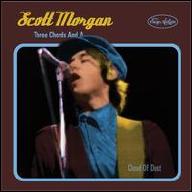 Three Chords And A Cloud Of Dust
2015 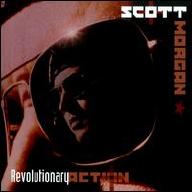 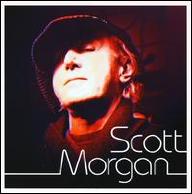 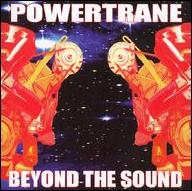 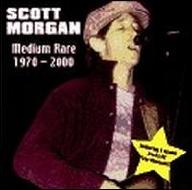 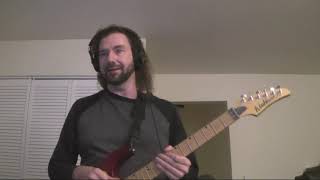 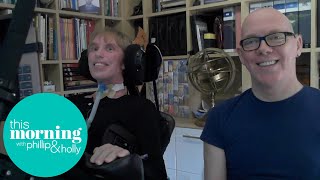 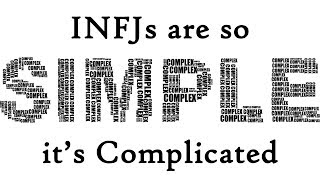 INFJs are so Simple it's Complicated 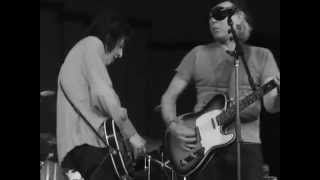 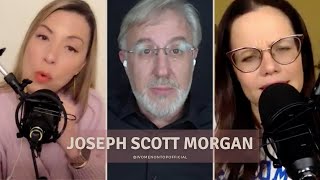 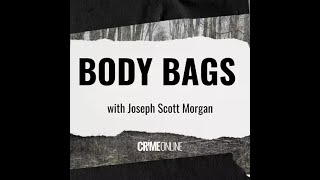 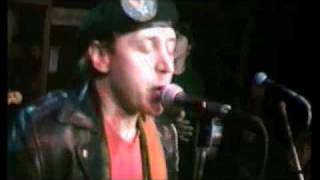