Close
Rain Parade
from Los Angeles, CA
formed January 1, 1981 - January 1, 1987 (age 6)
Biography
In the early '80s it wasn't fashionable to look back to the psychedelic sounds of the '60s for inspiration, but a small group of fellow travelers on the West Coast did just that. Dubbed the Paisley Underground, the groups took different elements of the era and updated them for the times. The Rain Parade were part of this small movement and they were the most indebted to the mystical psych and hazy pop of the bygone era. Their 1983 debut album Emergency Third Rail Power Trip combined languid tempos, streamlined melodies, modal counterpoints and impressionistic lyrics with a skill that few of the original groups of the '60s could manage. After that impressive start, the band faced a major setback when founding member David Roback left to form Opal. They bounced back to release a country rock-tinged EP (1984's Explosions in the Glass Palace) and record that cut back on psych in favor of more modern rock sounds (1986's Crashing Dream) before splitting up. They did re-form in the 2000s to play a series of shows, and in 2019 appeared with other Paisley Underground bands to create 3x4, an album where the bands paid tribute to each other by covering each others songs.

The Rain Parade was formed by guitarists David Roback and Matt Piucci, who met when they were roommates at a small college in Minnesota. Both had a keen interest in music, and while their heads had been turned by the explosion of punk rock, both were fascinated by bands like Love and the Byrds, and as Roback told a reporter, "the Rain Parade was very much a recasting of our punk interests in more musical terms, inspired by our fascination with music history." Piucci decided to leave school in April 1981 in order to move to California and make music, and Roback followed suit. They formed a band called the Sidewalks to perform '60s-style garage rock, but soon they started exploring the more refined branches of psychedelic rock, and they evolved into the Rain Parade, with Piucci and Roback joined by David's brother Steven Roback on bass, Will Glenn on keyboards, and Eddie Kalwa on drums. When the Rain Parade began playing out in the spring of 1982, they discovered they weren't the only band in town that had embraced sounds of the '60s, and along with the Dream Syndicate, the Long Ryders, Green on Red, True West, the Three O'Clock, and the Bangles, they became part of a scene that was dubbed "the Paisley Underground," though each band clearly had their own sound and influences. In mid-1982, the Rain Parade recorded and self-released their first single, "Look What She's Done to Your Mind" b/w "Kaleidoscope," and as their local following grew, the following year they struck a deal with ambitious independent label Enigma Records, and released their debut album, Emergency Third Rail Power Trip. Zippo Records, distributed by the well-connected indie label Demon Records, issued the album in the U.K., and soon the Rain Parade were becoming a critical favorite with a growing fan following on both sides of the Atlantic. David Roback, however, quit the group before they could begin work on their next recording, and he soon re-emerged with the band Clay Allison, which gave way to Opal, featuring former Dream Syndicate bassist Kendra Smith. As a quartet, the Rain Parade recorded an EP, Explosions in the Glass Palace, that was issued in 1984, and the group became a five-piece again with the addition of guitarist John Thoman, who came aboard in time for a tour of Japan that produced the live album Beyond the Sunset, released in 1985. The Rain Parade signed a major-label deal with Island Records, and the band recorded their second full-length studio effort for the label, 1986's Crashing Dream, which featured new drummer Mark Marcum. The record proved to be the last made by this incarnation of the band; they split up before the year was out.

Roback would later find mainstream success with the group Mazzy Star, while Steven Roback formed Viva Saturn and Matt Piucci cut a memorable album with Tim Lee of the Windbreakers, Can't Get Lost When You're Goin' Nowhere, under the group name Gone Fishin. Piucci also sat in with Crazy Horse for the sessions that produced the 1989 album Left for Dead. In the fall of 2012, Matt Piucci, Steven Roback, and John Thoman assembled a new edition of the Rain Parade to play a benefit after Windbreakers guitarist Bobby Sutliff was seriously injured in an auto accident. For the benefit, Piucci, Roback, and Thoman were joined by guitarist Mark Hanley, bassist Alec Palao, and drummer Gil Ray. Following the Sutliff benefit, the new edition of the Rain Parade headed out on a brief tour, and in late 2013, they were part of a pair of shows (in Los Angeles and San Francisco) in which they shared the stage with three other iconic Paisley Underground bands, the Bangles, the Three O'Clock, and the Dream Syndicate. The experience led the groups to start talking about making a record together and after a few years of wrangling and planning, 3x4 was released in 2019 by Yep Roc. It featured each of the four bands playing a favorite song of the other three. The Rain Parade's contributions were a throwback to their original heavily psychedelic sound and featured a lineup of original members Steven Roback and Matt Piucci, John Thoman from a later edition of the group, drummer Stephan Junca, guitarist Derek See, and keyboardist Mark Hanley. Co-founder David Roback died on February 25, 2020 at the age of 61. ~ Mark Deming, Rovi 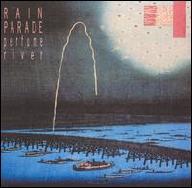 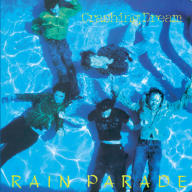 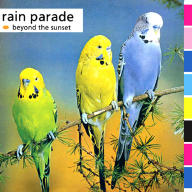 Explosions in the Glass Palace
1984 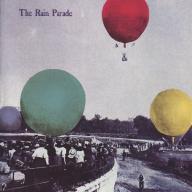 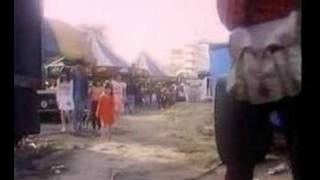 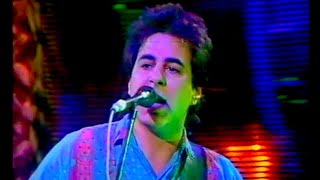 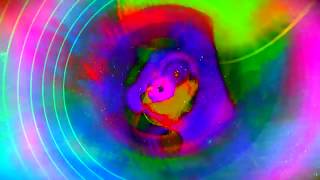 rain parade - when you smile 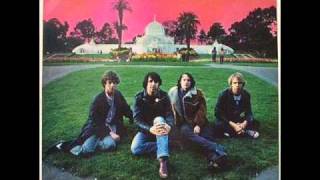 Rain Parade - No easy way down 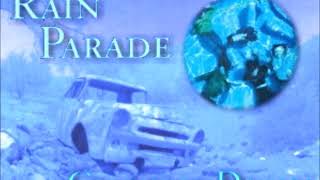 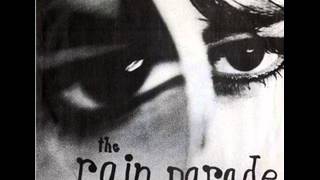 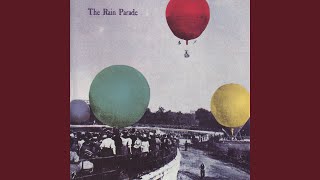 No Easy Way Down
Available here: